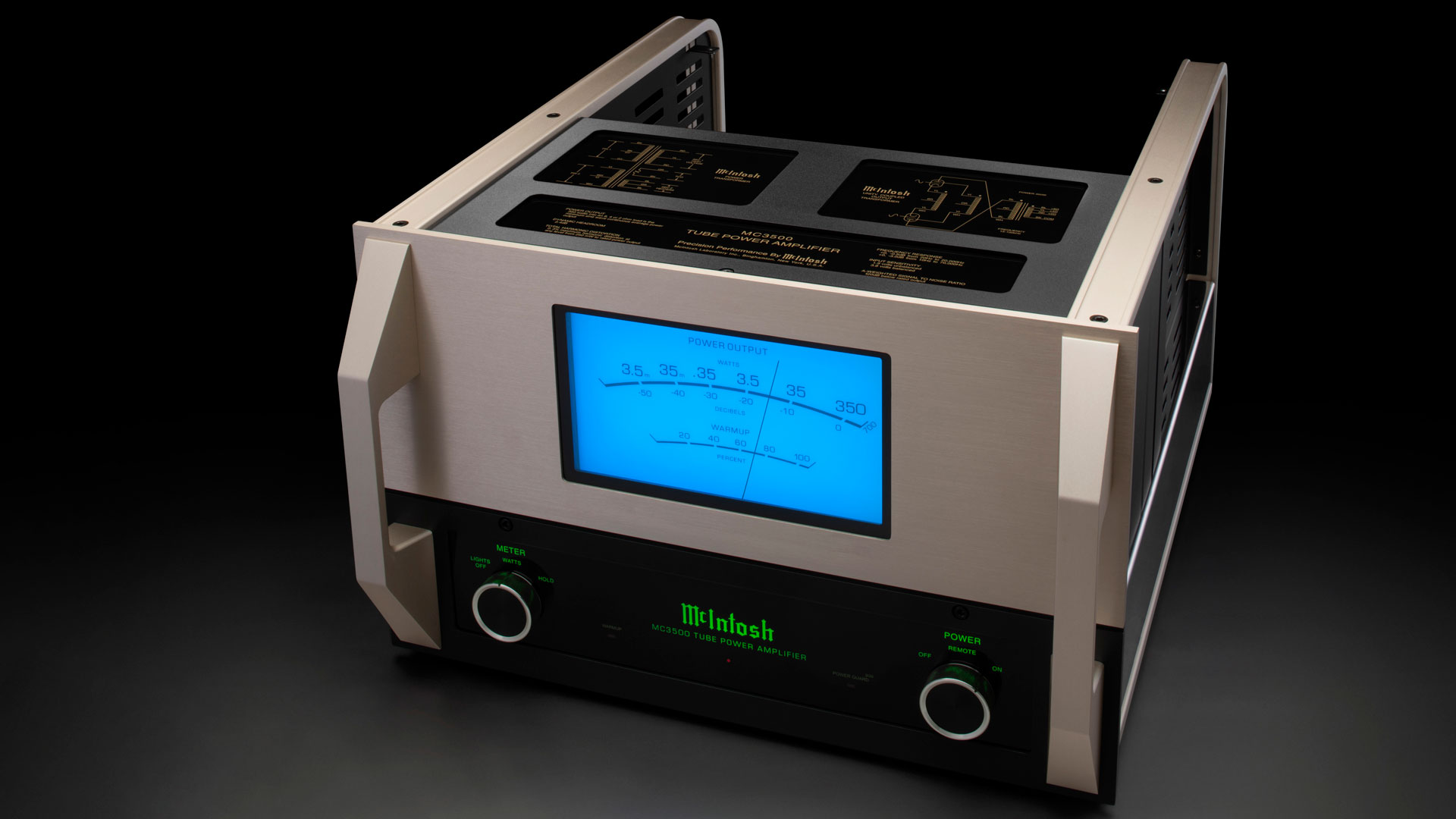 Towards the end of the year, McIntosh is introducing two new flagship products: the MC3500 Mk II tube power amplifier – modeled after the MC3500s used at Woodstock – and the new C12000 two-piece tube/transistor preamplifier.

At the historic Woodstock Open Air in 1969, McIntosh MC3500 tube power amplifiers – which formed the basis of the audio system used – provided sound for more than 400,000 visitors. After McIntosh President Charlie Randall first dreamed of bringing the MC3500 back into production in 2019, at an event celebrating Woodstock's 50th anniversary, that dream has now come true. After more than two years of development, McIntosh unveils the new MC3500 Mk II tube mono power amp.

Inspired by the original MC3500 (1968-71), the new McIntosh MC3500 Mk II tube power amp is a 350-watt monoblock that incorporates everything McIntosh has been able to maximize in tube power amp design since the 1960s. Thanks to McIntosh's "unity-coupled-circuit" output transformer, the MC3500 Mk II is said to be capable of delivering a full 350 watts to virtually any loudspeaker with an impedance of 2, 4 or 8 ohms. The respectable output power is generated by eight EL509S high-power tubes, which are said to be very similar in characteristics and sound to the 6LQ6 "sweep tube" of the original MC3500. Like the original MC3500, the MC3500 Mk II features a fully balanced driver section with three 12AX7A and one 12AT7 tube.

The "Power Guard Screen Grid Sensor™" (SGS) is additionally designed to prevent premature tube failure by monitoring the screen grid current in the output tubes. The "Sentry Monitor™" checks the output current and shuts down the amplifier if it ever exceeds safe limits. The MC3500 Mk II further utilizes a "DualView™" VU meter, with the upper scale indicating output power in watts/decibels, and the lower scale indicating its warm-up time. The front panel is machined aluminum with a bead-blasted finish and gold anodizing, reminiscent of the look and finish of the original MC3500. A clear glass insert covers the VU meter, and the black glass front on the bottom houses the knobs and illuminated McIntosh lettering.

With the also new C12000, the developers from Binghamton realized tube and transistor preamplification with complete separation of the control and power sections. In each of the two chassis – the C12000C controller and C12000ST preamplifier – the left and right channels are electrically and mechanically separated to allow true dual-mono operation. The C12000 preamplifier offers 12 analog inputs: six balanced, four unbalanced, and two unbalanced phono inputs, which can now be freely configured as either moving coil or moving magnet inputs with adjustable capacitance, resistance, and gain.

The two-part high-tech preamp offers both a tube and a transistor output. A total of six tubes power the high-level preamp section, with two 12AT7 and one 12AX7A tubes assigned to the left and right channels respectively. The transistor output worka via a discrete, balanced operational amplifier. The phono stage uses four 12AX7A tubes, with two per channel in a fully balanced configuration with RIAA equalization. The new preamp flagship is equipped with four outputs: 1x tube (balanced), 1x transistor (balanced), 1x fixed (unbalanced) and 1x programmable (unbalanced, tube or transistor selectable). For headphones, a high drive amplifier is available, which aims to harmonize with a wide range of models. Finally, the power control functionality allows other connected McIntosh components to be switched on and off automatically.