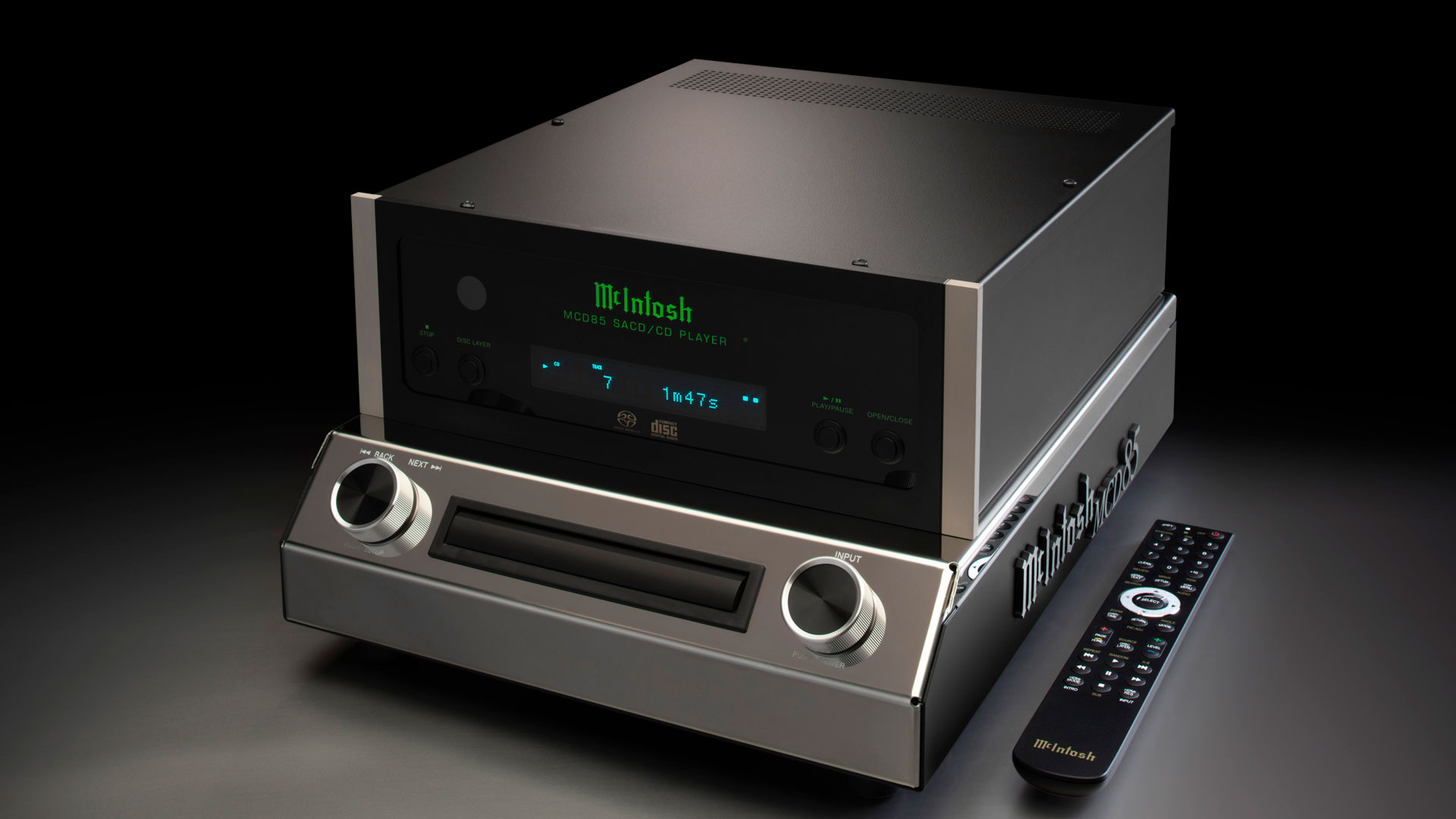 The MCD85 plays commecrically purchased SACDs and CDs as well as music from homemade/burned CD or DVD discs, and it is compatible with numerous file formats.

The USB audio input supports DSD256 as well as DXD384kHz and can be used to stream digital music from either a computer or a digital storage device. Four full DAC channels with a maximum PCM rate of 32-bit/192 kHz are assigned to each audio channel.

Analog outputs are available in balanced and unbalanced versions for connection to a preamplifier.

The state-of-the-art CD tray with a precision die-cast aluminum drawer is said to run smoothly and quietly. Thanks to 2x reading speed, data from the disc can be temporarily stored in a buffer, which is supposed to allow an improved error correction. Various "control" ports allow seamless integration into existing McIntosh setups.

Weighing just over nine kilograms and having a width of approximately 31 centimeters, the McIntosh MCD85 is supposed to be available starting in April* at an MSRP of €5,750*.