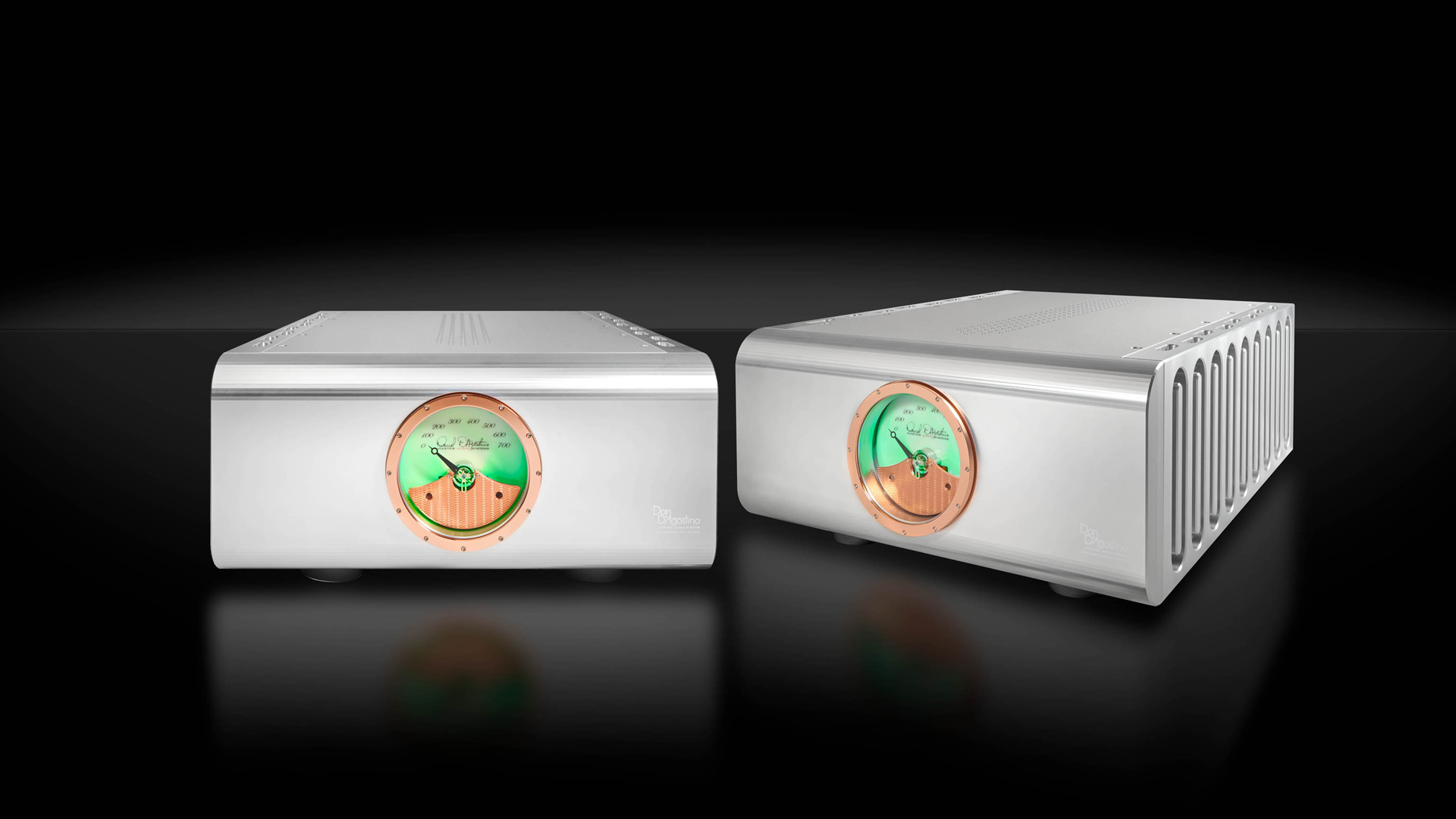 The Progression Series from Dan D'Agostino gets a new Addition

The "Progression" series by Dan D'Agostino enters the next generation and seems to have been further optimized at almost all points relevant for the sound.

The design of the second generation Progression M550 mono power amplifier is clearly in the style of the D'Agostino product family. Derived directly from the flagship Mono Amplifier "Relentless", each heatsink is machined from a single block of aluminum weighing 22 kilograms. The special shape is said to dramatically improve the cooling performance and further ensure that the Progression M550 Mono Amplifier always runs safely and reliably, even at full power.

The Progression M550 delivers 550 watts into 8 ohms, as the name suggests. At 4 and 2 ohms, it offers 1,100 and 2,220 watts respectively. The concept of the Progression M550 includes significant revisions to the input topology, compared to its predecessor. Distortion, signal-to-noise ratio, channel separation and bandwidth are all said to have been improved. New transistors with six times the power of previous components and a new DC coupling circuit are said to boost low-frequency performance and increase bandwidth. The entire audio signal path is discrete, fully balanced and direct-coupled. Special circuitry protects the amplifier and associated components from unexpected problems during operation.

A new transistor is the basis for the improved output stage. This, first used in the Relentless mono amplifier, extends the high-frequency range, increases power handling fourfold, and provides a smaller gain matching tolerance. The extension of the safe operating range and high gain linearity are said to provide improved thermal stability even at maximum power output. Coupling the new transistor with the high-efficiency heat sink design allows for an increase in operating bias, which in turn allowed the Progression M550's Class A operating range to be raised to 70 watts. By combining the front end with this improved output stage, the dynamic impact, detail reproduction, and spatial integrity of the reproduction are said to have been significantly improved.

The "Super Rail Topology" was retained from its predecessor. This is supposed to result in a near-ideal output stage operation with improved dynamics, lower distortion and better speaker control. Sitting in the output topology are 48 power transistors supported by a 2,000 VA power supply transformer and nearly 100,000 Microfarads of power supply buffer capacity.

With the Progression S350 stereo amplifier, a powerful stereo power amplifier is also being added to the Progression family. This new design also uses the Super Rail circuit and benefits from the new and improved transistor in the output stage. Furthermore, it also uses a 2,000 VA power supply transformer coupled with nearly 100,000 microfarads of power supply buffer capacitance, paired with a fully complementary driver stage and an output circuit with 48 power transistors – 24 each for the left and right channels. This results in an output power of 350 watts into 8, 700 watts into 4 and 1,400 watts into 2 ohms.