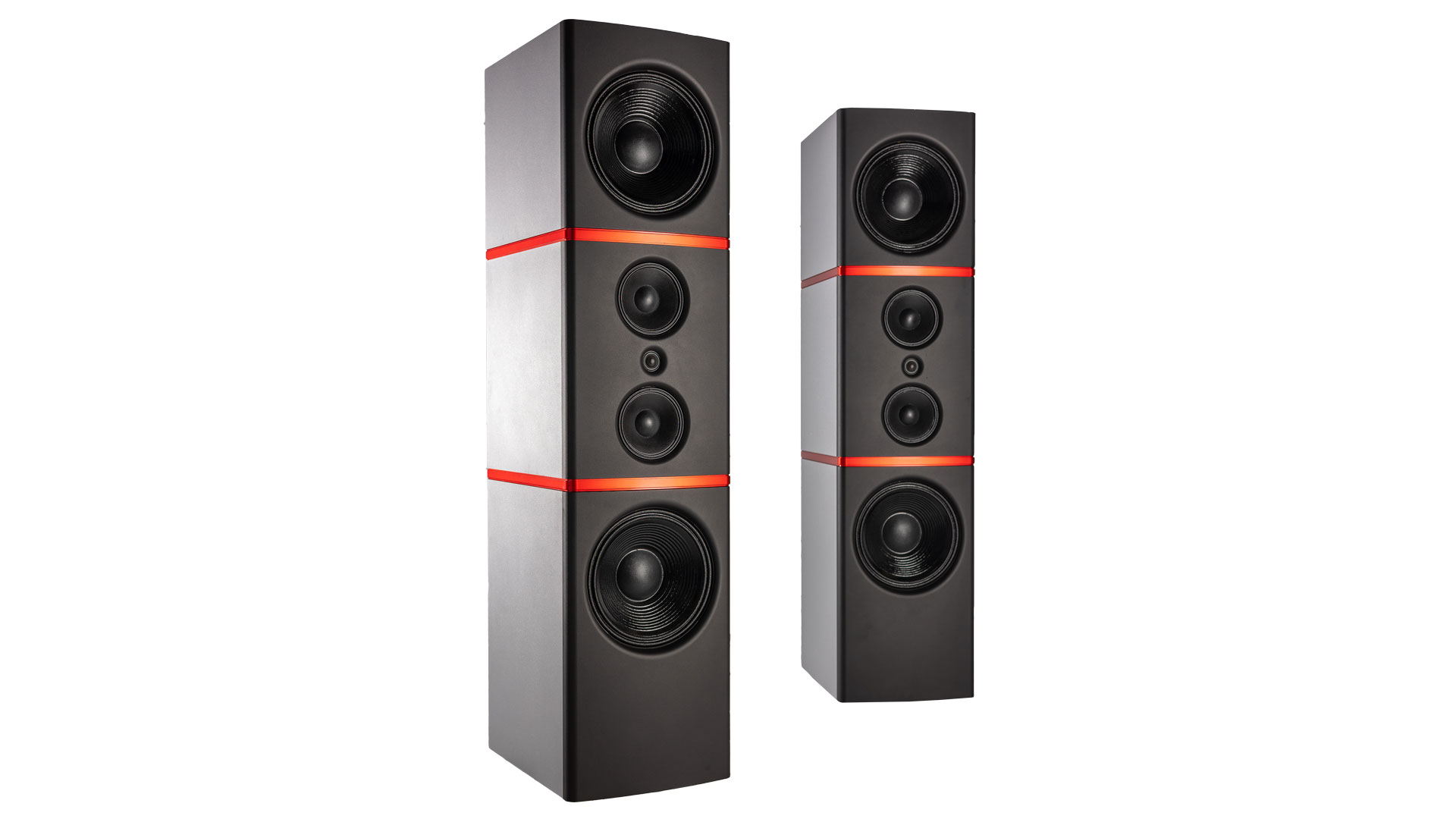 The new speakers from the Swiss manufacturer Stenheim aim to offer many advantages and qualities of their larger siblings from the flagship series "Reference Ultime", combining technology, sound and design at the highest level.

The cabinet of the "Reference Ultime Two" is smaller than that of the other models in the series, but just like them is made of solid aluminum. On the inside it is divided into six independent chambers, with every driver and the crossover each claiming its own. While the tweeter and the two midrange drivers match those of the other Reference models, the two 12-inch woofers are new and tuned to fit the smaller cabinet. These are supported by two rear-firing "laminar flow" bass reflex ports.

Unlike other Reference speakers, the Ultime Two do not have the option to be used as active speakers, as they only have a passive crossover built in. Thanks to bi-wiring terminals, bi-amping is possible. According to Stenheim, the new models, like all speakers from the Swiss company, should have particularly high efficiency.

The Reference Ultime Two are said to come with a 5-year warranty at a pair price of around $150,000 MSRP.