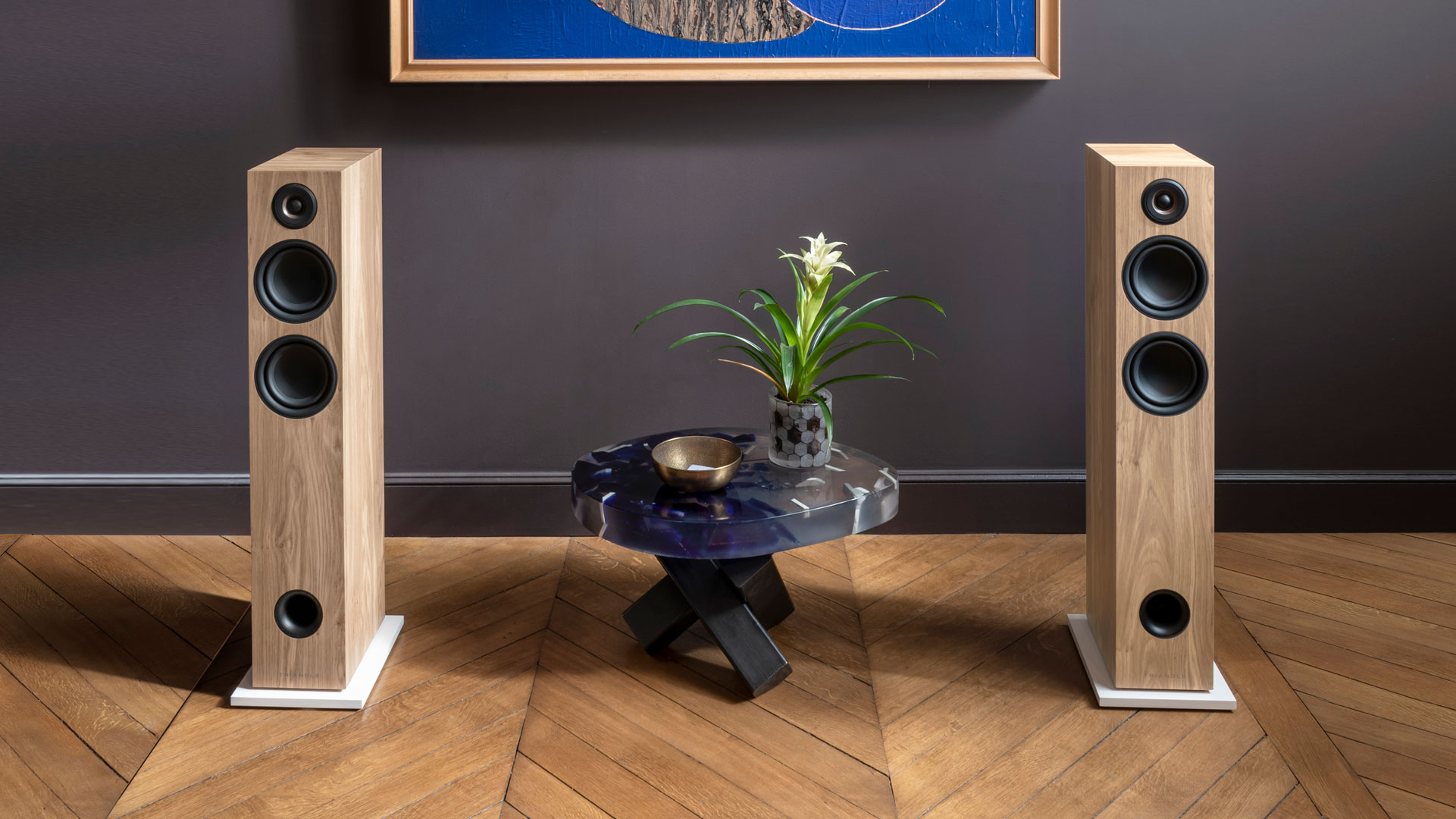 From now on, the LN05A active floorstanding speakers from French manufacturer Triangle come in two new finishes as well as at a reduced price.

The new "2022 Edition" of Triangle's LN05A active floorstanding speaker is distinguished primarily by the two new finishes in which the speakers are available: "Chestnut" as well as "Light Oak". The rest of the speakers should correspond to the previously available models; thus, the "new" LN05A offer the same connectivity options as the previous models. In addition to digital inputs in coaxial and optical variants, the speakers can also receive signals via Bluetooth, and carry an RCA input that can be switched to phono, as well as a 3.5mm jack and a subwoofer output.

Furthermore, Triangle has announced that the new models of the LN05A active speakers, equipped with a 25mm tweeter and two 13cm mid/bass drivers, will cost less than the previously available versions. The new price of the speakers – available immediately and shipped including remote control, speaker cable and spikes – is thus said to be around €1000 per pair.