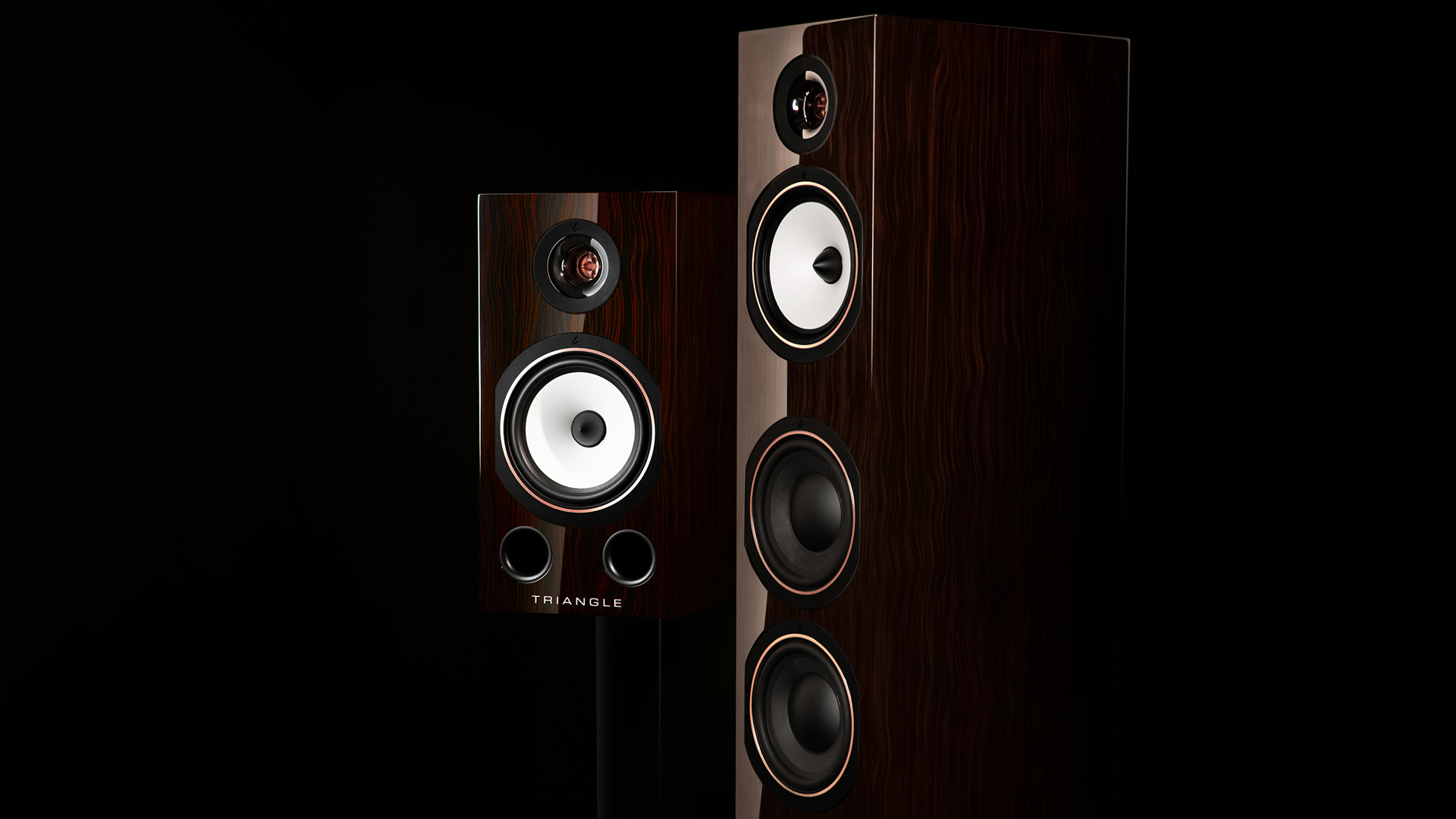 To celebrate its 40th anniversary, the French manufacturer Triangle presents a special limited edition of the loudspeaker models Antal and Comète.

Both special versions of the speakers are available in the variants "Santos", where the grain of the rosewood is refined with a glossy finish, or "Sycamore", where only a single layer of matte lacquer is applied to highlight the natural look of the wood.

In the 40th Anniversary series, magnesium anodized with rose gold was chosen for the dome of Triangle's signature horn tweeter, as magnesium has a particularly light weight combined with high strength. For the paper cones of the midrange drivers Triangle relies on a newly developed material made from 100% natural cellulose without any surface treatment. The new generation of woofers, used in the larger Antal 40th, are made from a unique blend of two types of cellulose combined with flax and carbon fiber. Thanks to the resulting high stiffness, these drivers are supposed to minimize distortion.

Concerning wiring, a method inspired by the Signature series is used in the 40th Anniversary editions. Two insulated copper wires are combined to offer a transmission adapted to the different frequencies of the signal spectrum. A PVC housing surrounding the entire cable mitigates electromagnetic interference. The wires are made of oxygen-free copper, "OFC," known for its transmission characteristics and fidelity.

Each 40th Anniversary edition speaker comes with a set of accessories including a variety of spikes. For the Comète 40th, a matching S04 40th Anniversary speaker stand is also part of the series.