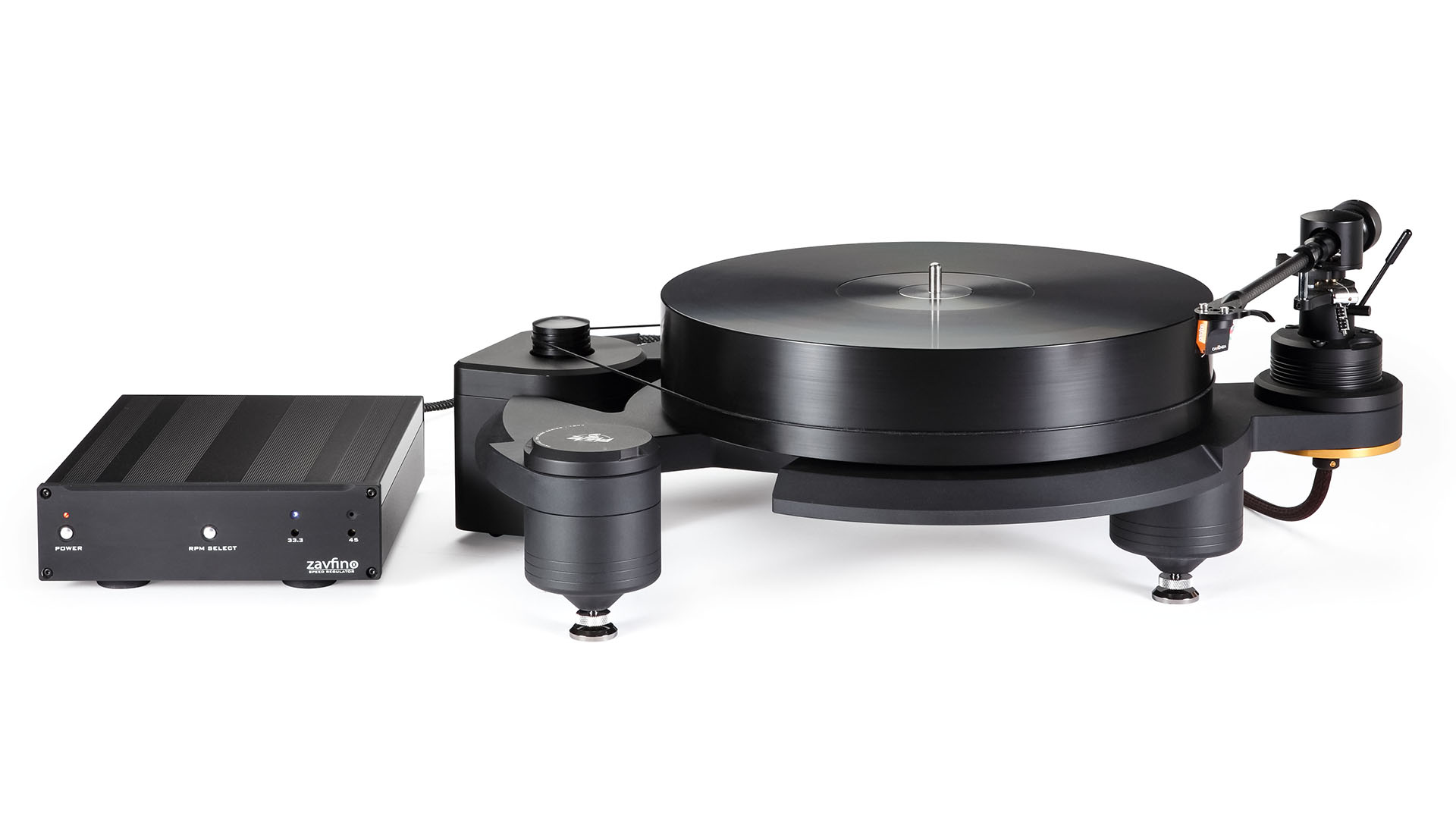 Form follows Function – With Zavfino, a new player entered the German analog market. The Canadian company has actually been around since 2005, and its ZV8-X shows that it‘s high time for this premiere.

Do you know Zavfino? Sounds kind of Italian, but the manufacturer comes from Truro in the Canadian province of Nova Scotia. They have been supplying tonearms, phono cables as well as internal tonearm wirings to well-known brands on a larger scale for quite some time. At some point, they decided to also operate under their own name – Zavfino 1877 Phono in its entirety, referring to the year Edison‘s phonograph was first made public.

In the soberly named ZV8-X turntable plus tonearm "Aeshna Carbon" from the Canadians, we discovered a record player with a striking look that was built as consistent as straightforward. But the appearance is not an end in itself. Rather, Zavfino claims that every detail of the chassis – which does without any hollow spaces that might potentially produce noise – is guided by the goal of avoiding resonances as effectively as possible. Unlike many exciting "design objects", form really does follow function here.

The 16-millimeter-thick plinth made of a hard aluminum alloy, which offers space for a second tonearm base if desired, hardly leaves any chances for resonances to attack. It rests on three pedestals made of the same material, and can be raised for leveling purposes via central Allen screws. The feet themselves stand on spikes that are also height-adjustable and come with their own damped pads.

The inverse bearing sits in the center of the construction, holding the 6.2-kilogram platter. This "hangs" instead of "sits" in the bearing, which is supposed to benefit stability. The platter itself is made from the thermoelastic plastic POM, which is characterized by high internal damping and is reinforced around a solid metal core into which the bronze bearing bushing – equipped with a Teflon thrust plate that is as resistant as it is low-friction – is embedded. This runs on a hard, smooth ceramic ball at the tip of the stainless steel axle. The latter has been provided with ridges through which the rotating platter continuously draws the bearing oil upwards.

In order to decouple the platter bearing from the plinth in terms of vibration, it is enclosed by an acrylic sleeve fastened via twelve screws. Zavfino titled this "Resonance Control 1" – the roadblock, so to speak, for any vibrations making their way towards the bearing. "Control 2", therefore, is the tonearm mount, which is also made of POM.

To prevent unwanted excitation, the 16-volt motor comes as a separate unit that is placed into a gap in the frame. Like the entire ZV8-X, its meticulously finished housing consists of black anodized aluminum. The pulley, on the other hand, is made of precisely machined, high-strength Delrin, which replaces resonance-sensitive metal here, and the black round belt of silicone.

Of course, the Canadians also know how crucial it is to have a power supply that is both accurate and potent. For that reason, the motor is fed by an external control unit, which extracts the signal in an AC circuit from the 50 hertz mains frequency. Fine adjustment is possible for both speeds. The connection to the "motor block" is made by a four-pole cable of sufficient length. In order for the "Speed Regulator" to fully display its positive effect, it is absolutely necessary to plug its PSU, once again external, in with the correct mains phase (see technical details). Otherwise, the playback will become considerably narrower and slightly muddy.

Zavfino also offers two 9.5-inch tonearms in its lineup, of which the higher-end Aeshna Carbon was mounted on our test ZV8-X. As the name suggests, its tube is made of carbon fiber – you can see the material‘s structure –, which is particularly suitable for this purpose due to its stiffness as well as other properties; the headshell in turn is made of aluminum.

Its suspension, also elaborately built, is a combination of a horizontal bearing in the form of low-friction ceramic balls and a knife edge bearing for the vertical movements. Magnetic damping ensures that the latter remains unaffected by the weight of the pickup or the modulations of the record, keeping the tube "on a knife‘s edge," so to speak. Clever!

To prevent unintentional changes to the tracking force as well as other movements, the scale-free counterweight, which runs snugly in its channel, is fixed after adjustment by means of an Allen screw. The progressively acting anti-skating is controlled by a weight placed at the base of the arm.

With an effective mass of 8.5 grams, the tonearm belongs to the lighter types. The German distributor ATR-Audio Trade offers the Zavfino set, which thus comes to 5200 euros, including Ortofon‘s sophisticated MC Cadenza Bronze. The pickup‘s diamond appears in the elaborate "Replicant 100" cut of the Danes and costs just under 1900 euros on its own. ATR softens the final sum with a special price of 6700 instead of 7100 Euros.

You should indeed consider this package, as the MC pickup not only perfectly fits to the Aeshna Carbon on the mechanical side – its own mass of about eleven grams results in a favorable resonance frequency of around ten hertz in view of the given dynamic compliance of 12 µm/mN – but also optimally complements the ultra-defined pace of player and arm with its style of playing: finely accentuating, not too present and foregounded. The result is as on-the-spot as it is highly musical.

This machine shines through the lower frequencies as if wanting to redefine the term "grip". Despite colorful opulence, nothing blurs, no aspect converges with another. In "Exactly Like You" from Ray Brown‘s album "Soular Energy", for example, the Zavfino meticulously depicted every single string of the bass, and the bass line of James Taylor‘s "Her Town Too", as richly contoured as it is impulsive, drove the track – running at a moderate tempo – without any nervousness, but with gnarly conciseness. This was achieved explicitely without the rubber mat, deemed dispensable by Zavfino themselves. Only top turntables achieve such unmoved matter-of-factness and high-end grandeur, which instead of heated narrowness creates serene audible transparency with a pronounced homogeneity!

For all its differentiation, the ZV8-X does not appear analytical or even drained in the slightest, but plays with fulminance. It also gave Diana Krall on her "Live In Paris" album a grand performance by placing the concert in a spacious frame and keeping a perfect overview in the tumultuous as well as in the quieter passages, while transmitting the tingling live atmosphere and breathing aura in the Paris "Olympia". Then, at the latest, it was obvious that Zavfino is by no means just any generic newcomer. It rather is a real discovery that even brings a high-quality phono cable with it.

This supposedly sober and rationally constructed turntable delivers a good portion of musical soul on top of a high-class performance. In this form, we‘ll enjoy following the impeccably functioning Canadian very much.

The debut could hardly have been better!  The newcomer, unknown at least to German analog fans, shows the maturity and depth of development that Zavfino acquired in many years of supplying other manufacturers. With the ZV8-X, the Canadians show what they are capable of. Especially in the package with Ortofon MC pickup, it is a certainly not too expensive high-end hit! 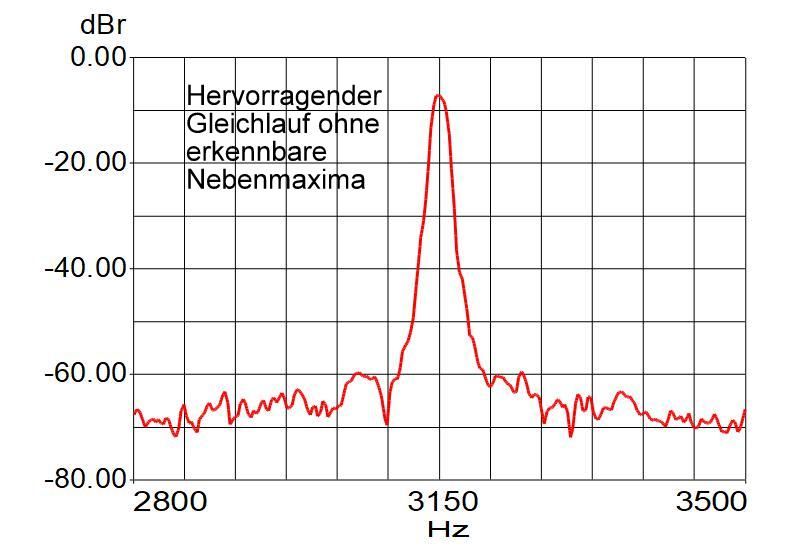 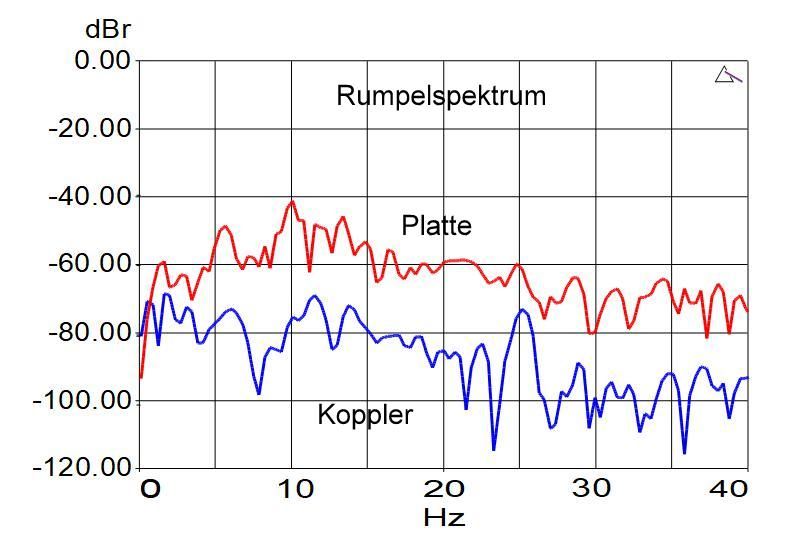 The very good synchronization as well as the convincing rumble values, especially when measured with the coupler, prove the technological standard. The mains phase refers to the input of the external power supply of the control unit.