Little Rock – The Maximus Neo from Acoustic Signature comes along looking heavy, massive and solid – just like a hard little rock. To us at STEREO, however, it presented itself not as crude or clunky, but as an analog jewel with even the finest details being polished and sophisticated.

"Solid, solid as a rock" – this well-known line from an Ashford & Simpson song was playing in my head upon first coming into contact with the Maximus Neo, the smallest turntable from southern German analog manufacturer Acoustic Signature. The compact player, primarily made of a special aluminum alloy, weighs exactly 18 kilograms. Including the tonearm, that is, here called TA-500 Neo. This one was also developed and produced by Acoustic Signature, located not far from Stuttgart in the town of Süßen.

Now, the only thing missing for analog bliss is a matching cartridge. Luckily, the company also has a few on offer. We decided to go with the MCX2; it is part of the "MC" series of the Swabians, spanning four models. This pickup is equipped with an elliptical diamond that is attached "nude" onto the cantilever. It is supplied by Ortofon, according to Acoustic Signature‘s specifications, and is based on their "Quintet" line. Instead of in a plastic housing, this version sits in a bright red anodized aluminum body, as immaculately manufactured as the entire turntable. The tonal tuning also deviates somewhat from that of the Ortofon counterpart, as the manufacturer wanted it to be slightly sweeter.

Then, the price tag reads something around 5850 euros, which is made up of he 3600 euros for the Maximus Neo drive itself, while the tonearm comes in at 1350 euros and the pickup at 900 euros. Nothing else is needed, since the included phono cable – often a typical weak link in such complete systems – is a high quality specimen. That‘s a rare case. Therefore, it does not need to be replaced shortly after.

Now follows the first look: the visuals are successful, the turntable looks energetic and sturdy. You‘ll also quickly notice the large aluminum panels covering the three feet, which are damped against impact noise. These give it somewhat of an adorable touch and they can be rotated easily for adjusting the height of the ultra-stable chassis. Aiming for the most direct coupling to the surface that is possible, a tiny, centrally embedded metal ball serves as the point of contact in each case.

5.8 kilograms of the considerable weight alone are accounted for by the 35 millimeters thick platter, including a resonance-absorbing insert in its bottom. It is kept in motion by a synchronous motor driving two square rubber belts. Each of these is thus under less strain and, above all, could compensate for any minor material irregularities its counterpart might have.

The motor is located in the upper left corner. Right next to it, the socket for the external power supply via the complex controller can be found. This continuously recalculates the high-purity signal being fed to the motor. On our test device, both speeds (RPM) were set so precisely that there was no need for any fine adjustment. This is possible by pressing two buttons, accesible only after removing a small cover. With these, the respective speed can be increased or reduced in extremely fine steps. Although you will probably never need to adjust the speeds in actual use, it is good to know that it exists.

Precision and stability are also the keywords when discussing the "Dura Turn Diamond" platter bearing. It is a further refinement of Acoustic Signature‘s proven "Tidorfolon" system. As before, the – now even smoother – platter axle is only guided on the side of its upper and lower ends, which should minimize friction and thus noise. According to the manufacturer, the still slightly porous bearing bushings made of sintered bronze now absorb more oil than before; the ball of the spindle runs on a mirror made of composite material that is self-lubricating. All this should ensure that the excellent quality of the bearing, which our rumble measurement underlined, will stay the same for many years to come.

You, or the dealer who sets up the Maximus Nero, will ensure that the record is sampled optimally. For adjusting the TA-500 Neo, equipped with a stiff carbon sandwich tube, a two-part template is included. With it, both the distance from the platter axis, which is elementary for the correct geometry, and the similarly important parameters of overhang and offset on the pickup can be adjusted via the movable and rotatable headshell. All the necessary tools are included.

A tonearm scale is needed to determine the tracking force, since the brass disc, which sits firmly on the rear tube and therefore cannot move unintentionally, has no scale. Another small weight does its job by progressively pulling the arm outward as it passes over the record, neutralizing the skating force that acts in the opposite direction. This one is supended via a classic thread on a cantilever, thus having a scale. Precise ball bearings without clearance allow the cartridge to effortlessly follow every path the record offers.

Setting up the Maximus Neo, as configured by us in the manner described above, provided sheer pleasure, thanks to the perfectly fitting, immaculately manufactured parts. Even the rubber belts, which were twisted from being laid on, wound into a straight position as if by magic as soon as the platter was moving. When starting it, a green LED flashes briefly according to the selected speed. If the light stays constant, the PSU and motor have everything under control and the machine can start.

And what a start that is! The sound of this Acoustic Signature is of a spirited and grippy nature. It consistently plays perfectly precise, and can only be considered "small" in the internal ranking of the company‘s turntables. We listened to the steep, dust-dry bass impulses in "Patti Cake" from the ingenious reissue of the first DMP album by the Thom Rotella Band. These burst abruptly as well as with emphatic vehemence from the speakers and became a real attraction in the performance of the "Circus Maximus Neo". At the same time, the guitar of the band leader stood crisp and clear between the speakers, while his companions wove an airy, swinging aura around him. Brilliant!

Even though we entered rather high levels, the dynamically brash Acoustic Signature proved to be unshakable; it drew the tonal structures with a sure, firm stroke. This "Little Rock" proved to be largely immune to microphonics, i.e. the sound impulses that hit from speakers standing close-by. Impact noise could influence it to a larger degree, but as long as the base underneath is low in vibration, everything should remain all right!

Taking in Pink Floyd‘s "Comfortably Numb", as recorded live in Knebworth in 1990, no noise drowned out the guitar playing quietly in the left channel. The playback always seemed fanned out and transparent. Our test subject, who neither saves on timbre nor foundation, did not put his analytical qualities in the center of the performance, however. It rather presented organically interwoven sound images, staying dense despite offering plenty of definition in the singular elements. This always committed turntable does however not take its attack and speed from slenderness, i.e. the lack of fullness. On the contrary, it has quite a lot of tonal "meat", which benefits its conciseness and assertiveness.

With Jennifer Warnes‘ subtly upbeat, delicate song "Just Breathe", the Maximus Neo proved that not only the extroverted, showy musical styles suit it. Delicately, it became part of the performance and adapted its reflected mood. This only works har-moniously if the mains phase of the PSU is correct. If we set it to the wrong side, her singing suddenly lacked a bit of warmth, her velvety timbre became slightly throaty, even brittle, and the performance as a whole was short of breath. Let us tell you: Pay attention, so that you don‘t castrate this wonderful turntable sonically without knowing.

As you can see in the frequency diagram (see technical details), the MCX2 has a slight frequency drop towards the higher registers. This only resulted in a minimally sonorous, velvety timbre, without sacrificing resolution or transparency. But think of this in the context of the energetically dense and robust playback of the turntable, with its precisely staggered spatial representation oriented towards the front edge of the stage. The MC pickup then probably has exactly the right tuning, as it counteracts overpresence and foregrounding.

Thus, the Acoustic Signature Maximus Neo has what it takes to offer an irresistible and convincing performance with its captivating intensity. Analog fans should therefore have more than a small soft spot in their hearts for this little, hard rock.

The southern German analog specialist presents a turntable that has a thought-out design down to the smallest aspects and is manufactured exquisitely. The dynamically gripping and at the same time finely differentiated sound with compact, accurately ordered spatial imaging corresponds to the flawless finish in its finesse. 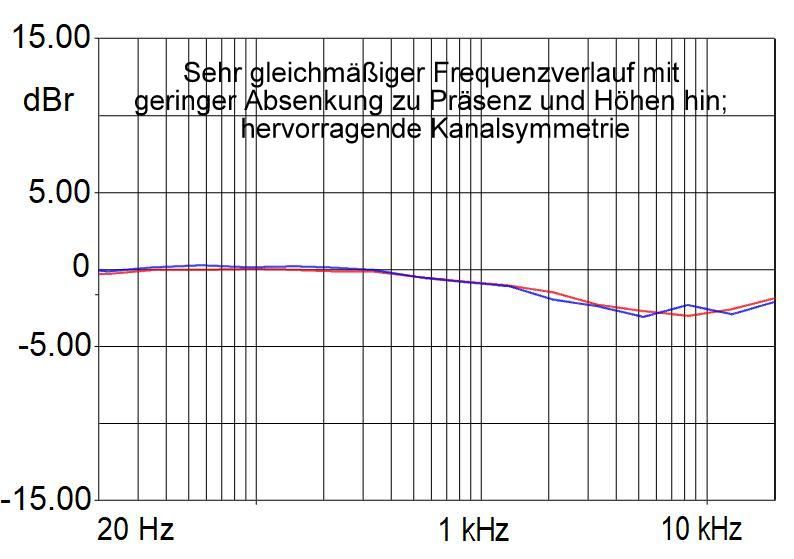 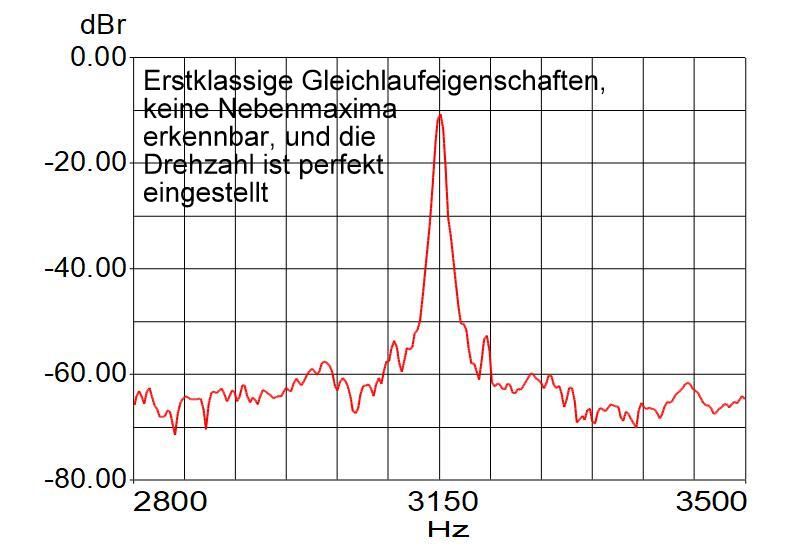 The first record by the westcoast-group for the label DMP; here, in the form of an easy-listening-reissue with great sound. 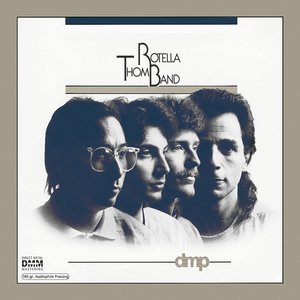 Jennifer Warnes – Another Time, ­Another Place

A very personal, calm late work by the singer/songwriter, filled with moods and delicate details 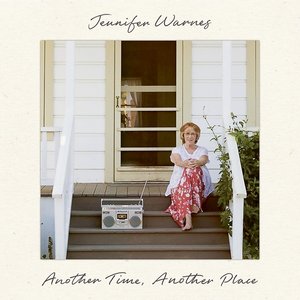 The diamond is mounted without solder cones to the cantilever of the pickup, which saves weight and thus reduces the moving mass, in turn promoting the impulsiveness of the playback.

With the extremely long warranty of 15 years (tonearm: 5 years), which requires the buyer to register the system, Acoustic Signature underlines its high standards. The highlight: the customer automatically receives new belts every three years for free.