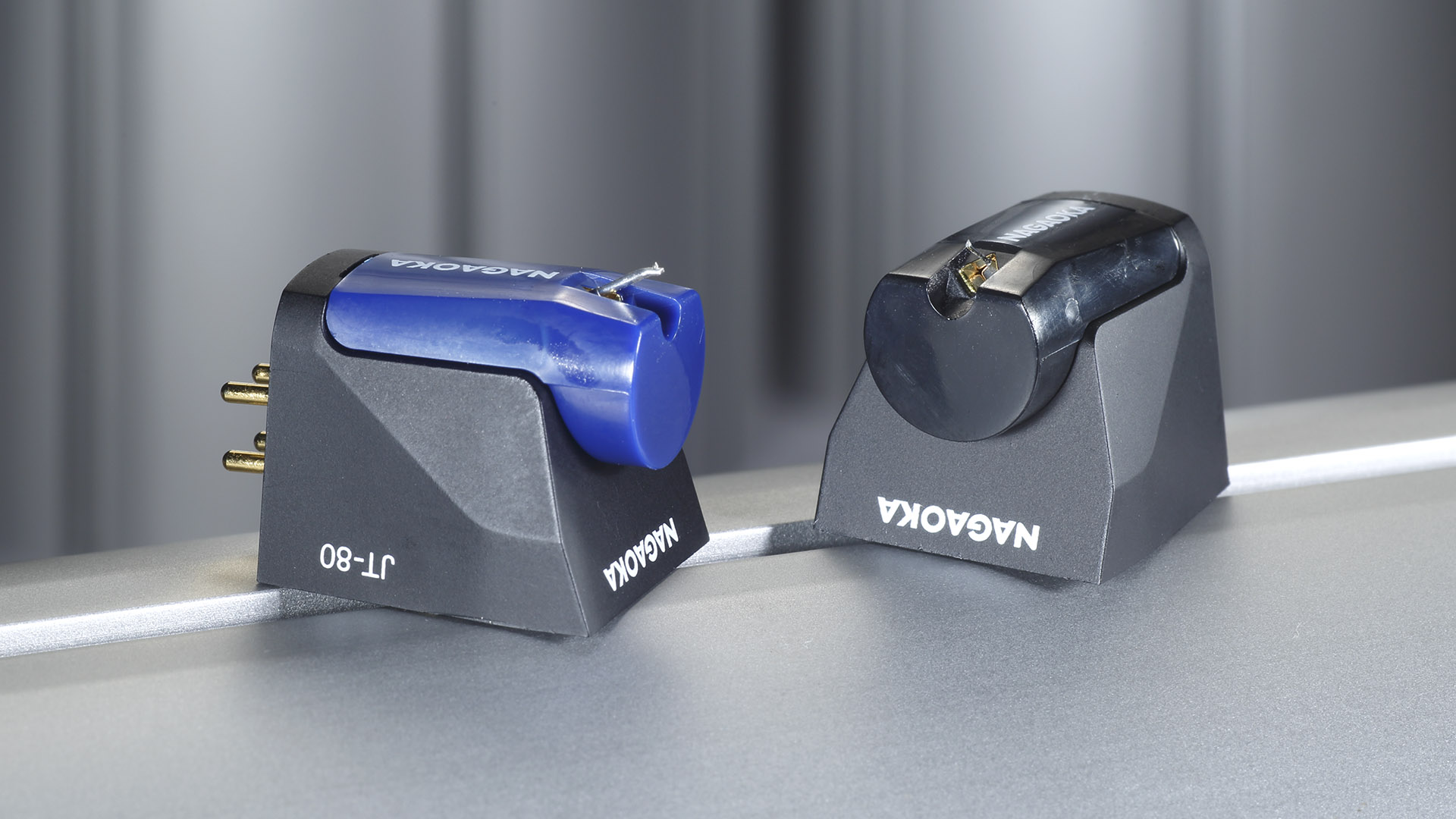 New Sounds – Nagaoka is one of the traditional analog brands. Now the Japanese have a special surprise for us with the first two pickups from their new „Jeweltone“ MM series. What do the JT-80LB and JT-80BK have to offer?

Many listeners of vinyl don‘t really pay particular attention to Nagaoka. They rather tend to follow the manufacturer, based in Higashine near Sendai, out of the corner of their eye. In fact, instead of a hype about supposed sensations, understatement and continuity are considered virtues there. For example, the Japanese have been producing their "MP" lines for decades, with the current "100" series having been introduced semingly ages ago.

This could easily continue, especially since many more vinyl fans listen to "Nagaoka" than one would think. According to the company, they manufacture about 90 percent of the diamond needles used in the pickups that are currently sold, making them the largest producer in this sector.

Now, however, on the occasion of the company‘s 80th anniversary, they presented two brand new "Jeweltone" pickups. The fact that these work according to the "Moving Magnet" principle (MM) is surprising, since the company relied in particular on the "Moving Iron" (MI) or "Moving Permalloy" process, in which a small, movable iron armature modulates the field of fixed coils and magnets. Nagaoka always put emphasis on the resulting advantages stemming from a low moving mass.

In contrast, both the entry-level model JT-80LB as well as the top model of the series, the JT-80BK (around 230/595 euros respectively) now rely on moving magnets. We have to keep in mind that Nagaoka always also manufactured MM pickups and has the corresponding experience. Thus, the aim of both cartridges is to set standards in their respective classes as well as pair the mild-sonorous fundamental sound range known from MMs with first-class resolution and spatiality.

With its light and hard boron cantilever plus "naked" elliptically cut stone, the Jeweltone Black is equipped with the prerequisites for achieving this. The smaller Jeweltone version, which is called "Lapis Blue" due to its blue needle insert, has a normal aluminum cantilever, on which the also elliptical diamond is "joined", i.e. soldered to it.

That‘s not the only difference, because the LB, also being 0.2 grams heavier, offers a higher output voltage, is therefore "louder" and even more suitable for use with the integrated phono preamps of simple preamplifiers and integrated amplifiers. At times, these tend to turn lower voltages into paler colors and limited dynamics. The output voltage of the BK is closer to the lower edge of the usual values for MMs; which, however, is not a problem for most phono pres.

In fact, Nagaoka did not promise too much with their new Jeweltones, which fit the common medium-weight tonearms. The powerful LB seems to us to be ideally suited for smaller turntables and systems. Its slightly rounded elocution, including brightly colored lower mids, never makes voices seem too thin and gives strings a velvety foundation. The "Lapis Blue" draws its sound images somewhat compact rather than spacious, as we expect from this price class. It has a good punch, which in conjunction with the clarity and bass contour provides crisp and lively results. The fact that it lacks any sharpness increases our sympathy for it even more.

Similarly, we can‘t stop sympathizing with the "Black" edition. Although it is more expensive, it also plays on a completely different level. To keep it short: We have hardly ever listened to a better pickup for this price. The extremely linear top-of-the-range Jeweltone (see frequency response in technical details) sounds so natural, resolved and fanned out that it provides nothing but pleasure.

It doesn‘t throw itself at the listener like its little brother – which appears somewhat fuller –, and it even seems a bit distant and uninvolved with its straightforward tone, in contrast. To make up for that, the "BK" displays an inherently noble perfection, especially since it also does without "artificial freshness" in the form of brightened upper frequencies. In addition, it features a gnarly bass, differentiated down to the smallest facets, which perfectly complements the fine trebles at the other end of the spectrum.

In any case, our top reference system was a good fit for the JT-80BK. These new sounds suit the analog traditionalists from Nagaoka very well!

The small "Jeweltone" MM plays spirited and straight up. Due to its firm lower frequencies, it offers – within certain limits – some additional punch and also fits perfectly into more affordable systems due to the relatively high output voltage.

With its top "Jeweltone", Nagaoka takes the cake! What this MM cartridge offers, especially in terms of naturalness, is unparalleled in this class. Moreover, the reproduction impresses with richness of detail and a dignified grace without disturbances.