Born to Invent – It seems as if Michael Borresen was born with a special passion for tinkering and inventing. With his smallest phono preamplifier Aavik R-180, he impressively demonstrates this once again.

Finally, something different! That was my first impression when taking a look at the new devices from Danish manufacturer Aavik. They are more compact than what we are used to from hi-fi and high-end and have only three buttons, but feature numerous curves and a housing that is not bursting with aluminum. The value of a device is not measured by its looks and its weight at Aavik. Instead, the design is Scandinavian in its straightforwardness and simplicity – not wholly without a reason, though, as we will discover later.

In addition, a large display with red letters, which of course can be dimmed or switched off, is to be found. It even allows older listeners to recognize the selected settings from a distance. By the way, the two larger models R-280 and R-580 are characterized by the same simplicity.

Pretty much every developer I know admits – at least in a one-on-one conversation – that his devices sounded even better in the prototype stage without a cabinet, as compared to the finished product. Even if the construction is otherwise absolutely identical. It is a tedious task to afterwards tune the finished device in the direction of the prototype‘s sonic merits. Michael Borresen is also of this opinion, and began experimenting as a consequence of the realization. The result is an enclosure for all his devices that is innovative in terms of design, proportions and material.

The housing was designed with musical instruments in mind and built with a composite material of natural origin. Thanks to this approach, it was possible to reduce the use of aluminum to a minimum. The material is now only in use for the purpose of heat dissipation. In Borresen‘s opinion, cabinet resonances make the sound bright and pointed. With the new approach, they are to be reduced, while at the same time avoiding distortion.

The subject of resonances has long been on his mind, including in his loudspeakers as well as his entire range of accessories, the latter to be found under the brand "Ansuz". This area also includes the topic of cabinet-damping – the developer is of the opinion that too much damping is detrimental to the dynamics

The inner workings of the R-180 have however also been thoroughly thought out. Free of noise, fast and with an unrestrained signal flow, that is how the music is supposed to be produced; thus, Borresen is already back onto his favorite topic – the suppression of vibrations. For this, he is using all of his knowledge concerning the elimination of noise, which he first employed in his Ansuz products.

This includes components such as Tesla coils, which reduce noise through a special winding technique. A means of filtering out distortions known from radar and digital technology is the so-called dithering, a kind of random noise generated by a special algorithm. The components that are designed to work in the opposite direction to an antenna and are called "anti-aerial resonance coils" are also rather unusual.

Besides these exotic-sounding components, the Scandinavian developer has by no means neglected the field of classic electronics. Starting from the consideration that an MC cartridge is balanced and floating (i.e. ground-free), he transferred this idea to his "floating balanced" circuit concept. XLR jacks are nevertheless left out, stemming from the fact that they, according to Borresen, pose a number of undesirable ground loop problems. Many phono stages use J-FET transistors. Borresen, in contrast, argues that this type of transistor does not give details the attention they deserve and blurs important information.

After a long search, he discovered bipolar models, otherwise only used in the automotive industry, which are strictly selected in pairs. Adding to the fact that they are extremely quiet, these transistors also have no issues if the operating points are drifting. Thus, the first 40 dB are being amplified without negative feedback while another 25 dB are achieved in the second amplification stage, using only local negative feedback and having a low output impedance at the same time. The terminating resistance can be switched in the range between 50 ohms and 10 kiloohms. Choosing between the 18 possible steps can also be done via remote, while the resistors have been precisely calibrated. The power supply additionally offers solutions that are far from ordinary. Extremely low-noise, yet very powerful – that‘s what you want in terms of optimal playback of music.

And this playback was indeed quite something. During several months of testing and combined with the most diverse list of MC pickups, the marvelous Danish box showed what it‘s got – and that‘s quite a lot!

In front of a pitch-black background, the R-180 picked out details from Tom Petty‘s "It‘s Good To Be King" ever so effortlessly and successfully. It was simply a pleasure to listen to the wealth of information provided. Friedrich Gulda‘s handling of Beethoven‘s piano sonatas was affectionate, almost tender. The performance was filled with the finest of strokes, which built up from complete silence and no less spectacularly sank back into it. The lowest registers were a touch slimmer, but at the same time perhaps more gnarled, more tangible, than we had experienced elsewhere. This is probably due to another trick coming from Borresen‘s toolbox: below 30 hertz, he mixes both channels to eliminate resonances that might be inherent to the combination of arm and system. Various operas by Puccini and Verdi demand everything from any analog system – voices, dynamics, spatial imaging, emotions and pathos are captured in the record‘s grooves and are waiting to be converted into sound.

The performance the Aavik shows in this case is nothing but top notch. Especially since it never forgets to get that elusive melodiousness out of the groove that vinyl is often said to have, but which is not to be discovered on every new record.

Joan Armatrading‘s album "Consequences" serves as a stark contrast afterwards. Some songs on the record overdo it with the sibilants and make it difficult to listen to all of the ten tracks, despite their quality. The Aavik does not magically solve these shortcomings, but is able to make listening through the record more accesible with its reliable feeling for details. Lastly, we listened to the reissue of "Midnight Sugar". While it doesn‘t come close to the original direct cut, it still works its magic – and the R-180 is very authentic with every sound it makes. Although it is the smallest phono stage from Aavik, it shows that it belongs to the greats and undoubtedly should be counted among the highest league.

A pure MC phono preamplifier with some unusual approaches to components, circuitry, optics and mechanics. The resistance adjustment is very flexible and can also be changed via remote while the large display provides good readability. 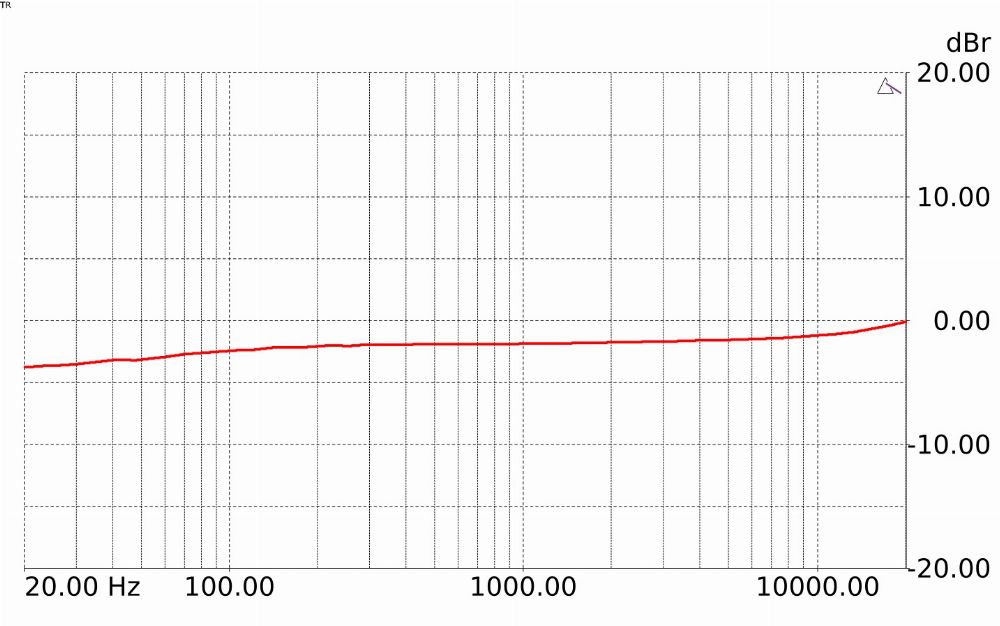 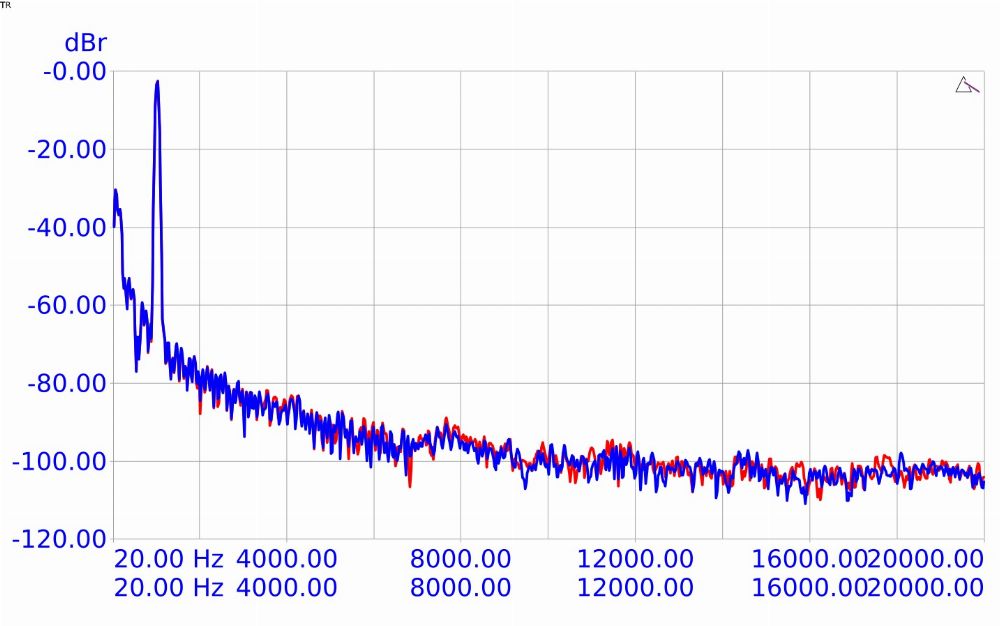 In actual use, even lower noise than our measurements show, despite very high gain; Very low distortion, high channel separation; The bass drop in the diagram is due to the circuit technology; Low output impedance; Resistance adjustment is very flexible. 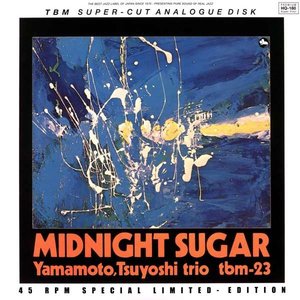 Recorded in 1953, the music and Callas continue to fascinate, even today. 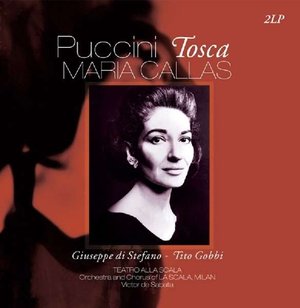