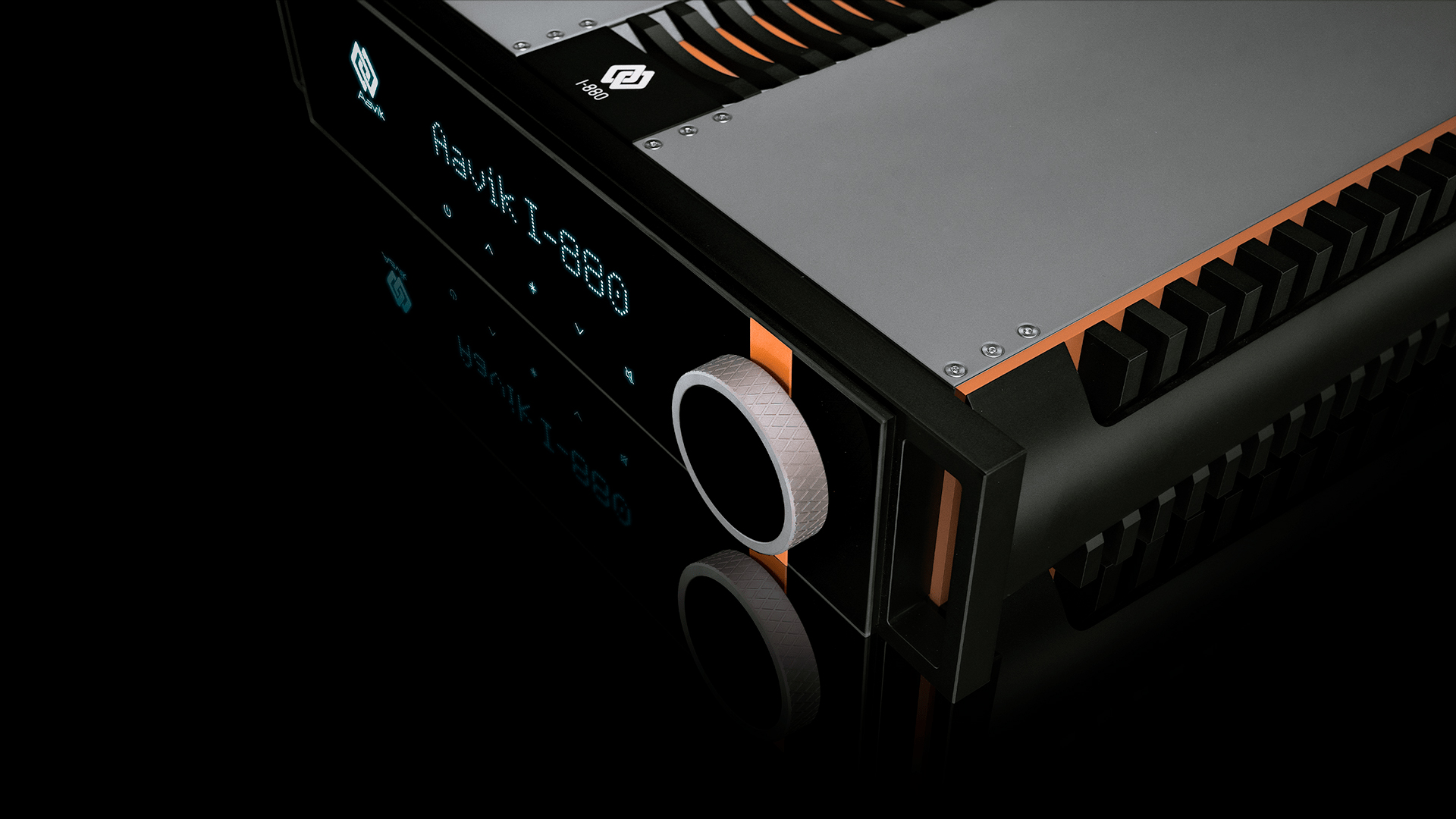 Aavik's new, exclusive flagship 880 series works with pure Class A technology and consists of the I-880 integrated amplifier, the P-880 power amplifier and the C-880 control amplifier.

For the new 880 amplifier series, Aavik promises improved Class A power amplifier technology in the output stage, which is stated to offer 2x200 W into 8 ohms, among other things. The new circuitry is said to keep the bias spread a constant 0.63V above the required amount of current to avoid switching the output stage. Among other things, this is said to result in no current being "unnecessarily" consumed, resulting in significantly less power being needed and used overall. According to Aavik, this also means that only smaller output transistors are needed, which is said to result in shorter signal paths and less noise, less heat dissipation, and higher efficiency. The 880 amplifiers' special power supply is also supposed to further reduce noise, as well as provide other benefits for music playback due to its small size.

The preamplifier section of the new Aavik flagships features a dedicated power supply, which is also claimed to reduce noise while providing plenty of headroom and high peak power. Instead of MOS-FET arrays, Aavik relies on "LDR" (Light Dependent Resistor), which are switchless and thus also supposed to reduce noise without discoloring the sound. The new amplifiers also have a built-in analog crossover that precisely routes audio signals and is supposed to be able to power either a subwoofer or a 2.1 system with high-pass and low-pass filters. The crossover is also said to allow for analog adjustment of the sound to the respective room.

All of Aavik's new 880 units sit in a solid copper housing, which is said to improve cooling – further enhanced by the cooling elements on the side – and damping factor, as well as reduce inductance and output impedance, among other things. To eliminate resonance, the amplifier's bottom plate is made of a sandwich construction of copper, laminate and titanium.

Like many other Aavik products, the new 880-series amplifiers employ technology from the sibling brand Ansuz, particularly its "Tesla coils." This technology uses multiple coils wound around each other to neutralize each other, and is said to significantly reduce noise. Furthermore, they also use "analog dither" technology, which is supposed to further reduce noise, following the example of radar technology.