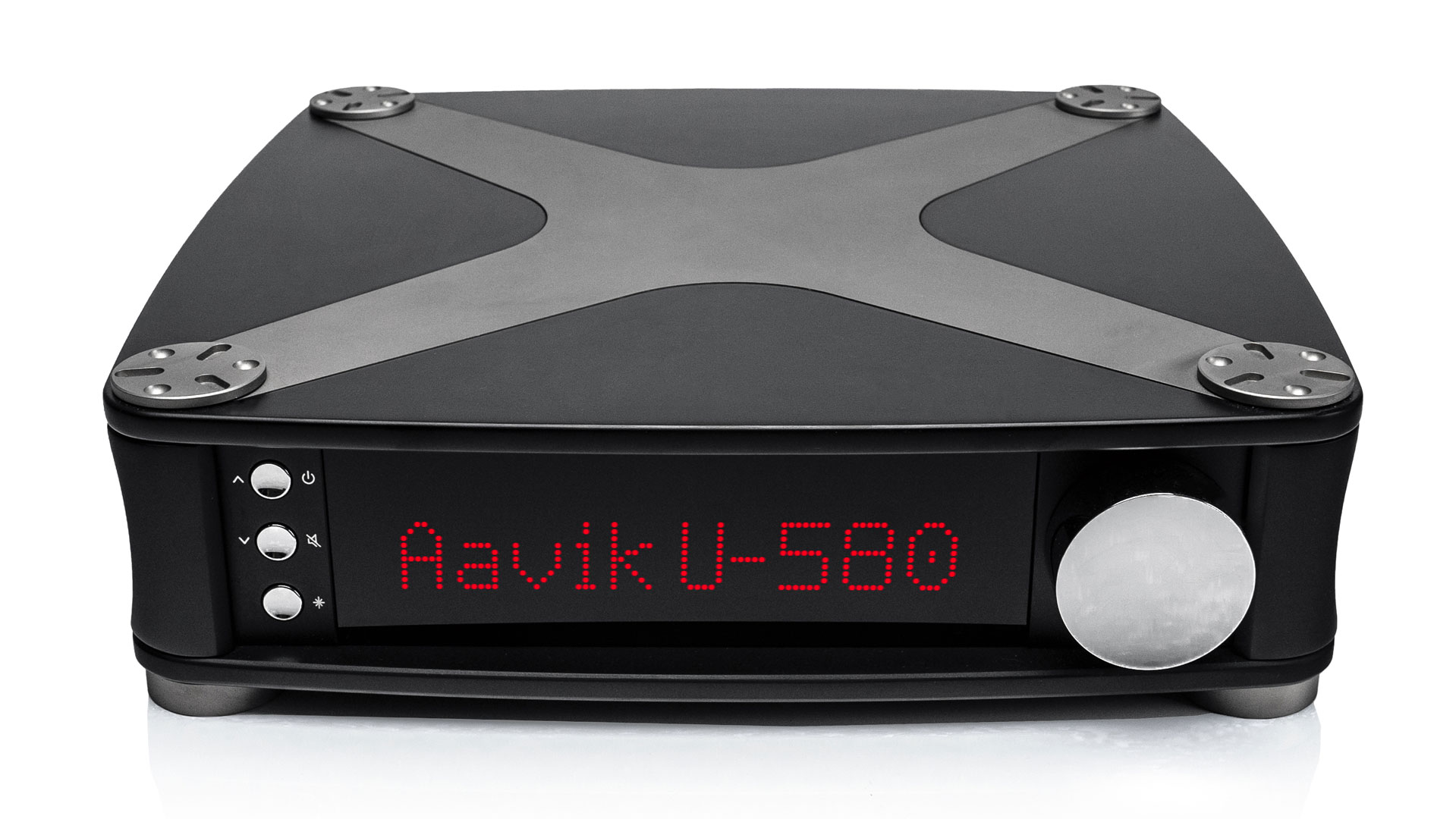 The new DAC-Amplifier U-580 from Aavik (Image Credit: Aavik)

Three new "U" DAC-Amplifiers from Aavik

To expand their product lines 180, 280 and 580, Aavik introduces one integrated amplifier with built-in digital/analog converter per series, all under the name of "U".

Read our review of the phono preamp„R“ from the 180 series here!

The combination of D/A converter and integrated amplifier in Aavik's new "U" devices is said to combine all the advantages, electronic components, as well as materials of the 180, 280 and 580 series with the goal of a smaller footprint. Instead of two individual mainboards, the "U" amps have a shared, newly developed mainboard for amplifier and DAC, which is supposed to offer shortened signal paths as well as other benefits.

In addition, they feature the "Resonant Mode" power supply, which increases the operating frequency as soon as more power is needed, and is thus supposed to offer a higher peak power, while also said to be extremely low-noise. The amplifier section of the new units uses Aavik's "UMAC" technology, which generates pulse width modulation (PWM) via sine wave modulation instead of the more common triangular modulation, and is thus also said to reduce noise as well as increase the damping factor.

The D/A converter section of the new "U" amplifiers is supposed to sound extremely natural, thanks to special digital circuit boards, and to have clocks with ultra-low jitter. The amplifiers all also have various "noise killers" built in, such as active Tesla coils. The biggest differences between the series' are to be found in the number of these, with the higher-end ones having more of the components.

The flagship of the new models, the U-580, is also identifiable by the large cross on the top of its cabinet. This is made of titanium and is designed to control resonances. To that end, the U-580 also has an internal copper chassis, similar to the C-/P-580 pre/power amplifiers introduced recently.

All three new DAC-amplifiers come with the same inputs. These include five digital – two in BNC, two optical, plus one USB – and three analog RCA inputs; the new components also have a preamp output; output power is stated at 2x300W into 8 ohms. They also offer four different built-in filters: upsampling on or off, and slow (soft) or fast (hard) high-frequency roll-off.