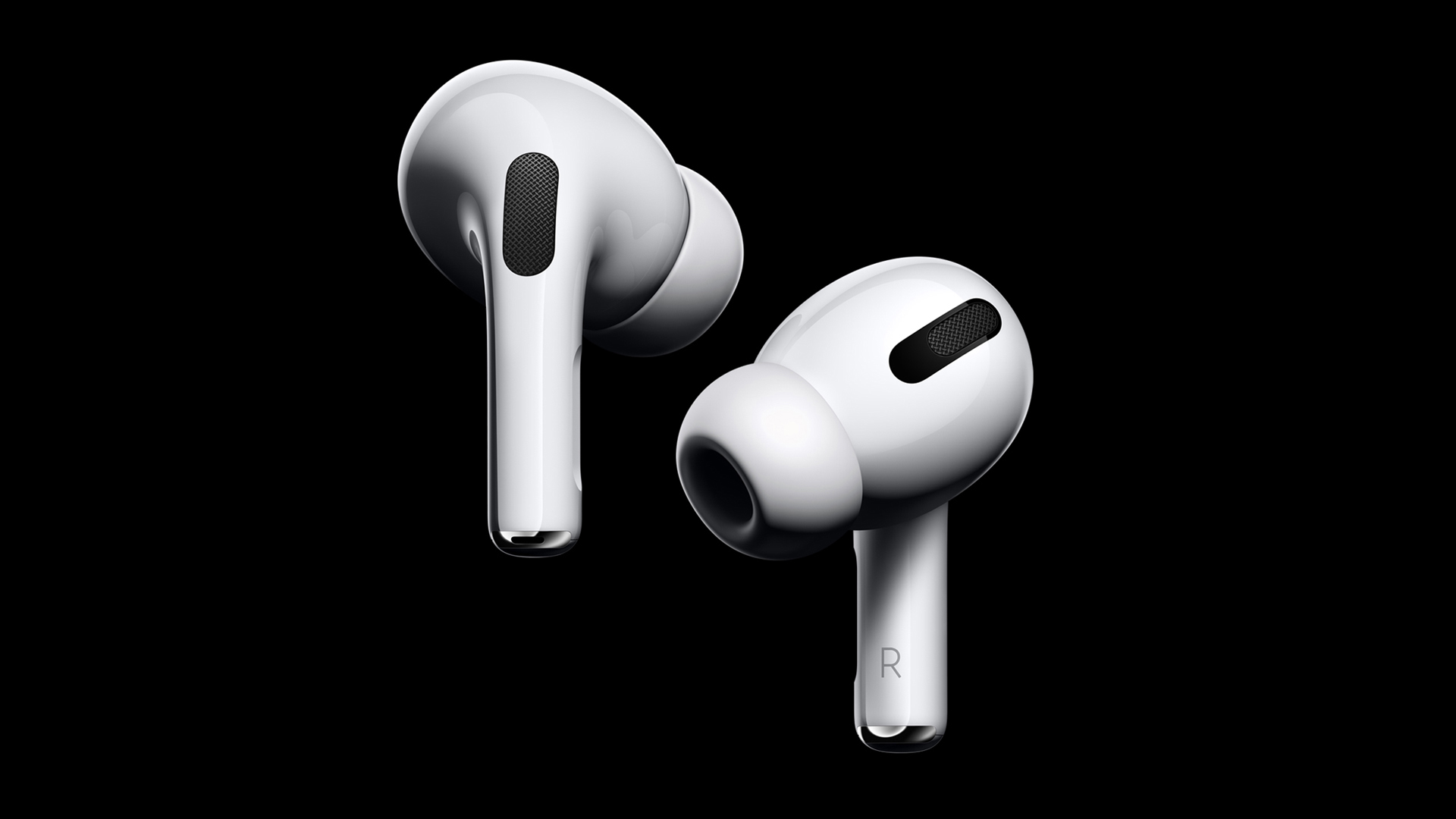 When Apple launched the first wireless "AirPod" in-ears three years ago, they quickly became the world's best-selling headphones of all classes. Now Apple presented the "AirPod Pro" to a crowd of specialist journalists in Munich, which not only have active noise cancelling ahead of the standard model.

Also new are the silicone plugs in 3 sizes and the corresponding test function on the iPhone, which checks whether the plugs are tight so that the bass doesn't escape outside. This test is made possible by a microphone directed inwards towards the ear canal, which also controls an adaptive equalizer and is also part of the noise reduction feature. Two other microphones measure the external sound and become active when making calls. They also accept Siri voice commands. Also new is an innovative ventilation system to balance the pressure between the auditory canal and the outside world. The AirPod Pro is controlled by touching its handle, whereby a longer pressure switches to transparent mode, which establishes acoustic contact with the outside world. Apple specifies battery life as up to five hours for playback and four and a half hours for active noise cancellation. With additional charges in the wireless charge case, AirPod Pro can operate for over 24 hours (on playback) without an electrical outlet. Apple's new In-ears complement the existing range and will be available from Wednesday, October 30th for 279 Euros. Prerequisite for all comfort features is an Apple device with iOS 13.2 or the latest versions of the operating systems for iPad, Apple Watch, Apple TV or Mac. They also play with other Bluetooth-enabled devices, but without the convenience features. As a high-quality Bluetooth audio decoder, there is still only AAC on board. First impression of the new AirPod Pro: convincing sound with full bass, comfortable yet firm fit, effective noise reduction. Well done, Apple.