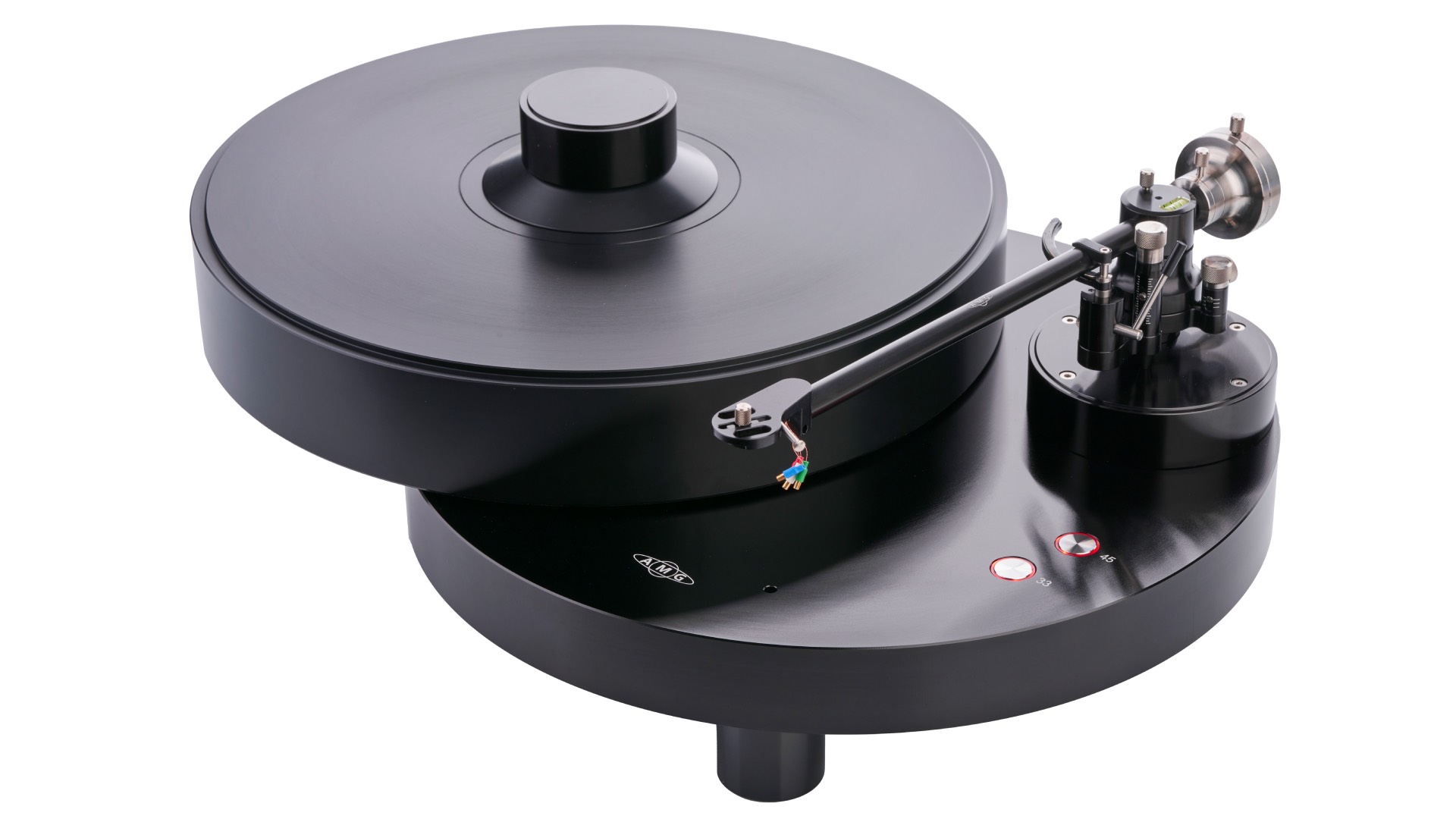 In the new "MK II" version, many detail improvements aim to further enhance the proven "Giro" turntable from the southern German specialist AMG.

The southern German analog specialist AMG has updated its entry-level record player "Giro", which now comes as "MK II". The basic design, consisting of two circular shapes, has been kept. The changes are rather to be found in details: For example, the manufacturing tolerances around the hydrodynamic bearing of the platter were minimized, according to the manufacturer.

At the same time, the platter's connection to the sub-platter has been modified, which is said to result in an even more stable synchronization. In addition, an ultra-quiet DC motor from Switzerland is used, whose damping elements have also been redesigned. There is also a new tonearm base for a wide variety of models.

In contrast to these new changes, the attention to detail concerning materials and workmanship, the decoupled spindle/bearing design, the capacitive touch buttons for the controls including fine adjustment for the speeds, and the option to upgrade to a higher-quality power supply were kept in the MK II version.