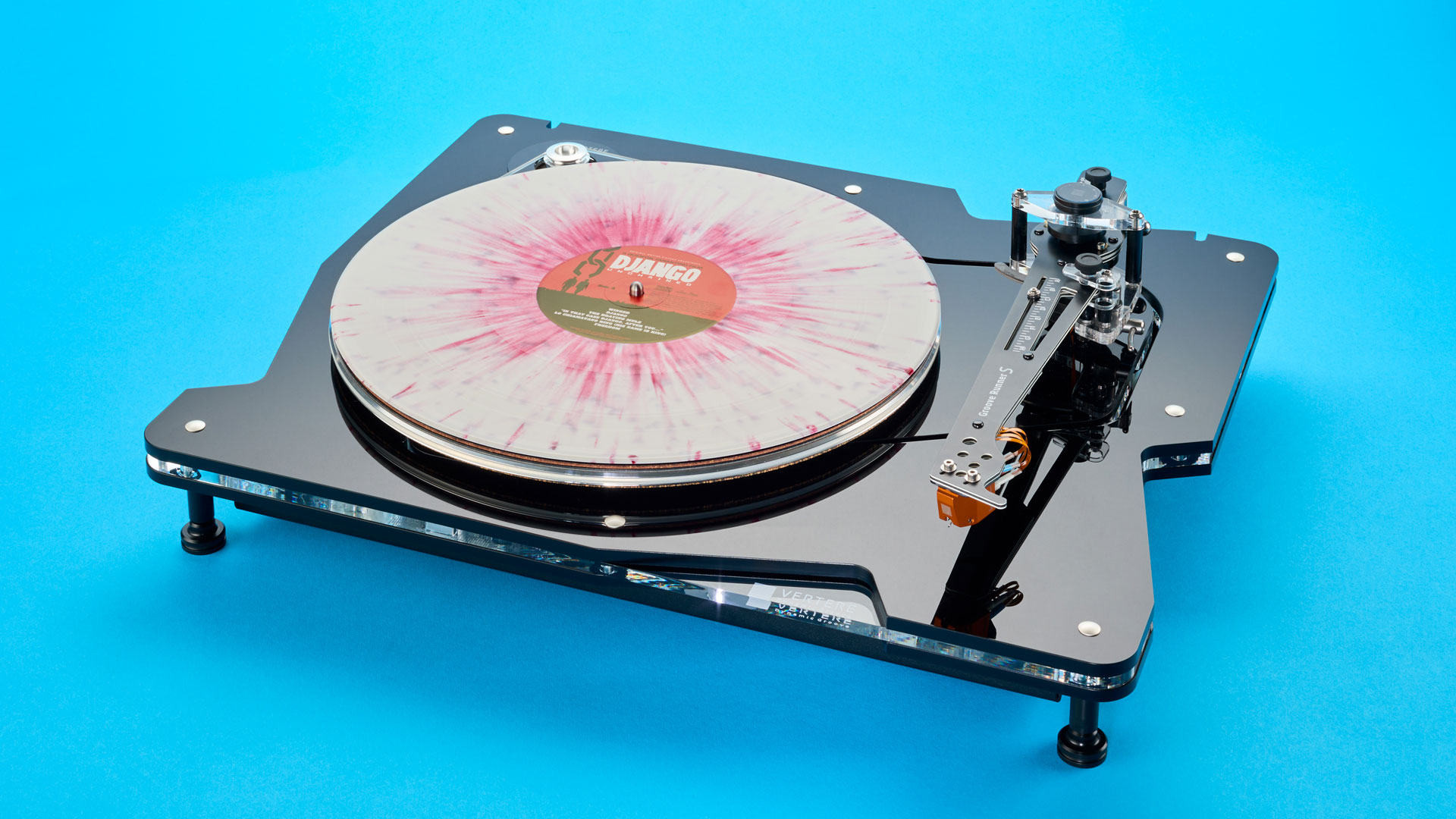 The new DG-1 S from Vertere including tonearm and cartridge (Image Credit: Vertere)

Update for the Vertere Turntable DG-1

British manufacturer Vertere Acoustics introduces an improved version of its most affordable turntable, which is said to offer many improvements and is named DG-1 S.

Read our review of the original DG-1 from Vertere here for free!

Among the improvements the new DG-1 S offers when compared to its predecessor, Vertere cites higher resolution, more dynamic range, and a better stereo separation. To deliver that, Touraj Moghaddam's new turntable carries, among other things, the "Groove Runner S" tonearm, which has also been improved and whose Kevlar threaded bearing can now be adjusted in tension and azimuth. The accompanying horizontal nylon bearing is also said to be improved and thus more consistent.

In the new DG-1 S, the flat Groove Runner S tonearm consists of two layers, between which the also flat PCB that transmits the pickup signals lies. Each of the two layers is made of five layers of polymer laminate, and the new design is intended to make adjustments to the tonearm easier, among other things. By default, the new DG-1 S carries the Magneto cartridge, also from Vertere.

According to the manufacturer, the new Vertere DG-1 S is supposed to be available starting in September, at a price of about €4150 / $4995 / £3550 including the pickup Magneto.