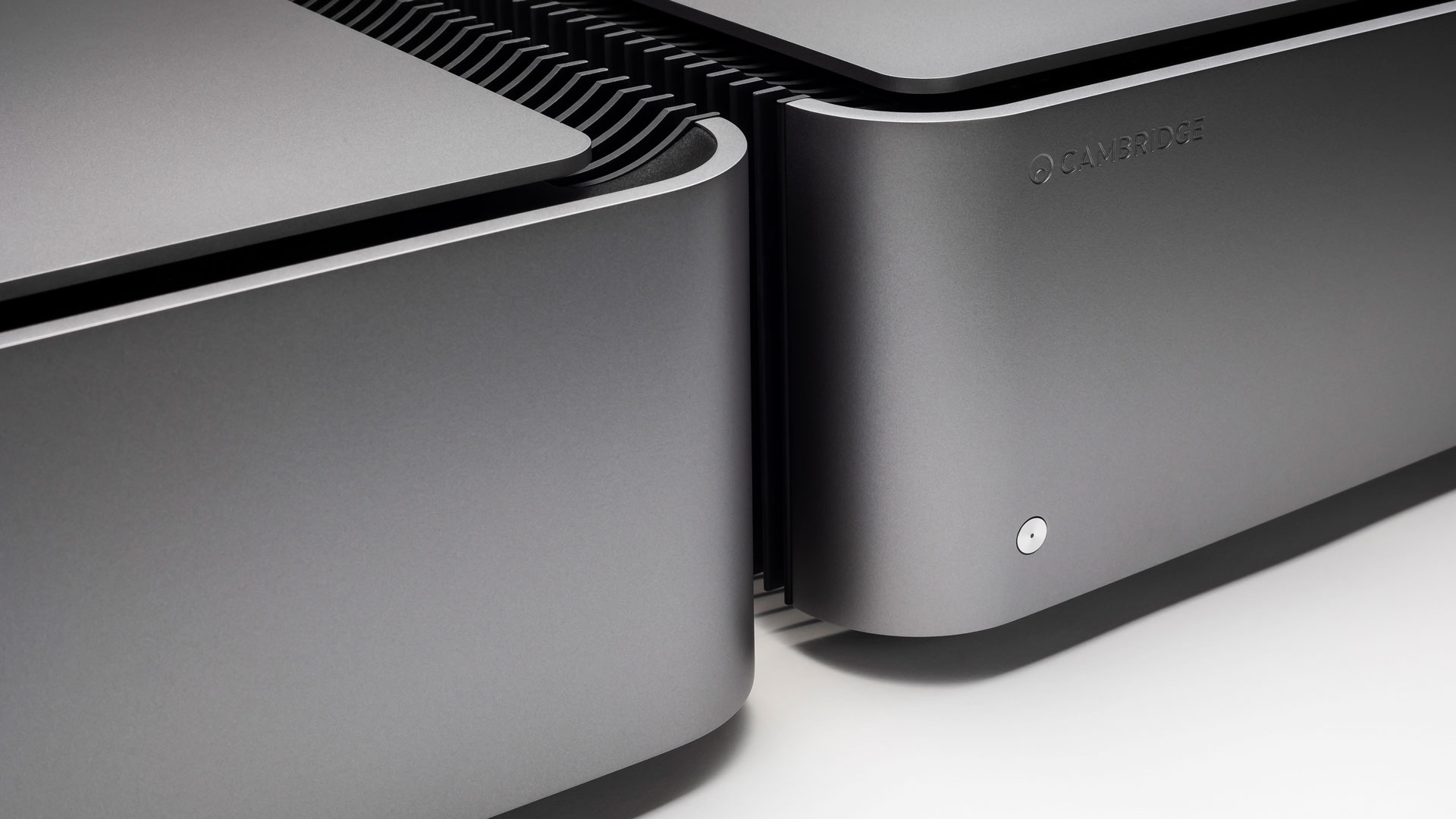 Class XA with 200 Watts per Channel at 8 Ohms

While the mono power amplifier is based on the design of the Edge W stereo power amp, listeners can get twice the power with an Edge M duo. Sound that is true to the original and dynamic with even less distortion is the aim of a consistent separation of the right and left channels. The output power of an impressive 200 watts at 8 ohms per channel is sufficient to drive even very ambitious speakers in larger listening rooms effortlessly. Since the Edge M is fully balanced from input to output, interferences are reduced to a minimum.

The Edge M uses the same minimalist design as the other components of the Edge Series. Inside the mono power amp, order is of top priority: Cambridge Audio engineers have worked hard to minimize the number of components in the signal path of the Edge M.

Cambridge Audio's innovative Class XA amplification, also used in Edge A and Edge W, is designed to deliver the sonic qualities of a Class A design, but at the same time to be more efficient, producing less heat and moving crossover distortions out of the audible range. Electromagnetic interferences are supposed to be eliminated by the double toroidal transformers, arranged opposite of each other.

Cambridge Audio celebrated its 50th anniversary with the launch of the Edge Series in 2018. No limits were imposed on the experienced development team during the development process. From now on, Edge M is at the top of this uncompromising series of devices. The mono power amps are designed to work perfectly with the Edge NQ preamplifier, which offers the company's own StreamMagic platform.

The Edge M mono power amplifier is available at selected Edge retailers for around 4,360 Euros* from December* on. Expert on-site consultation is a top priority, not only for the reference series. Cambridge Audio now also offers its Edge series for online purchase through its specialist dealers and its own web store.

*Price and Availability for Germany.