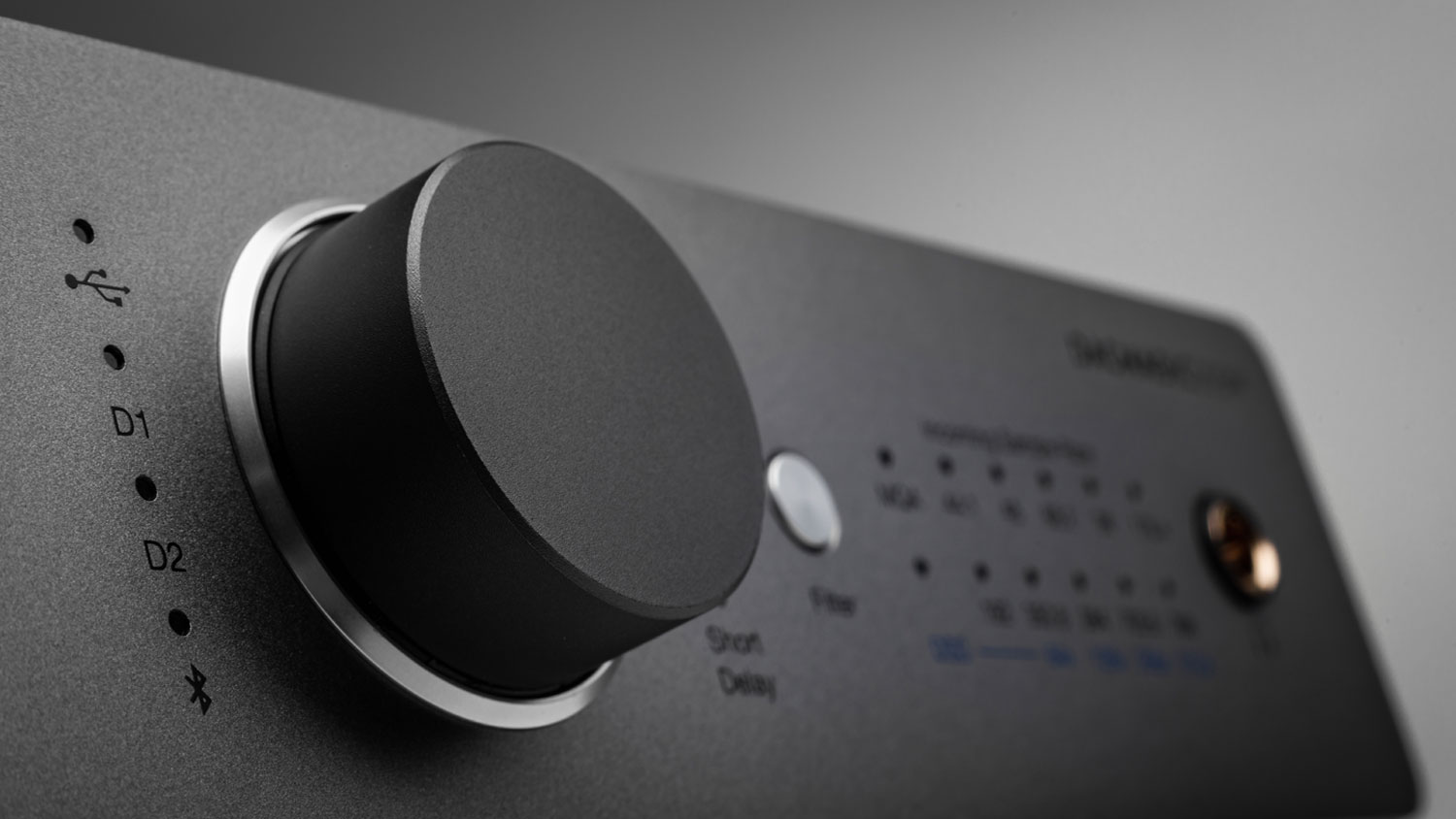 As the successor to the DacMagic Plus, the DacMagic 200 offers even better converter chips, extensive connectivity, and support for high-resolution formats up to 32-bit/768 kHz and DSD512. The DacMagic 200M is also the first Cambridge Audio product to support MQA.

The new DacMagic 200M digital-to-analog converter is equipped with two ESS Sabre converter chips and offers three selectable filters that can be used to adjust the sound. High-quality components, such as capacitors from the renowned German manufacturer WIMA, are used. In addition to audiophile resolutions up to 32 bit / 768 kHz and DSD512, the DacMagic 200M is also the first device from Cambridge Audio that supports the high-resolution "Artist Approved" MQA format. An LED light on the front panel of the DacMagic 200M indicates that MQA files are being processed.

Two digital sources can be connected to the DacMagic 200M via coaxial or optical inputs. A USB interface is also available, to connect a computer, for example. The aptX Bluetooth receiver also allows for wireless connection. In addition to the obligatory RCA outputs, fully balanced XLR output jacks are also available. The integrated headphone amplifier with a 6.3mm jack and its own volume control also drives headphones.

The DacMagic 200M from Cambridge Audio should be available starting February* at select retailers, in the web store as well as in Cambridge Audio's Amazon web shop, for a price of around 500 Euros*.