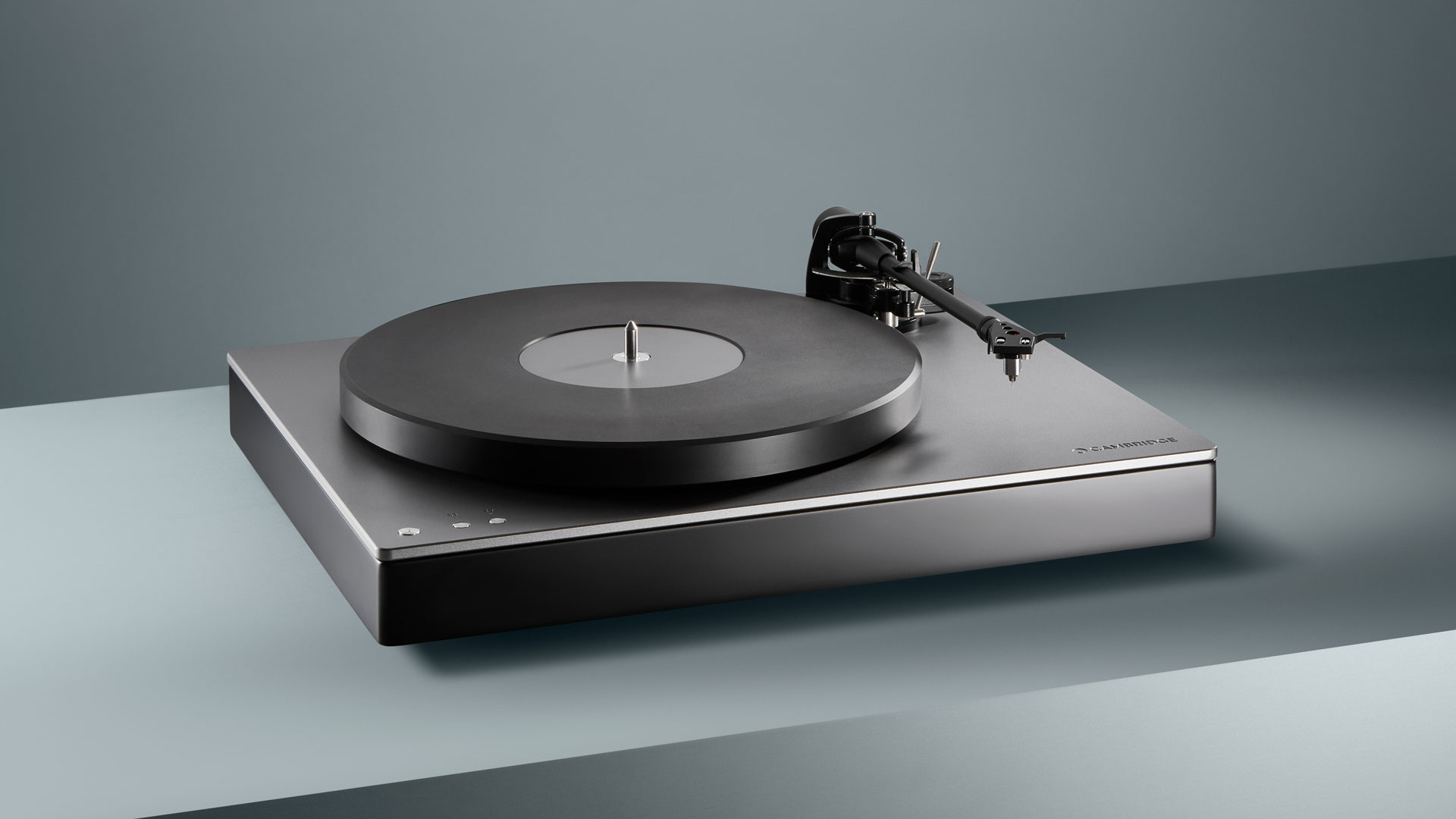 Cambridge Audio presents the Alva TT V2, the successor to the popular Alva TT turntable, and additionally expands its analog range with a smaller model – the Alva ST.

The Alva TT V2 features a platter made of polyoxymethylene (POM), which is supposed to provide particularly good synchronization, while the ST carries a CNC-machined aluminum die-cast platter. Nothing has changed regarding the specially developed MC cartridge system in the Alva TT V2, which is already pre-mounted and tuned upon delivery. The Alva ST comes equipped with Audio Technica's AT-VM95e MM system.

Both record players have a built-in phono preamplifier and a Bluetooth aptX transmitter that sends audio data at 24-bit / 48 kHz resolution.

Only details have improved in the Alva TT V2. Compared to its predecessor, the integrated phono preamplifier can now be switched off and the tonearm bearing has been further improved.

In the smaller Alva ST, many components such as the phono preamplifier and tonearm were taken directly from the larger model. The Bluetooth unit is also exactly the same as in the Alva TT V2. The main differences between the models are located in the drive and the pickup system: the motor of the Alva ST transmits its power to the platter via a belt, which allows for cheaper manufacturing. In addition, the aluminum cover plate has been replaced by a painted finish in the classic silver Cambridge Audio design, and the company logo is printed.