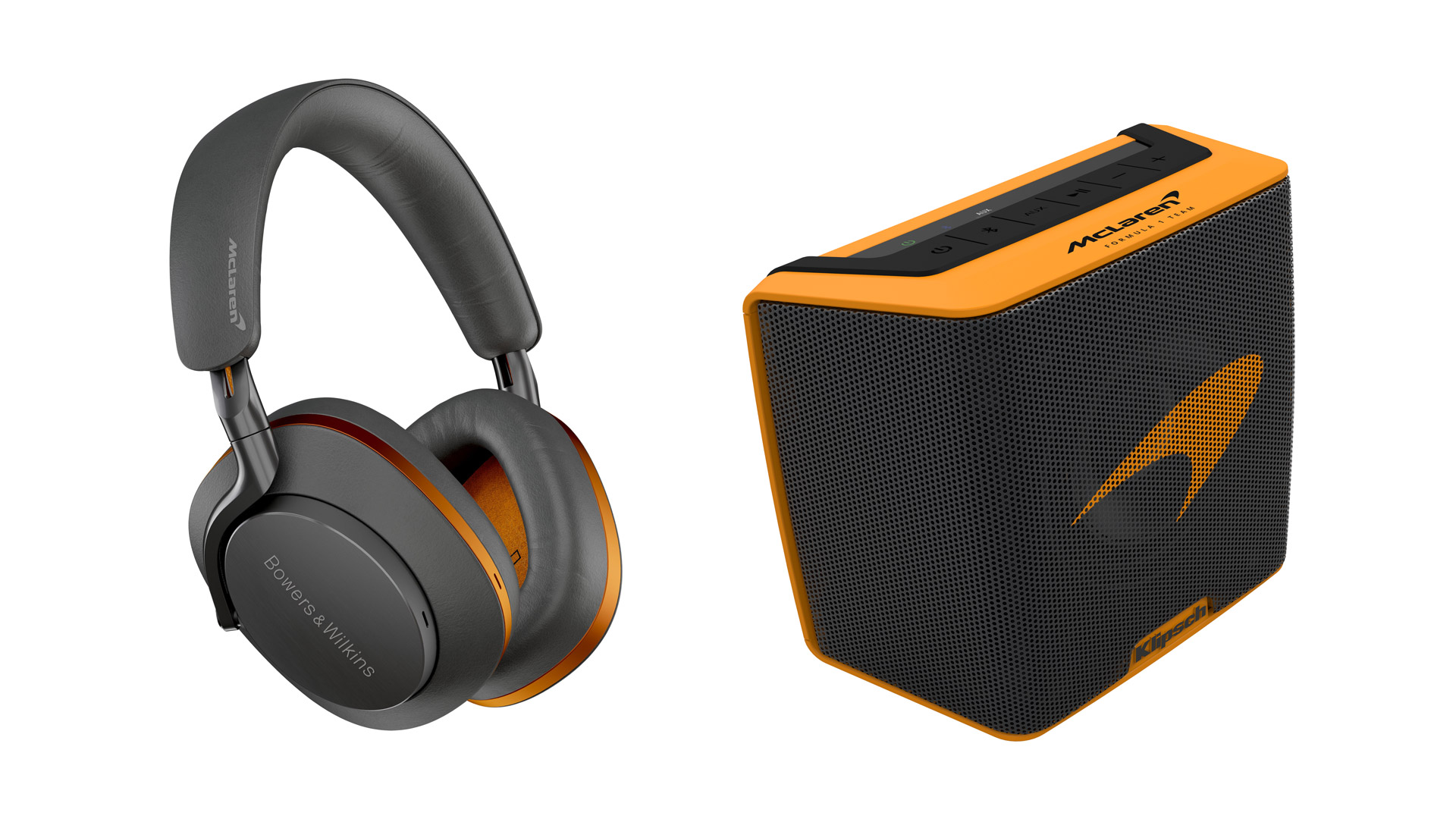 The PX8 McLaren Edition headphones are finished in the colors "Galvanic Grey" and "Papaya Orange". The latter is inspired by the famous Papaya Orange that was originally seen on the early race cars of company founder Bruce McLaren. On the technical side, the McLaren Edition is the same as the original PX8, aiming to impress with its 40mm carbon cone driver, Bluetooth aptX Adaptive, advanced noise cancelling, and control via the Bowers & Wilkins Music App, among other features. The McLaren Edition of the PX8 is available now and is priced at around €800 in Germany.

At the same time, the McLaren Edition of the Klipsch Groove, a portable, splash-resistant Bluetooth speaker, was also presented. Thanks to the partnership between Klipsch and McLaren, it is now available in a black with papaya orange finish – including the McLaren logo on the grille. A cover inspired by McLaren's racing tire warmers is designed to protect the speaker when it's not in use. The new McLaren Edition of the Klipsch Groove is available now for around €200 in Germany.