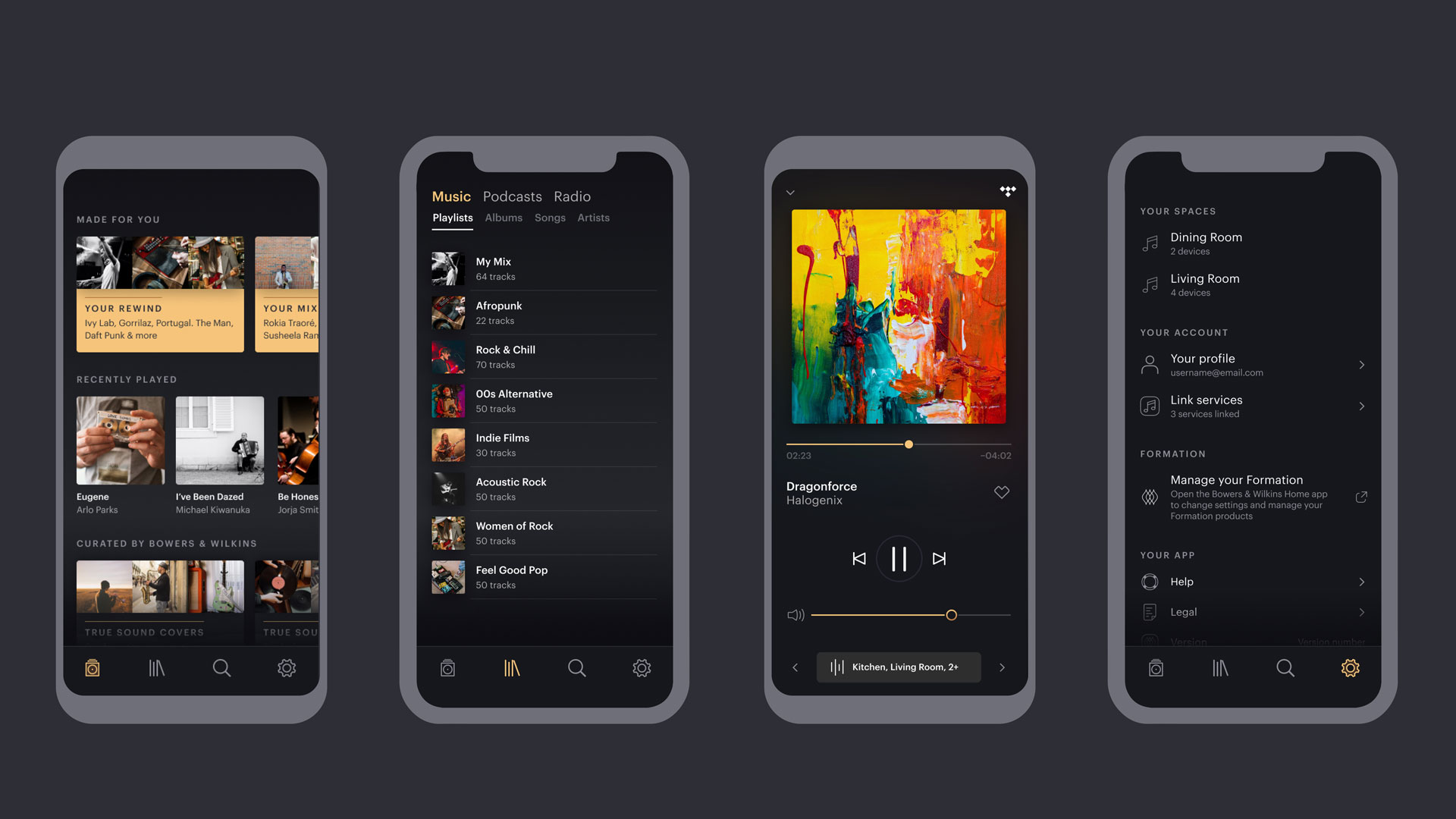 Initially, the new Bowers & Wilkins Music App will be available alongside the already known Bowers & Wilkins Home App, which will continue to be used to set up and install Formation devices. Later this year, Bowers & Wilkins will unify all app functions for the Formation products into the new Music app, so that both setup and streaming are found in a single application.

All other features already offered by the Formation system – AirPlay 2, Bluetooth aptX-HD, Spotify Connect and Roon, and "Works With Alexa" certification, for example – are expected to remain after the merger of the apps.

The Bowers & Wilkins Music App is available now in the iOS Store and in the Google Play Store.