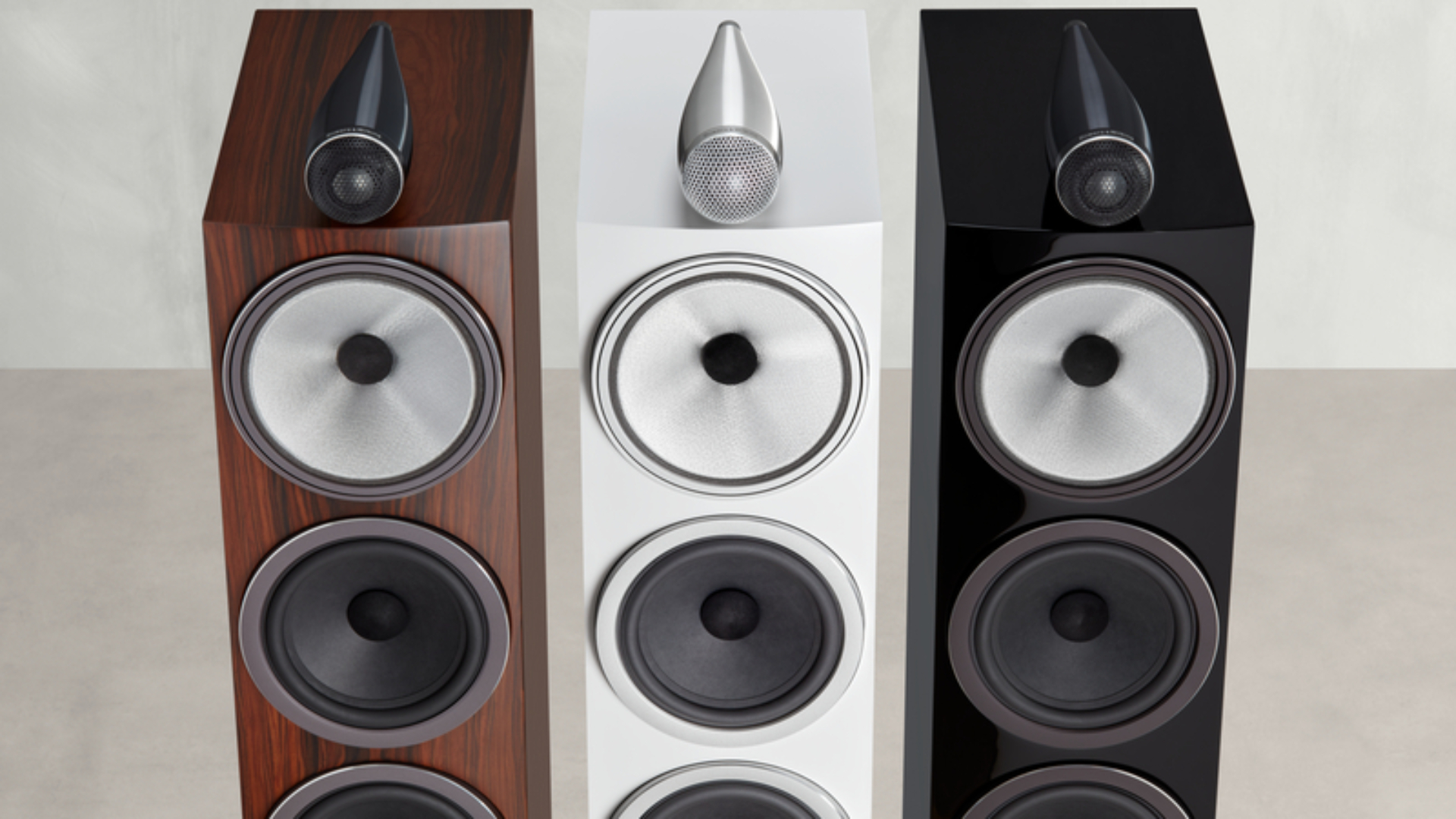 The new Bowers & Wilkins 700 series relies on technologies and concepts from the most recent 800 series.

In a development process lasting more than three years, almost every element of the "700" speaker series is said to have been revised and improved. With eight models, the new 700 Series remains Bowers & Wilkins' largest and most versatile series. It consists of three floorstanding speakers, three standmount speakers, and two center speakers for home theater use.

Among the new features of the series are the slimmer cabinets carrying curved baffles; this optimized shape is said to significantly reduce sound discoloration. The new 700 Series will now also be available in the new "Mocha" real wood veneer finish, along with the previously available black and white finishes, and is furthermore said to feature the revised Tweeter-on-Top aluminum enclosure. The tweeter will again be the Bowers & Wilkins Carbon Dome tweeter, combined with a vented voice coil and a new magnetic drive.

Bowers & Wilkins has now equipped all three-way speakers in the new series with the biomimetic suspension introduced last year in the new 800 series. Added to this are many proprietary midrange technologies: decoupling of the entire midrange unit, aluminum chassis baskets with vibration dampers, FST™ suspension and Continuum™ cone. In the bass range, the latest generation woofer cone with Aerofoil™ profile is said to be in use. The revised crossovers are equipped with Mundorf capacitors, according to B&W. They are also said to feature multiple bypass capacitors and improved heat sinks. All models are supposed to also feature optimized flowports with increased diameter, and the bass reflex port on the top-of-the-line 700 model is now oriented directly downward toward the base.