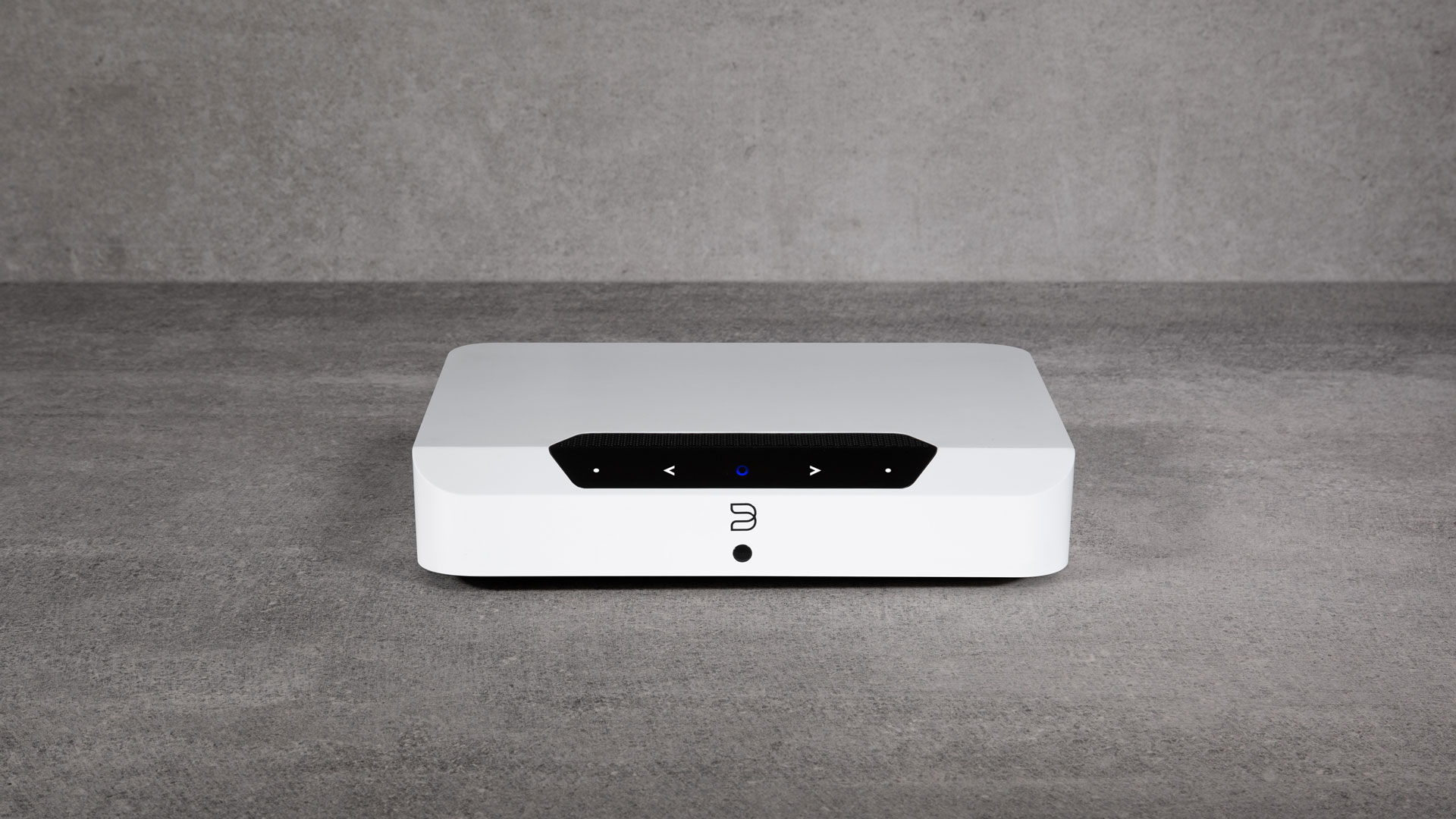 BluOS Streaming and Amplification for €700

Powernode Edge is the name of the new streaming integrated amplifier coming from Bluesound, which already suggests a certain relationship to the previously available and larger Powernode. According to Bluesound, the new Powernode Edge is also to be seen as a "just add speakers" system, and thus additionally serve as an inexpensive entry point into the world of streaming amplifiers.

As further stated by Bluesound, the DirectDigital™ amplifier in the Powernode Edge aims to deliver 2 x 40 watts (8 ohms) of power and processes music files up to 24-bit/192kHz as well as MQA. Like all Bluesound devices, it works with the BluOS platform and is controlled via the associated app, which has built-in connectivity to many different music streaming services in addition to Internet radio.

Furthermore, the Powernode Edge can access music servers wirelessly via Wi-Fi, or be controlled with AirPlay 2 and Bluetooth, as well as supply headphones with music via Bluetooth or operate a subwoofer wirelessly as well as via cable. Further wired connections are available in the form of HDMI eARC, USB for external hard drives, and a combined optical/analog input.

Like other Bluesound streamers and streaming amplifiers, the Powernode Edge also carries controls such as play, pause or volume on its housing and is also said to be ready for integration into BluOS multi-room or surround setups; due to its compact size, it is supposed to be especially well-suited for smart home applications, to which the wall mount included with the device also wants to contribute.

Bluesound's new streaming amplifier Powernode Edge is scheduled to be available in black or white from the beginning of October and can already be pre-ordered; Bluesound states the price for the new device to be at around €700 / $650 / £600.