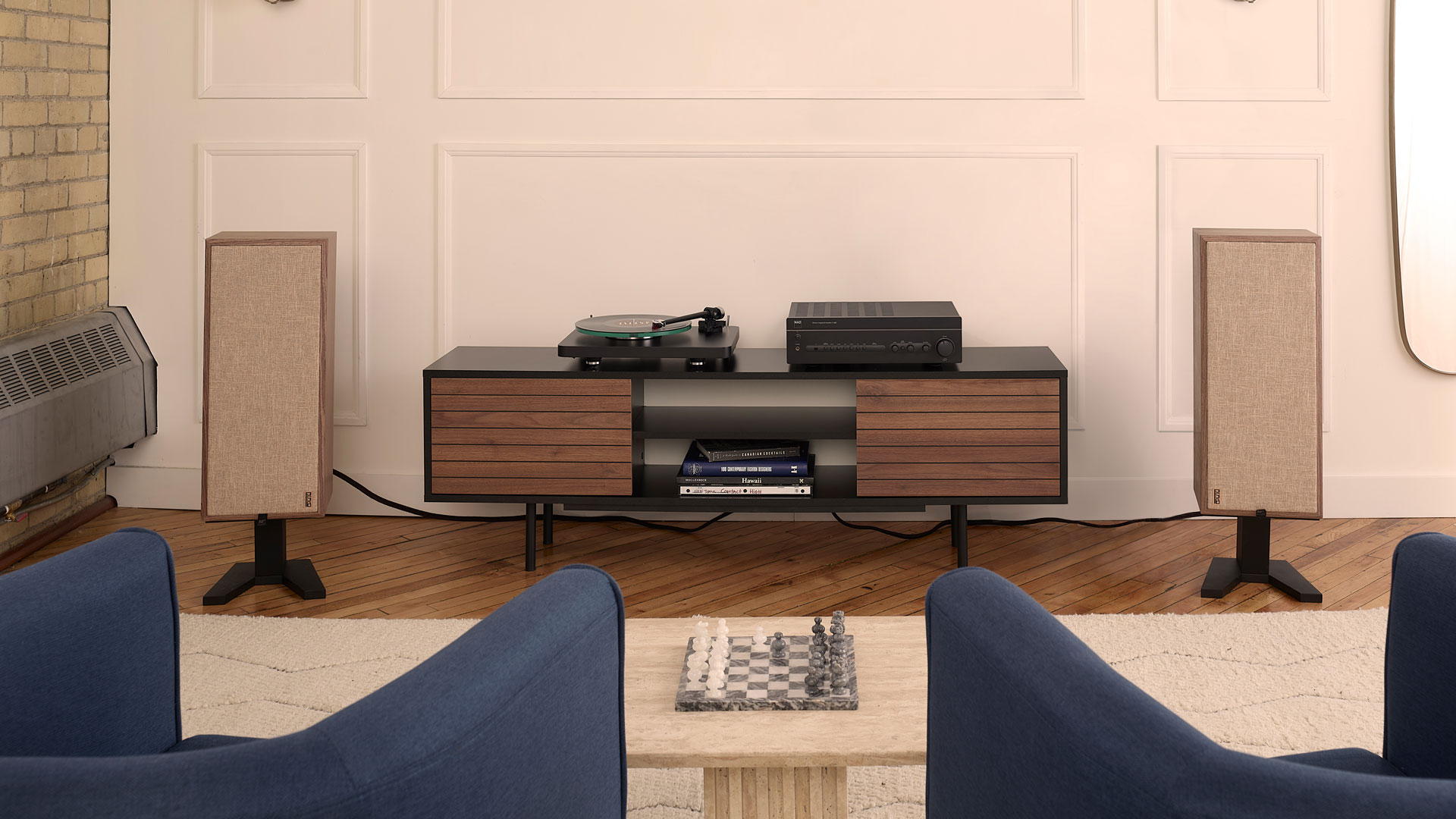 PSB Speakers – founded in 1972 – is currently celebrating the brand's 50th birthday and commemorates it by launching the "Passif 50" standmount loudspeakers.

Measuring 66cm/28" (without stand) in height, PSB's rather tall "Passif 50" standmount speakers are said to be both inspired by the Passif II from 1974 and to combine all of the brand's research of the past 50 years. The speakers' retro design includes an open-grained walnut veneer cabinet, woven cloth magnetic grilles with retro PSB logo, as well as a plaque on the back indicating the brand's 50th anniversary.

The front of the cabinet carries a 6.5-inch woofer along with an 8-inch passive radiator – both with paper cones, cast aluminum baskets, and rubber surrounds to dampen resonance and distortion – and a one-inch dome tweeter. The latter is driven by a neodymium magnet and has ferrofluid damping, and is also surrounded by a phase plug for wider and smoother reproduction of music, as well as a layer of felt, which is said to improve the transparency of the speakers. In addition, the cabinet is said to be heavily braced and optimized, and the speakers are ready for bi-wiring or -amping.

PSB's Passif 50s are said to be available for pre-order starting on August 1 and available in September, for a price of around €3000, $2500 or £2500. According to PSB, the first 500 customers will receive a handwritten letter from PSB founder Paul Barton, as well as the opportunity to receive a gift pack.