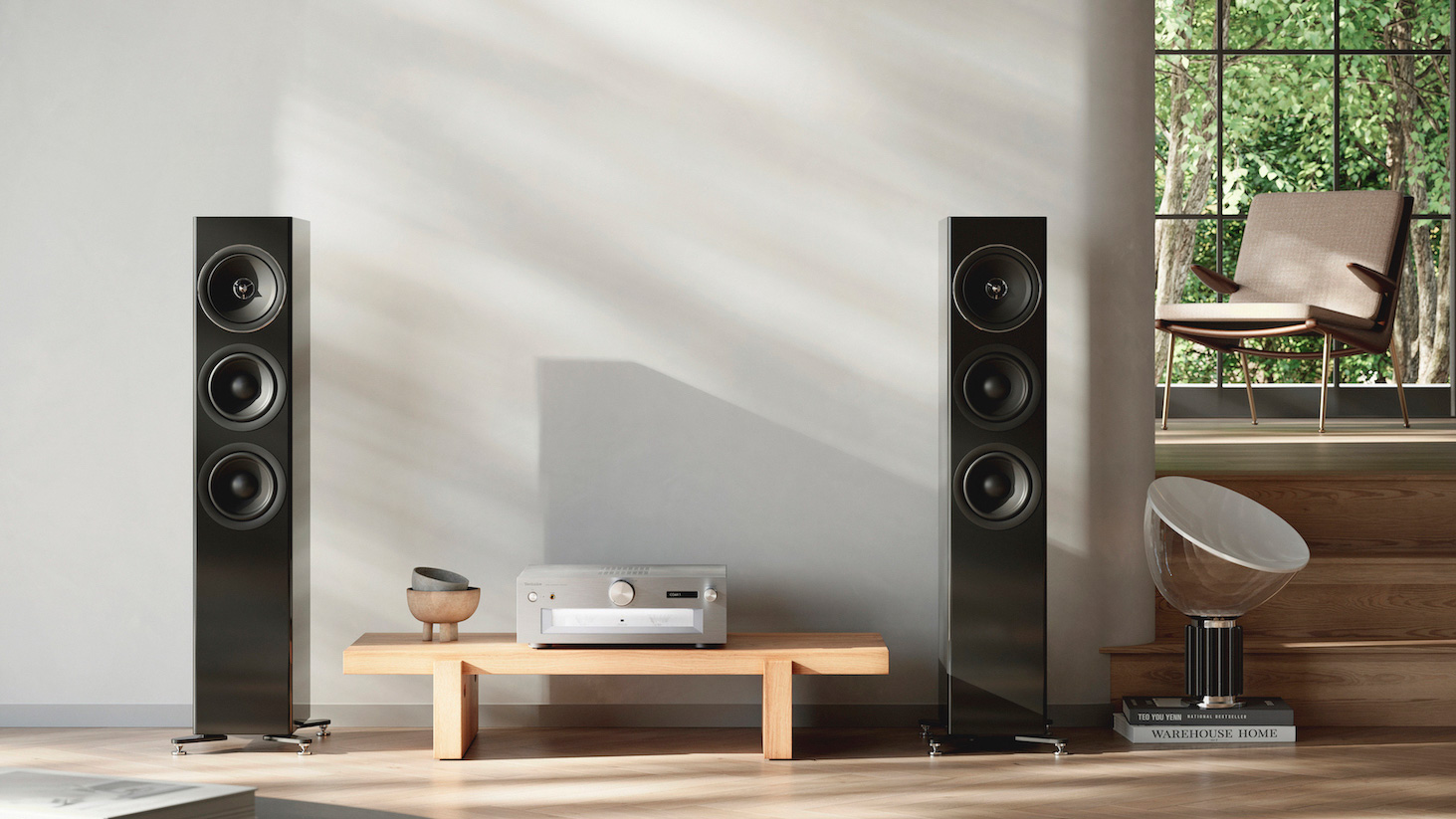 The new SB-G90M2 floorstanding speaker, the compact model SB-C600, the SU-G700M2 integrated amplifier, and the black version of the SL-1200G turntable, the SL-1210G are coming from Technics.

The new SB-G90M2 floorstanding speaker is the successor model of the SB-G90, and thus also a 3-way bass reflex speaker. Its main feature is a coaxial driver consisting of a 25mm dome tweeter and a 160mm midrange cone, accompanied by two 160mm woofers. According to Technics, the structure and shape of this coaxial driver has been optimized using the "Finite Element Method", which is supposed to reduce distortion, among other things. In addition, there is the "Balanced Driver Mounting Architecture" (BDMA), in which a second inner baffle, to which the driver magnets are mounted, has been extended, aiming to better dissipate vibrations. The Technics SB-G90M2E-K is said to be available in October* at a unit price of around €2300*, with a black high gloss finish.

The coaxial driver of the new Technics SB-C600 compact speaker is derived from this floorstander, consisting of a 15cm bass-midrange driver with a 25mm aluminum dome tweeter inside of it, which is said to provide a quasi-point source. The new compact model also inherits the BDMA from the larger speaker, which is again said to prevent and dissipate vibrations. In addition, the speaker features a front-facing bass reflex port, which is supposed to emit only minimal ventilation noise. According to Technics, the SB-C600E-K should be available from November 2021* for around €1000* per pair in matte black.

The new integrated amplifier Technics SU-G700M2 is also a successor model, in this case of the SU-G700, and is said to have adopted many technologies from the flagship SU-R1000. These include the JENO engine, which is supposed to prevent jitter and distortion, LAPD technology for matching the amplifier to speakers, and the AS2PS power supply. In addition, other improvements in comparison the predecessor are also said to be included, such as optimized sound characteristics. The new integrated amplifier Technics SU-G700M2E-K is supposed to be available from October 2021* in silver and black – for around €2300*.

*All availability and prices for Germany.