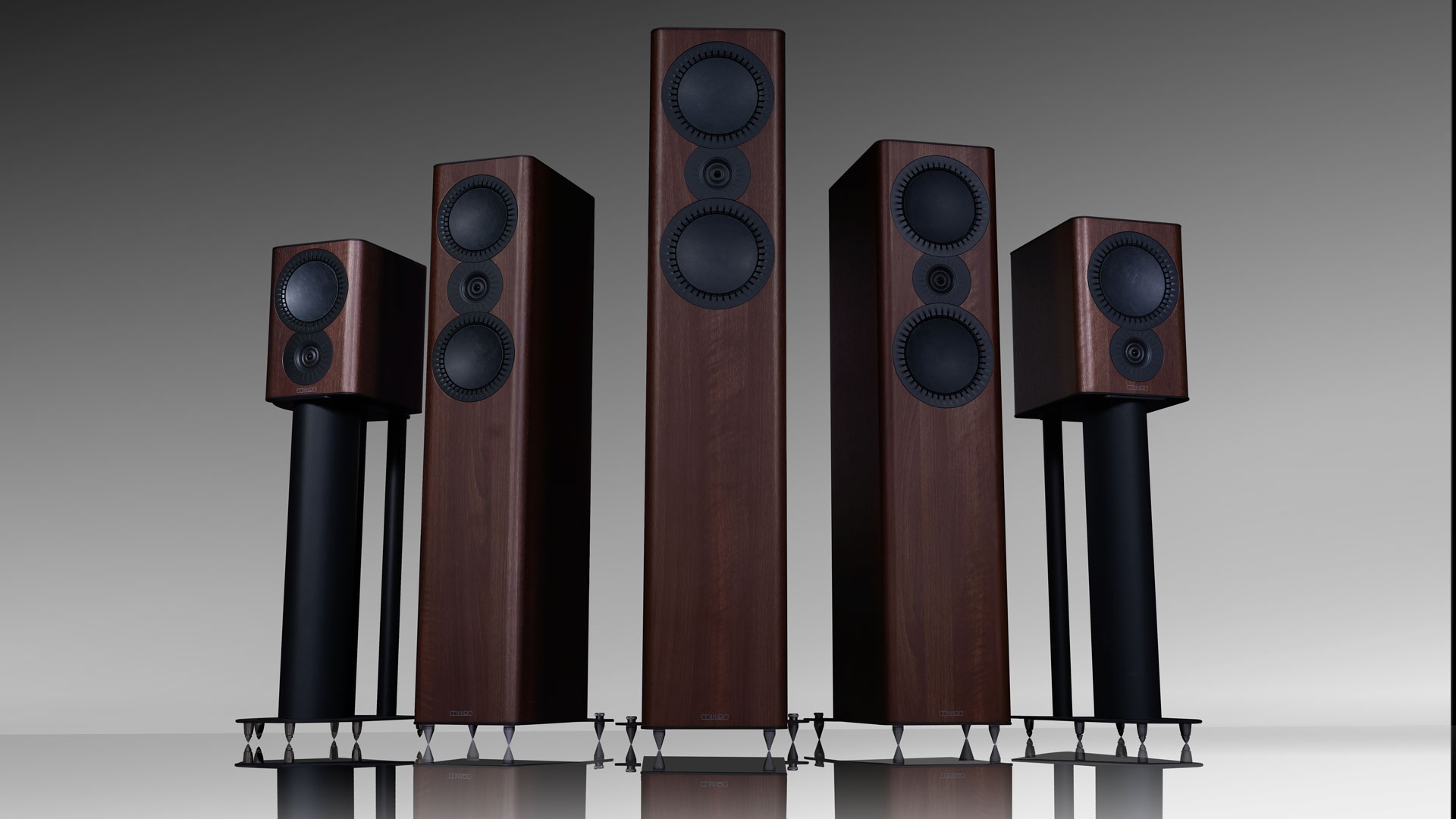 Including Center and Sub

In Mission's new QX MKII series, many details are said to have been improved, including updated drivers and crossovers.

In addition to the two standmount speakers QX-1 MKII and QX-2 MKII and the three floorstanding models – QX-3 MKII, QX-4 MKII, QX-5 MKII – the new series from Mission also offers an active subwoofer as well as a center speaker. The subwoofer works with a 30cm driver made of cellulose fiber.

The speakers in the updated series all carry Mission's "Ring Done Tweeter," which – unlike traditional dome tweeters – has a ring-shaped membrane and is thus said to be driven more evenly and without partial vibrations. This tweeter also has its own damped chamber in the cabinet, which is supposed to prevent it from interacting with the other drivers. The remaining frequencies are reproduced by the "DiaDrive" bass driver, which is also supposed to reduce vibrations thanks to a curved diaphragm. In the latest version, this driver is now made of a long-fiber acrylic material, which aims to ensure high stiffness as well as damping.

The crossover in the QX MKII series has also been improved. All drivers are arranged according to Mission's "Inverted Driver Geometry" principle, thanks to which all sound waves are supposed to reach the listener simultaneously. The floorstanding speakers in the series have a second bass driver, while the series flagship QX-5 MKII also features another bass driver on the side of its cabinet, which measures 30cm and is said to reach down to 27 Hertz. Finally, Mission has also redesigned the tops and bottoms of the QX MKII speakers; these are made of solid aluminum and are said to thus improve stability and resistance against vibrations.

The new QX MkII series from Mission is supposed to be available immediately, in the finishes matte black and matte white as well as with a walnut veneer. For Germany, the prices are as follows: