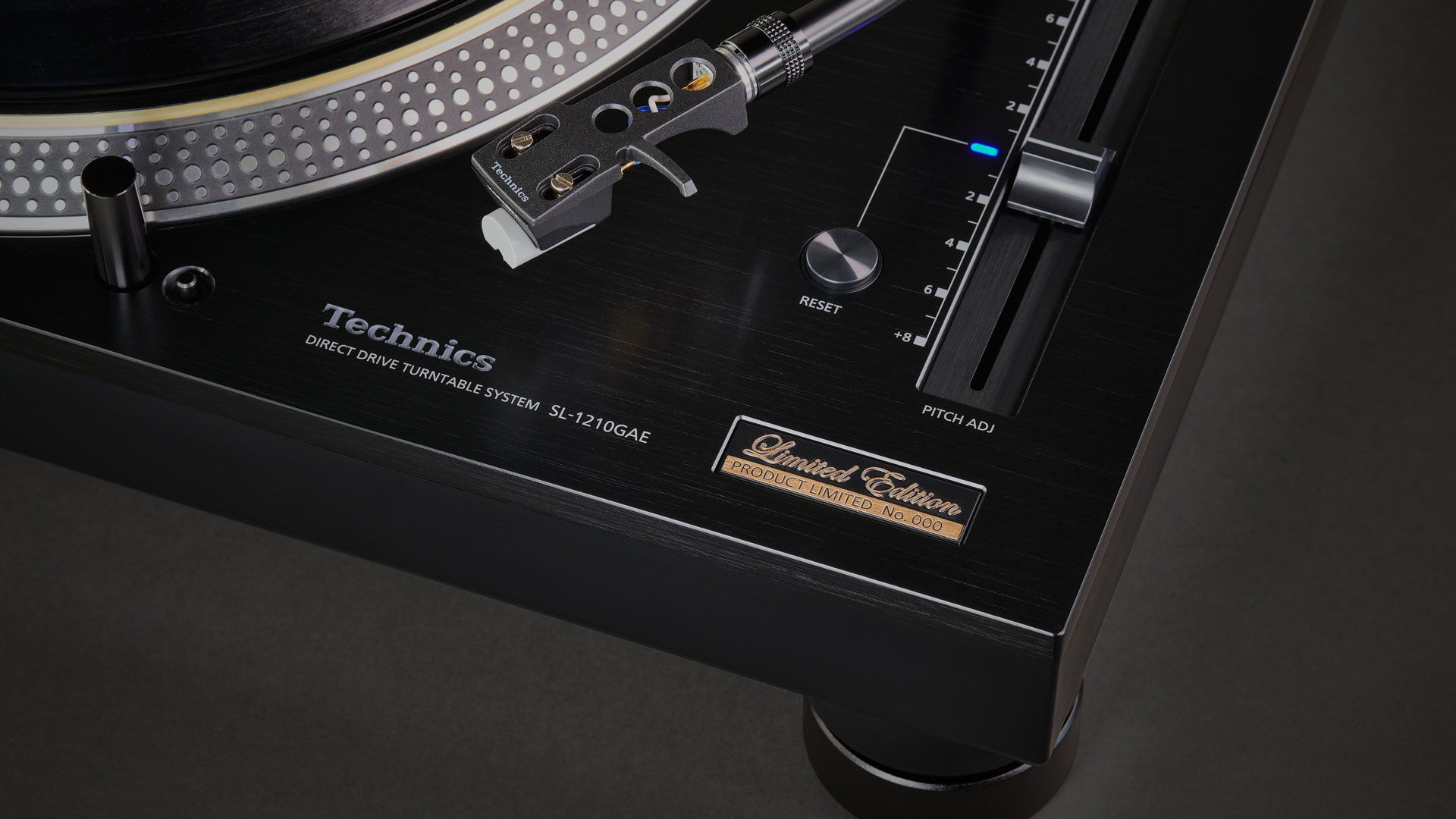 The turntable SL-1210 Special Edition from Technics comes in black and with an adapted MM cartridge from Nagaoka.

At the 2016 CES in Las Vegas, Technics launched a sensation in the shape of the then brand new SL-1200 GAE turntable. The sensation was all the more perfect since the turntable was based on the design and equipment of its famous role models, but presented their direct drive concept at the cutting edge of technology. In the end it was a completely new development, which also holds true for the elaborate chassis construction. The silver-colored unit's availability was limited but it was then launched as the technically almost identical SL-1200G.

To mark the 55th anniversary of the legendary brand, Technics is now launching a "Special Edition" in black, which is limited to 1000 units worldwide. It has stroboscopic lighting that can be switched off and optimised damping feet. 700 of them will be shipped to Europe and will be delivered in a package with the MM pickup Nagaoka JT-1210, which is perfectly matched to the magnesium tonearm. Sales will start in June and the price for the SL-1210 GAE Limited Edition will be around 4500 Euro.