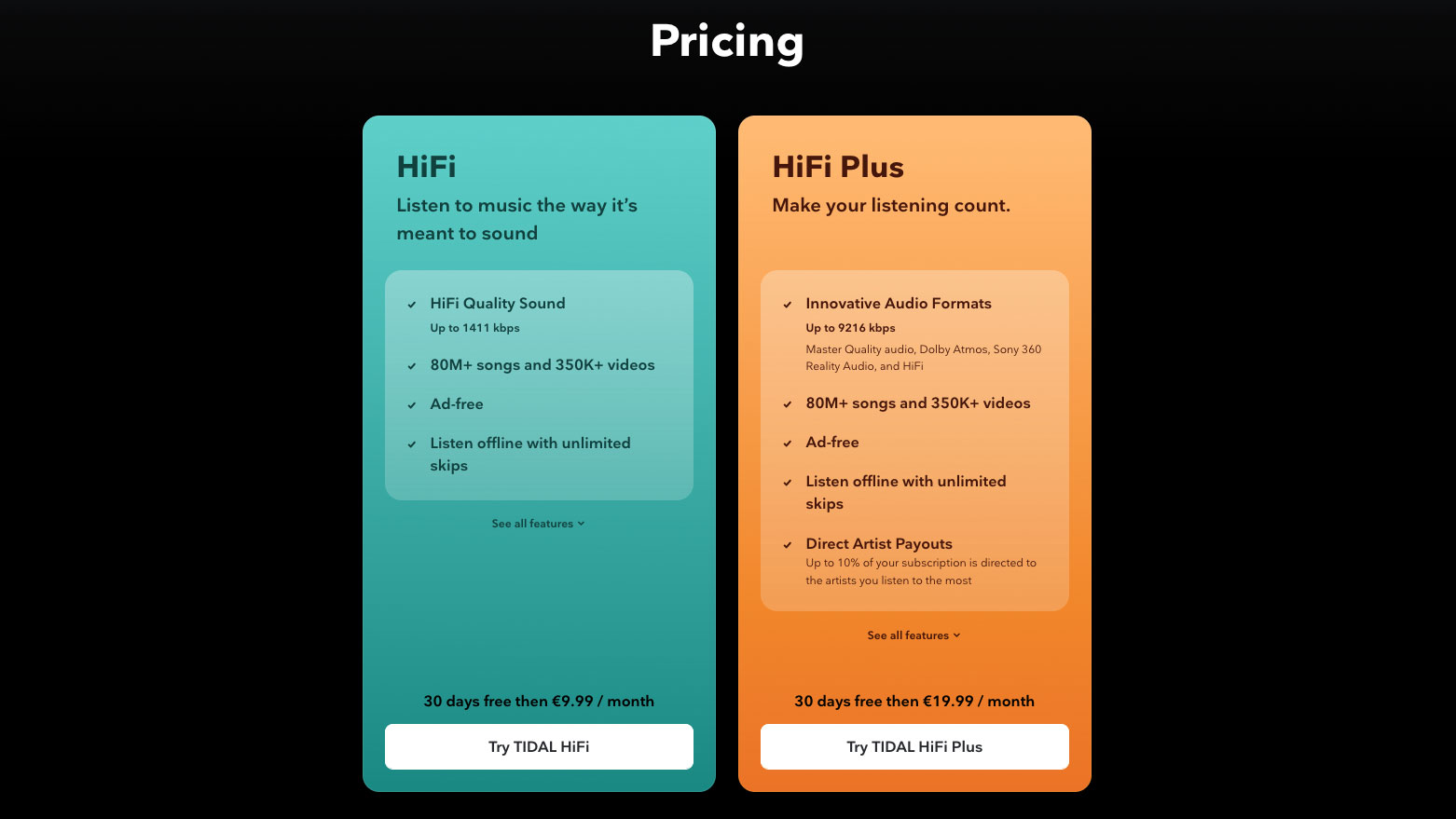 A Comparison of the new Tidal Subscription Plans (Screenshot from https://tidal.com/pricing)

The lossless subscription from music streaming service Tidal now only costs 10 euros per month – but without MQA. For 20 euros per month, you get HiRes and user-centered payout for artists.

Tidal is also introducing user-centered payouts for this highest subscription level. The subscription fees no longer go into a general pool from which the artists are compensated according to the total number of their streams. Instead, each subscriber's fee goes directly to the artists whose songs they actually streamed. This compensation model has been up for debate for some time, but has not yet been implemented by any streaming service. Tidal initially plans to pay "up to 10% of the monthly subscription fee" of "HiFi Plus" customers to the most streamed artists of that subscriber. Starting in early 2022, these "fan-centered royalties" – minus other costs, of course – are supposed to go entirely to the artists streamed by the fan. Subscribers will then be able to track exactly which songs they have streamed and how often under "My Activities" – in other words, which artists they have supported with their fees.

As a third subscription model, Tidal is introducing a free plan for the first time, initially only in the US. It is said to offer access to all 80 million songs, but with ads and only a limited number of skips on mobile devices.

*All prices for Germany.