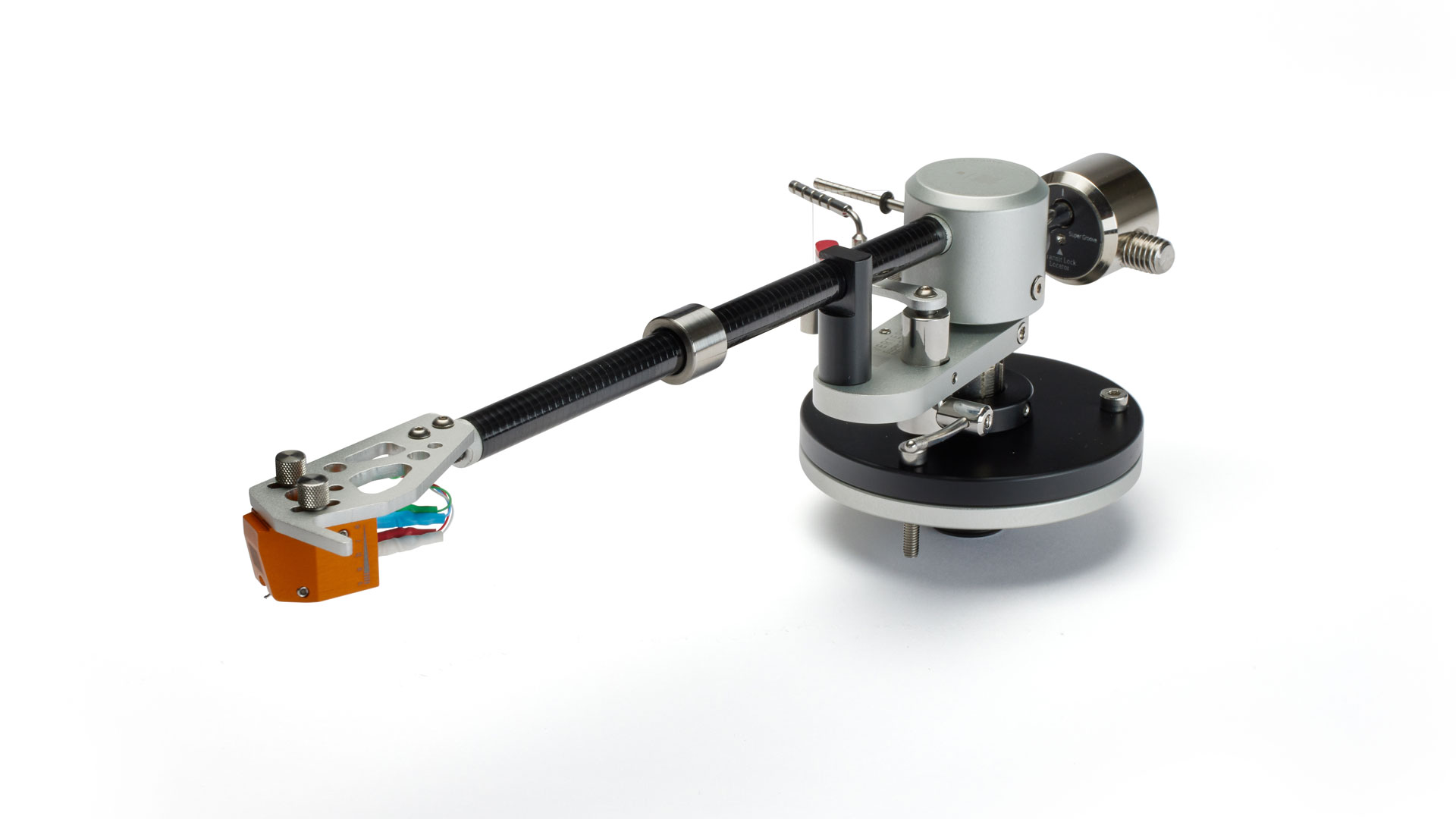 Vertere's two new "Super Groove Precision Tonearms" are said to offer high-quality materials as well as a unique bearing design, among other features.

Both new high-end tonearms mostly feature the same technologies and improvements. Amongst the most important of these is the "Tri-Pivot" bearing design. This three-point bearing consists of three silicon nitride balls, which sit in an acetal ball retaining ring, and support the stainless pivot centered between them. Among other things, this is intended to increase the arm's mobility, allowing the pickup to get more information out of the record's groove.

One difference between the two models can be found in the headshell: while the SG-PTA's rolled carbon fiber tube carries an aluminum headshell, the HB version features one made of titanium. The SG-PTA HB also features internal wiring based on Vertere's Pulse HB cables instead of the standard wiring in the SG-PTA; in both cases, the connectors are custom-made for Vertere as well as gold-plated. Fine adjustment of the tracking force is done by a ring which can be moved over the tonearm, together with the counterweight made of chrome-plated brass. In addition, the tonearms also feature a special anti-skating, which can be adjusted so that it acts differently at different points of the record.