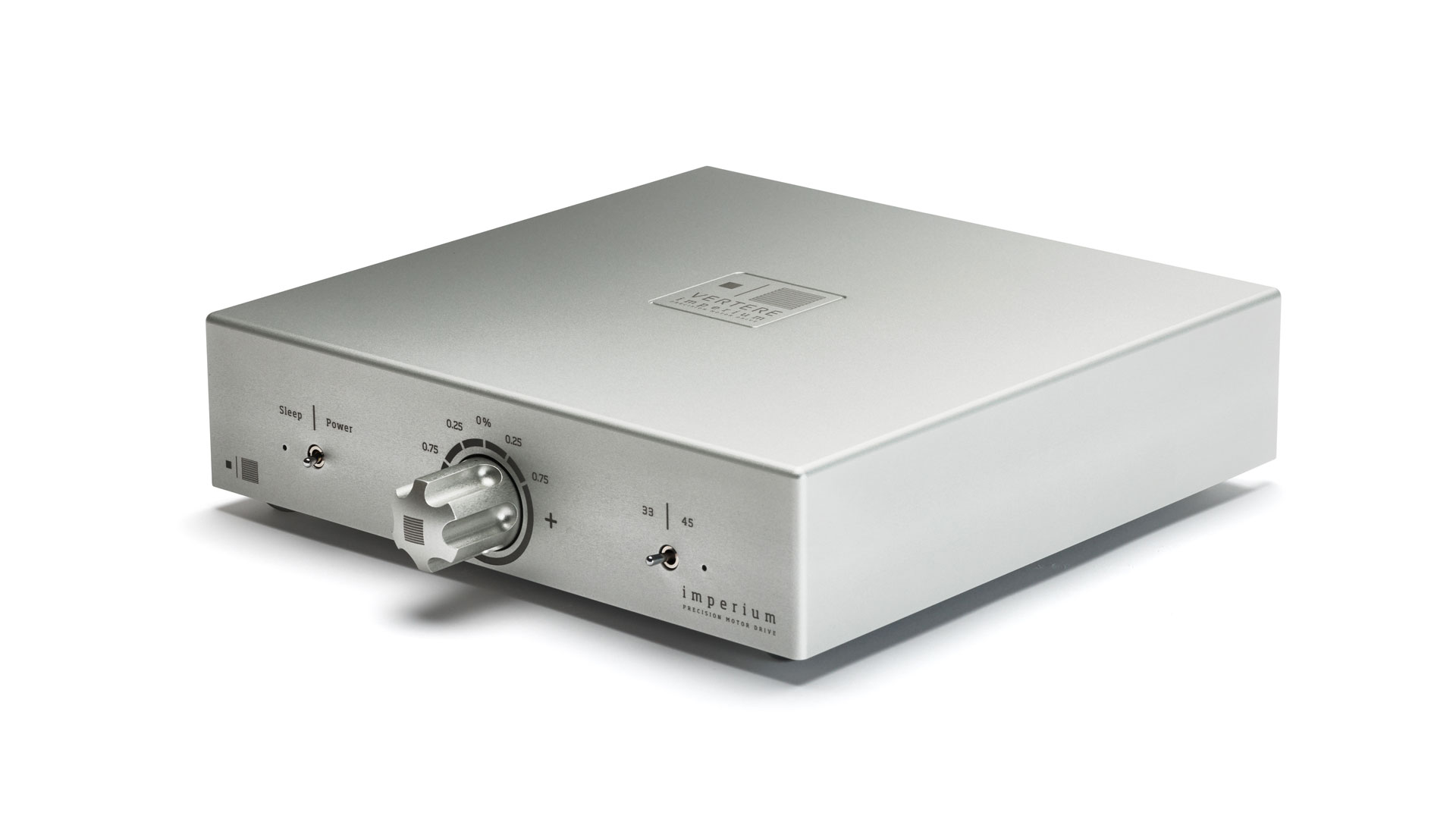 The new "Imperium" motor drive from Vertere Acoustics is said to be particularly suitable for both the SG-1 and RG-1 turntables, and is largely based on the Reference model.

With the new "Imperium", Vertere wants to offer a turntable motor drive that is less expensive than the "Reference MD" while also offering better performance than the "Tempo", which was introduced last year. "Imperium" is also said to be based on the "Reference" by employing simplified versions of the power supply and control functions.

Vertere's goal was to design a motor drive that would produce the purest possible sine and cosine waves while also offering low noise and safety against RF pickup. The solid aluminum enclosure houses a double-regulated linear power supply that powers the main circuit, the turntable's external lighting, as well as the digital control for the microprocessor and DAC.

The double-shielded and programmable microprocessor digitally generates the sine and cosine waves, which are converted into analog signals by the D/A converter, also double-isolated. This feeds two output stages, which generate the approximately 17 V for the motor and are supposed to work extremely cleanly. Everything works on a gold-plated, dual-layer PCB and fully regulated voltage rails that feed the various circuit sections. The board carries a mix of SMD and thru-hole components, and is thus said to offer the best of both technologies. The digital, microprocessor and DAC circuitry is shielded by copper foil, while the entire board is also secondarily shielded by a stainless steel plate.

The connection to the turntable's motor works via a gold-plated 7-pin DIN connector with threaded locking. According to Vertere, "Imperium" can also be reprogrammed to deliver precisely the correct speed, for example if new belt materials should require it. Together with the also new SG-PTA tonearm, the new motor drive is said to be an ideal match for the SG-1 record player from Vertere.

The new motor drive "Imperium" from Vertere Acoustics comes including a mains and a motor link cable and is said to be available immediately*, at a price of about €10.000*.