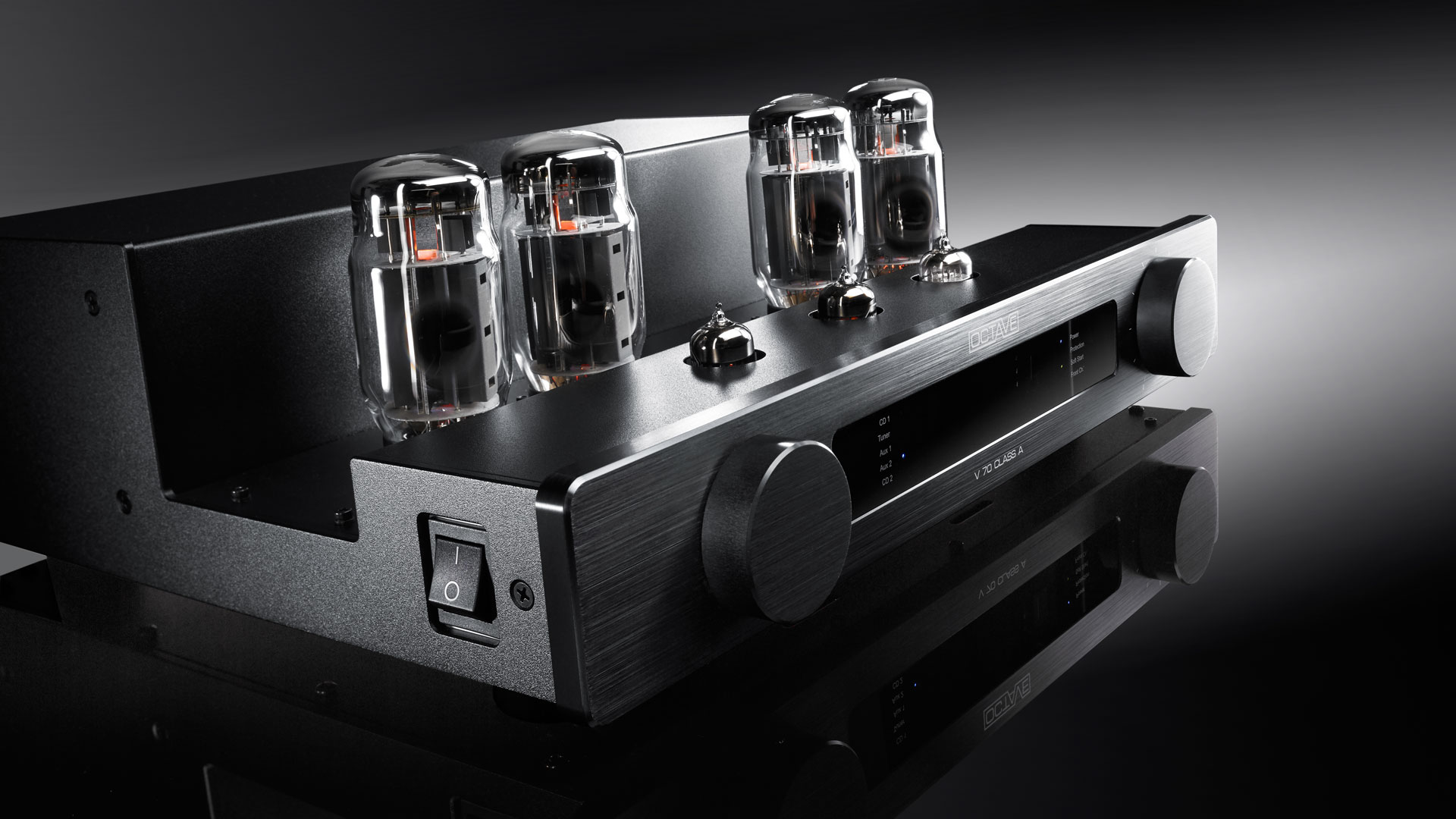 Class A with up to 70 Watts

With the V 70 Class A, Octave launces a newly developed push-pull integrated amplifier with rather high power output.

The V 70 Class A uses Octave's Dynamic Bias Control (DBC), which prevents the amplifier from reaching the Class A typical early power limitations for example on low impedance loudspeakers. The push-pull integrated amplifier delivers up to 50 watts at its peak - with the external power supply Super Black Box, it can even deliver up to 70 watts - and the output power can be adjusted between 25 and 50 watts. The V 70 Class A is thus designed to make the sonic advantages of a Class A circuit suitable for everyday use. It is available immediately in black and silver and costs around 8,500 Euros*.

Octave has also revised the HP 700 preamplifier and replaced it with its successor HP 700 SE. The new model's sound has been further developed in detail and it has also been given an additional balanced output. The predecessor cannot be upgraded to the new SE version. Iin the high level version, the preamplifier, which can be customized by means of two plug-in modules, costs around 12,000 Euros*.