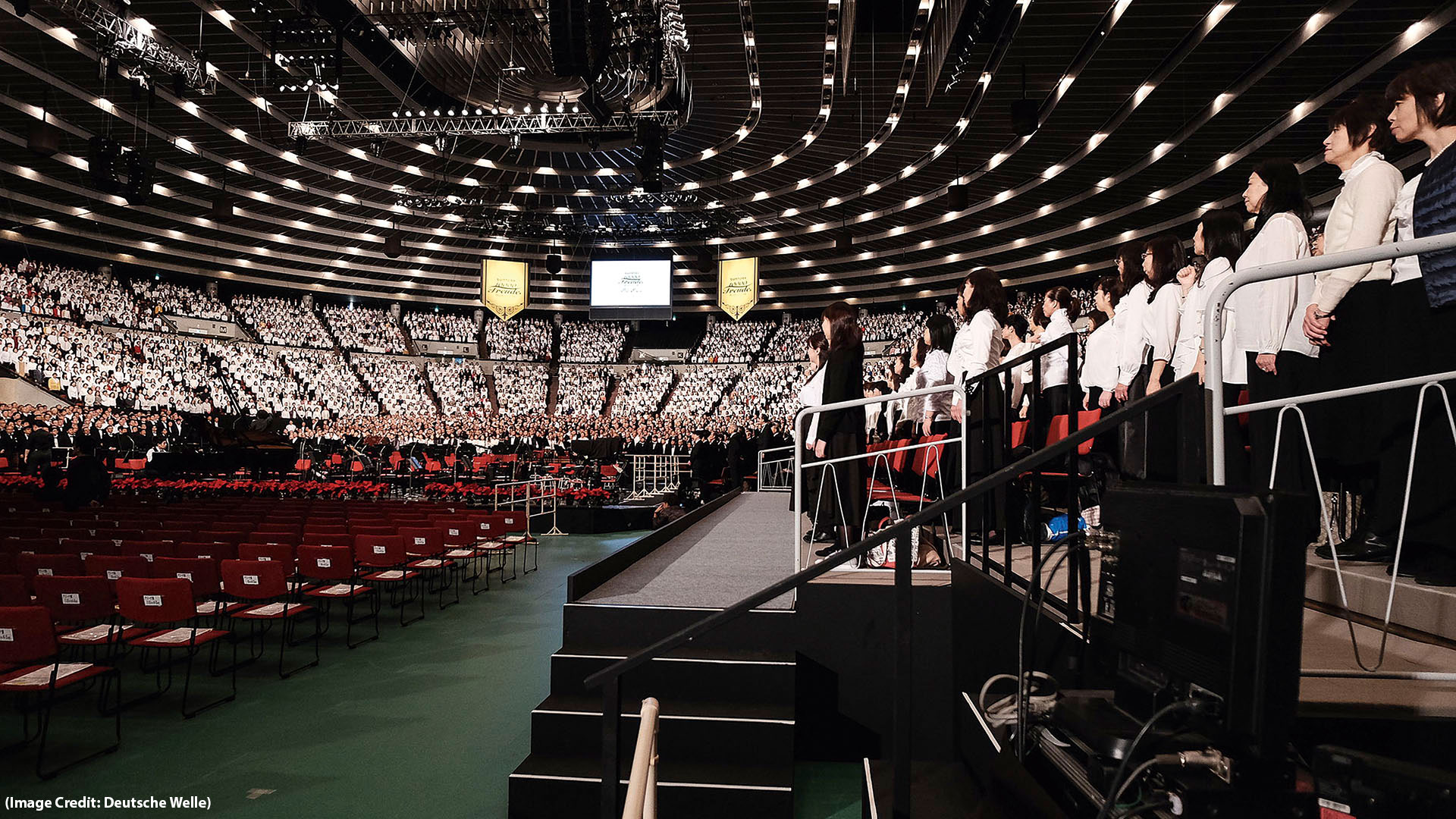 Be Embraced, You Millions! – Ludwig van Beethoven is not only the world's most frequently performed composer, in 2020 he will also be reflected in the media as never before – in magazines, documentaries, exhibitions and literature.

"Ludwig van Beethoven has never been as popular as today," states not only the German news magazine "Der Spiegel". In the 250 years after his birth in provincial Bonn, Beethoven has long enjoyed global fame. According to the website Bachtracks.com, he was the most performed composer worldwide last year: 13 percent of all classical concerts featured a work by Beethoven. Around 5.5 million users listened to his music on Spotify in February 2020 alone, most of them in Mexico City, followed by Istanbul, Paris, Madrid and Sao Paulo. Beethoven is also the namesake for numerous streets, ships, cars, trains and airplanes.

Two recent german documentaries illustrate Beethoven's global impact. "Diesen Kuss der ganzen Welt – Beethoven heute" (3sat) sets out to explore how (mainly) young people discover this classic for themselves: From the 23-year-old Indian star pianist Lydian Nadhaswaram to the computer scientist Ronaldo Kandume, whose life has been shaped by a music school in the Namibian desert, to Colombian street children and teenagers who spray graffiti and dance to a remix of Beethoven's fifth symphony – in Medellín, where just a few years ago a powerful drug cartel was ever-present.

"Beethovens Neunte – Symphonie für die Welt" (Deutsche Welle/Arte) focuses on one of Beethovens key works – his ninth symphony – and visits eight locations around the globe. In addition to celebrities such as the conductor Teodor Currentzis, who was intended to perform the Ninth with the orchestra MusicAeterna at the Salzburg Festival, music lovers are the main focus of this touching documentary. Some of those can be found in Osaka, Japan, where 10,000 amateur singers celebrate a communal experience, with their yearly rendition of the "Ode to Joy".

In addition to Schiller's idealistic text ("All people become brothers") and the catchiness of Beethoven's "joyful melody", it is often the physical effect of the music that directly touches people. Joséphine Nsimba, market woman and cellist in the Orchestre Symphonique Kimbanguiste (Kinshasa), expresses this as follows: "You can feel the vibration in your whole body. It triggers joy deep in your heart and forms a bond with Beethoven." A level of perception that enables even the deaf to have access to Beethoven, as the "Feel The Music" project in Barcelona shows: We witness deaf people who literally feel sounds. Beethoven himself must have perceived his Ninth Symphony in a similar way at its premiere in 1824.

Despite these impressive examples from around the globe, the narrative of Beethoven as the creator of a "universal world music" was by no means unanimously agreed upon at the international congress "Beethoven Perspectives" in Bonn earlier this year. The historian Martin Rempe, for example, pleaded for a more differentiated view; after all, Beethoven was not popular in all regions of the world – in Africa, for example, hardly ever to this day. As reasons, Rempe cites the fact that Western culture carried colonial associations in the past, as for example in Rhodesia, today's Zimbabwe, where in the 1970s an apartheid regime misused the melody of the final movement of the Ninth Symphony as the national anthem. The music of Johann Sebastian Bach, on the other hand, has a seemigly easier time in Africa dute to its religious connotations.

In Japan, contrarily, the modernization of the state and the economy was accompanied by an orientation towards Western culture and thus also towards classical music. The same applies to the Soviet Union - Lenin liked to refer to Beethoven, as did Stalin: "This is the right music for the masses, which cannot be performed often enough. It should be heard even in our smallest villages." The fact that a Beethoven Club was already founded in Rio de Janeiro at the end of the 19th century, however, can be attributed to a globally networked middle-class, which demonstrated its bourgeoisie cultural awareness through this.

In the USA, German emigrants in particular were responsible for the veneration of Beethoven that continues to this day. As the musicologist Marianne Betz explained using the example of Beethoven's reception in Boston, the Germania Musical Society, an orchestra with musicians of German origin, provided important impulses for the musical life of the East Coast as early as 1848. In 1881 the Boston Symphony Orchestra was founded, which initially rehearsed exclusively in German. In its first season, it performed all of Beethoven's symphonies and other works.

Other emigrants, such as the violinist and conductor Theodore Thomas, who came from East Frisia and founded the Chicago Symphony Orchestra in 1891 and who was its first music director until his death in 1905, also spread German culture in the New World. Above all, Beethoven's music was elevated to a sacred art that expresses the striving for infinity. The First World War marked a radical turning point: whereas Beethoven had previously been seen as an "American in spirit", propagating values of democracy in works such as the "Ode to Joy", many now saw him as a representative of the enemy. His works had to disappear from the programs due to anti-German protests. However, the Beethoven boycott ended already a few days after the end of the war.

Another example of how differently Beethoven was instrumentalized: While Arnold Schering raved about the Fifth Symphony in 1934 as a work of "national uprising" and equated it with the image of the "struggle for existence of a people that seeks and finally finds a leader," during World War II its famous "fate motif" was used by the British BBC as a jingle because it stands for the letter "V" (for victory) in Morse code. Especially Ludwig van Beethoven's Ninth Symphony has often been misused: for example as a birthday serenade for the "Führer" in 1942 (conductor: Wilhelm Furtwängler), as accompanying music for the introduction of Stalin's totalitarian constitution in 1936 or as heroic farewell music for Japan's kamikaze pilots.

None of this would have been in the spirit of Beethoven, who criticized the authoritarian self-image of princes as much as he did the coronation of Napoleon as emperor. The French Republicans were right to see the pillars of 1789 in the Ninth Symphony – "equality, freedom, fraternity". In 1989 it became the soundtrack of freedom when Leonard Bernstein performed the work shortly after the fall of the Berlin Wall near the Brandenburg Gate with musicians and singers from the USA, Russia, France, England and both parts of Germany. Since 1985, the instrumental version of the "Ode to Joy" has been the official anthem of the European Union and thus stands for its fundamental values: human dignity, freedom, democracy, equality, the rule of law and the respect of human rights. The fact that the Beethoven Year is supposed to be concluded on December 17 with this piece – played jointly by Israeli, Arab and European musicians of the West-Eastern Divan Orchestra – is therefore a sign of great symbolic power.

The same applies to his sixth symphony, which in 2020 stands for another theme that moves mankind: the conservation of nature. As a passionate nature lover ("how happy I am to be able to walk in bushes, forests, under trees, herbs, rocks, no one can love the land as much as I do"), Beethoven would probably have welcomed the fact that the World Climate Secretariat of the United Nations is calling on artists all over the world to protect the climate with his work. Artistically speaking, so far the contributions presented at pastoralproject.org/media-gallery might not be fully convincing, although it is certainly a sign of good humor when, for example, an amateur pianist plays a piano arrangement of "Pastorale" to elephants in the Thai jungle.

Beethoven's work is also appealing to the pop world and, according to the musicologist Michael Custodis, "allows for much projection". In the award-winning film "Elephant", which reflects the rampage of two students at Columbine High School in the USA in 1999, he becomes a symbol of our culture: When one of the students fails the "Moonlight Sonata" and turns away from the piano in frustration, he finally breaks with human ideals.

Teodor Currentzis even believes that Beethoven would be understood by extraterrestrials as an advocate for humanity: "If someone comes from another planet and asks: 'What makes human civilization what it is?', then it would be best to play the Ninth Symphony. It is a proof of human civilization." NASA apparently has a similar view, as they immortalized Beethoven on the famous "Voyager Golden Records" – data disks with image and audio information, which are attached on board the space probes Voyager 1 and 2 launched in 1977 to present the cultural heritage of mankind to extraterrestrial life forms. Beethoven is represented there twice: With the first movement of the Fifth Symphony and – as a finale – the Cavatina from the String Quartet op. 130.

"The moral law within us and the starry sky above us. Kant!!!!," noted the deafened Beethoven in 1822 – from today's perspective, an almost prophetic statement. After all, since the Voyager space probes left our solar system, Beethoven is no longer a global but in fact an interstellar phenomenon.