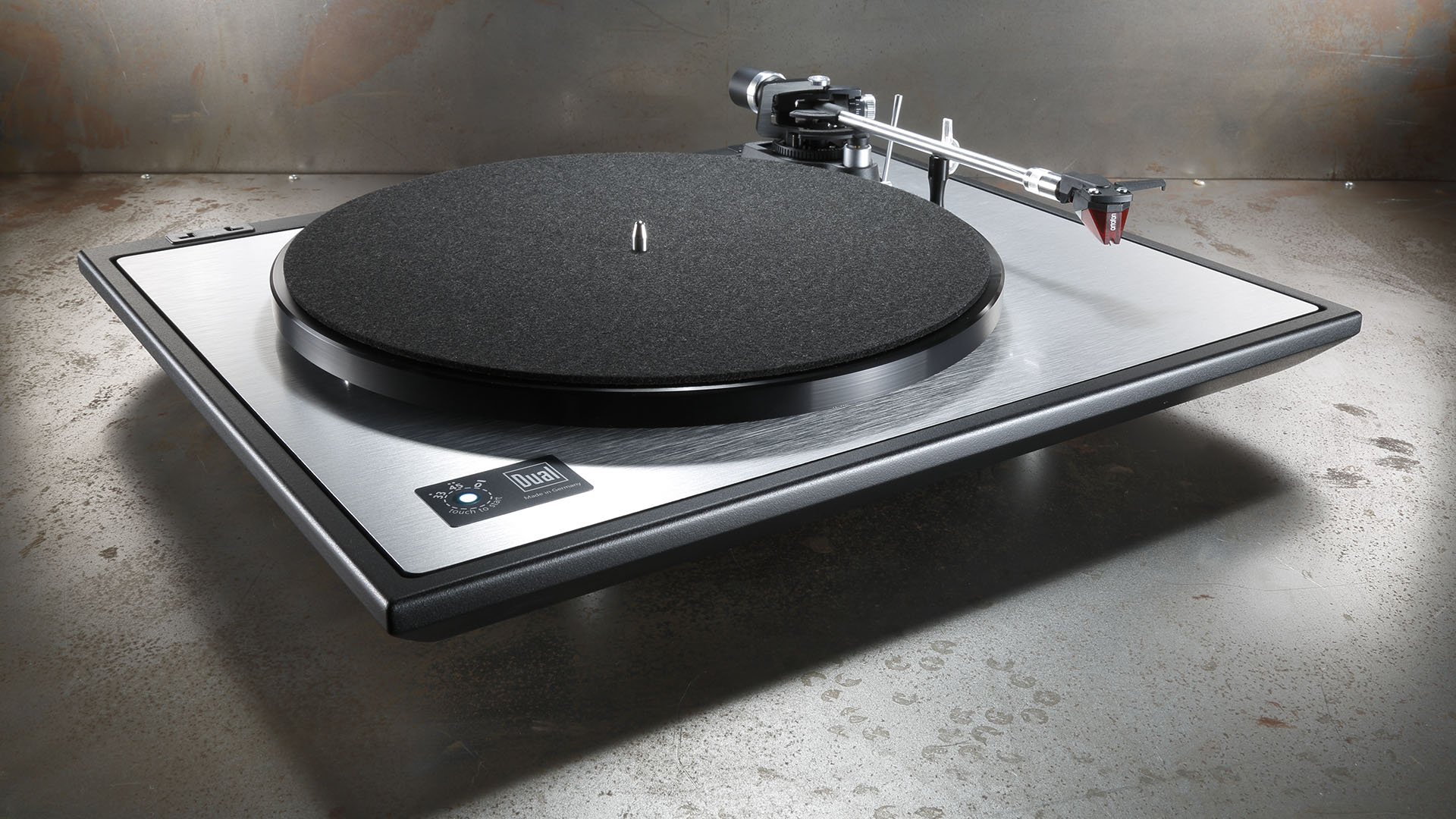 Dancer in the Storm – For many years now, Dual has been making turntables deep in Germany´s Black Forest, including the brand new CS 800. STEREO payed them a visit, ordered the new record player for testing – and we were quite impressed.

St. Georgen in the Black Forest – for most people today it is nothing more than a pretty little town you might visit during a vacation in this beautiful region in the southwest of Germany. For hi-fi fans with some historical awareness, however, this town has an almost magical sound: for many years it was a center of the German hi-fi industry with thousands of employees and production facilities that took up entire streets.

But that was long ago, and those times are history now. With the decline of nearby electronics manufacturer SABA, the profound structural change in the town began, not even stopping at the record player manufacturer Dual, itself rich in tradition.

Where once a considerable number of employees produced high-quality, durable and affordable turntables in huge quantities, the Dual Phono GmbH now constructs the modern Dual turntables in a small factory in the tradition of the former world market leader. They also make sure that almost all spare parts are still available, even for the "heroes of old". Anyone who has ever been trying to get his hands on spare parts for an old turntable of Japanese origin – which can easly drive you close to a nervous breakdown – will appreciate this service.

Now, managing director Andreas Laux and his team have not only fine-tuned the technology – we'll get to the details in a moment – but have also given the CS 800 a new design that is as simple as it is exciting. Not only is the appearance modern, but in spite of (or perhaps thanks to) the manufacturing process, relying on being both handcrafted and of high quality, the technology can also impress.

After almost 100 years, the fine mechanical craftsmanship of Dual in St. Georgen is still cultivated with a watchmaker´s precision, from which the company once sprung. The 15 employees, who produce around 5,000 turntables annually, are still committed to this tradition, but are also always looking for ways to improve things even further. In doing so they focus on a different tradition of Dual: offering sophisticated technology "Made in Germany" at prices for average earners.

A solid frame does fit the CS 800 quite well. The newly designed sub-chassis of the manually operated, flat-belt driven turntable is mounted on so-called parabolic springs. These are close relatives of the classical leaf spring, the main difference being that the thickness of the spring changes, similarly to a parable. Even after long research, we have not yet come across any parallel to this in the world of turntables. And some people are still claiming that there are no more innovations in the hi-fi industry...

To further minimize external influences, three adjustable, damped aluminum feet were added. The tonearm is gimbal-mounted in best Dual-tradition, but has received careful attention to detail: the bearings have been reworked and offer even less friction, and the internal tonearm cabling has been replaced by a mechanically more flexible and electrically improved version. The headshell consists of a carbon-fiber mixture that is as rigid as it is low in resonance.

Even the motor, otherwise a popular starting point for all kinds of criticism, is now immune to mains fluctuations, as a DC motor with electronic speed control was chosen. While this motor is not that powerful, it certainly has no problem powering the relatively light, resonance-damped platter via the flat belt. The plug-in power supply is class standard and leaves enough space for improvement just like the pickup Ortofon 2M Red. Good average, but the drive and tonearm could handle higher quality – at least as per our first impression. The cabling has been set up nicely, the very neat cinch sockets give owners the choice to make improvements here as well. The lift could sink into the groove a bit more gently, but works precisely.

You might be convinced to think that the sound of a record is determined only by the pickup, as long as the turntable has a synchronism, that does reproduce the soud of a piano without any yelping or droning. In that case you should ask your local dealer to demonstrate how great an influence a turntable can have on sound. This Dual turntable should then be among the best in its price range. Although the measured values for synchronism and rumble-free operation are good, though not outstanding, the Dual CS 800 presents itself as an expert in its field.

This is probably due to two main features: first of all the tonearm, which guides the cartridge safely and yet reacts beautifully to the tiniest groove deflections, so that even the potential of high-quality pickups can be explored and utilized. On the other hand, its insensitivity to mechanical and acoustic vibrations is also an important factor. Quite a few turntables – some of them very expensive – react very delicately to impact sound and/or acoustic feedback. In order to perform their task undisturbed, those need a very quiet, soundproof place to avoid the risk of falling victim to acoustic feedback. This is signalled by booming noises or loud whistling transmitted through the loudspeakers. The Dual, in contrast, reacts surprisingly calm and confident, even at high volumes.

Recently, a new triple live album by Rory Gallagher, named "Check Shirt Wizard", was released. On this 1977 recording, the extraordinary Irish guitarist shows why his fans are still at his feet today, many years after his death. In order to make it feel right, however, the volume control may well be turned to the upper third. Then your feet start tapping along, your upper body swings and you have to control yourself, with some difficulty, to avoid starting to play air guitar like a teenager during "Bought and Sold". Even in the most unfavorable position, close to the ground and between two speakers with a strong bass, the Dual performs completely unimpressed. No thickening in the bass, no feedback, but a lot of sensitivity for the band structure and the energetically and emotionally celebrated spirit of blues.

Yes, a touch more resolution and dynamics would have been nice, but they still are not really missed, because the actual musical substance is captured by the Dual with ease. In general, this seems to be the strength of the newest Black Forest-turntable: transporting emotions. Nitpickers may prefer the sobriety and distance of some of his colleagues, but the Dual scores instead by showing the big picture; blatantly put: He makes music, while others dissect.

Therefore, the inexpensive Ortofon cartridge system is perhaps not such a bad choice to start with. When the desire to attain more blackness and dryness in the bass and a touch more resolution increases, while still retaining the current qualities, one can still look for a higher quality pickup system. Until then, you may dream your way to the deepest south of the US, just like we did, with Memphis Slim to Nashville, Tennessee.

Or digress to San Francisco, where three guitarists wrote music history on a hot August night in 1980. The CS 800 will easily get you in the mood for dancing when the "Mediterranean Sundance" sounds, intoned by Al Di Meola and Paco de Lucia. At least your upper body will probably swing into delighted vibrations in record time and you won´t think for a second what a turntable could do even better now.

It is quite wonderful that there are devices like the Dual CS 800, which makes "experiencing music" possible in this way, at an affordable price and "Made in Germany".

The CS 800 heralds a new age of Dual that promises to be exciting. It has obviously been developed with a lot of musical feeling and finesse, is visually and technically accomplished and has a very clean finish. 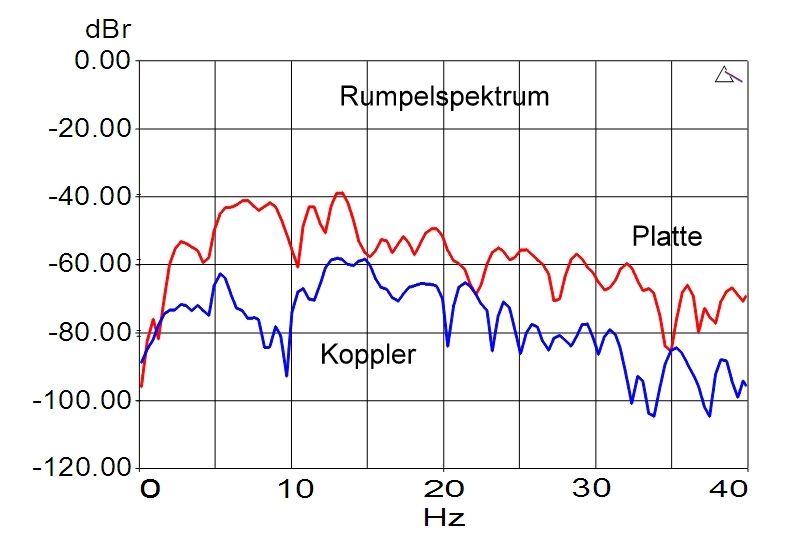 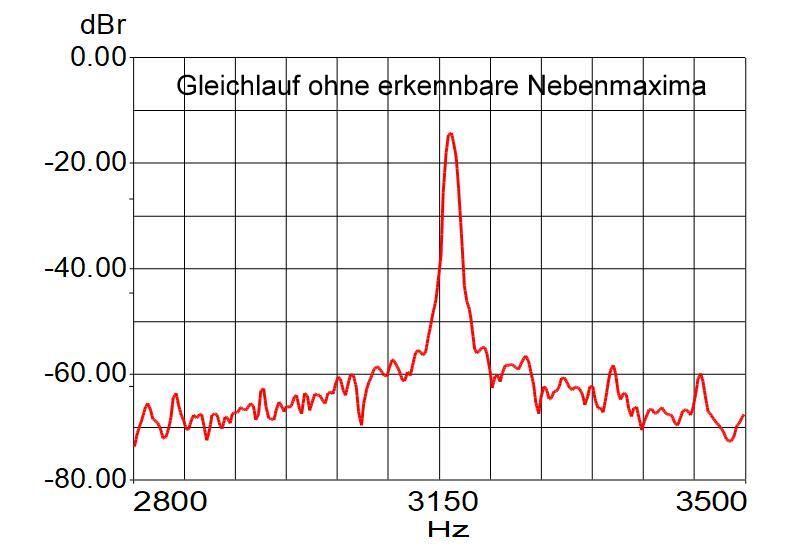 No one ends up here by accident, we were sure of that after we had completed the journey to the Dual manufactory. We started in Iffezheim, on the German-French border in southwestern Germany, at the headquarters of Dual distribution company Sintron, and accompanied by product manager Christian Fröhling. We then drove through an almost endless labyrinth of corners and turns over the Black Forest´s various country roads to St. Georgen.

This is what you get for your curiosity. Wouldn't it have been enough to simply send the CS 800, the subject of the test report, and let Andreas Laux, owner of Dual Phono GmbH, take a few pictures of the fabrication? No, there are just some things you want to take a close look at in person to make sure that the information in brochures and on the homepage stands up to comparison with reality. Which is clearly the case here. Laux, a passionate hobby musician, studied computer science and economics before he started a successful career at a German electronics store chain. But the desire to follow his passion – the restoration of old turntables – which he had cultivated since his early youth, drove him to pull out all the stops and acquire the original production facility, including the know-how of the employees who have been working there for decades.

In the meantime, however, 41-year-old Laux, who is allowed to produce the turntables under the name Dual GmbH and sell them throughout Europe thanks to the existing licensing rights of the Dual GmbH, has set his sights high. He is looking for potential for improvement over the classic models produced by him and his staff, and seems to have found this potential with the brand new CS 800, the first model in an entire series. In any case, we can confirm, in good conscience, that the Dual turntables of the CS series are indeed lovingly handcrafted in Germany´s beautiful Black Forest.

Image Gallery from our visit to Dual