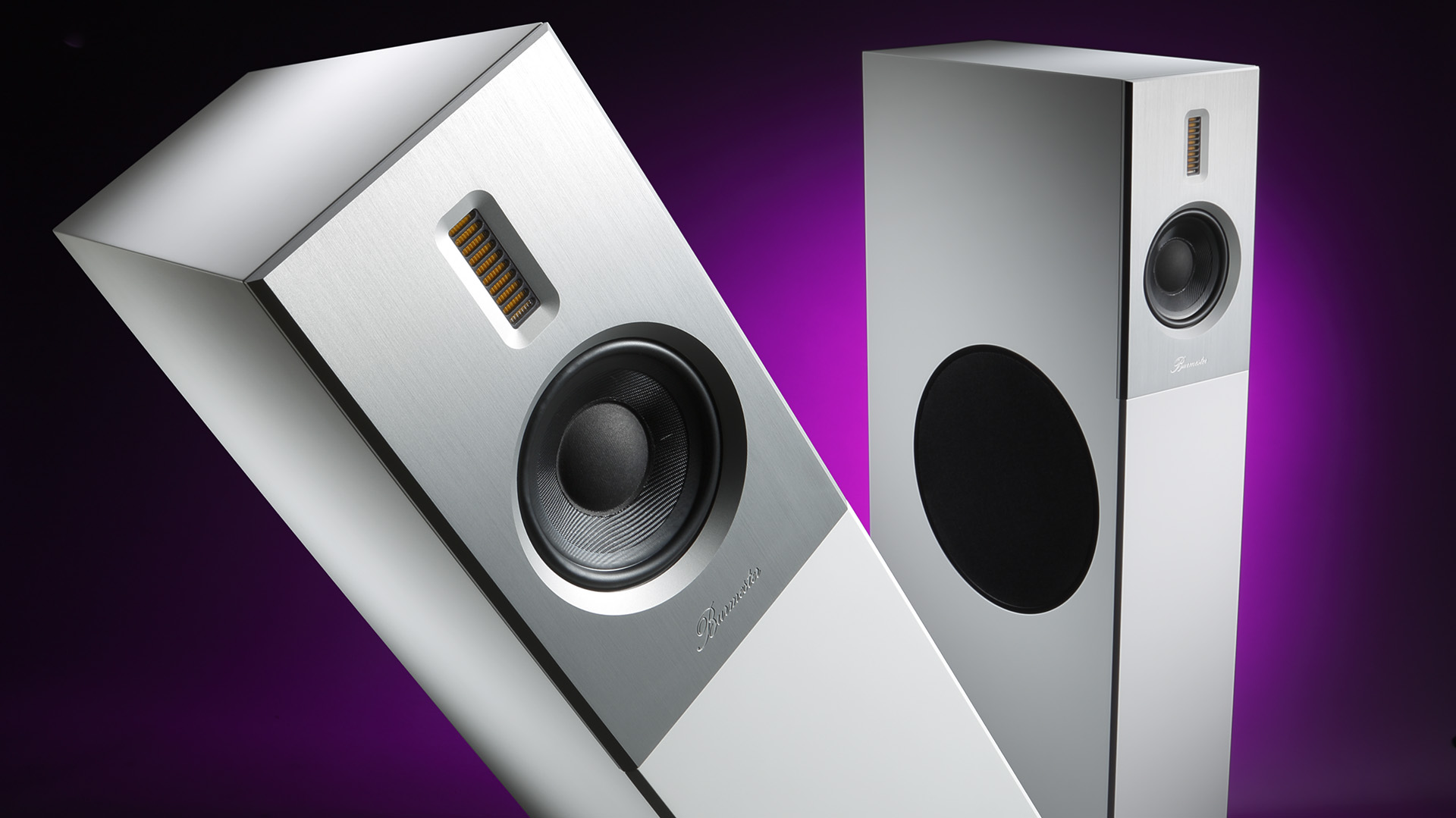 The Big Brother – Burmester expands its range of products with the floorstanding loudspeaker B38, entering the highly contested 20,000 Euro price category. STEREO was the first to extensively test the newcomer.

Burmester is not the largest hi-fi company, both in terms of revenue and number of employees. The manufacturer also does not have the ambition to offer the most expensive products in the high-end market at any price – nevertheless, there are only a few other consumer electronics companies worldwide that evoke a similar desire and enjoy a reputation as good as this manufacturer does, founded by Dieter Burmester in 1978. However, the first step towards this was not made by loudspeakers, as Burmester only started producing these in 1994 with the model 949, but by the legendary preamplifier 777, introduced in the summer of 1977.

After its founding, Burmester´s electronics quickly gained worldwide recognition in a market previously dominated by Japanese, English and American manufacturers. It took a while, however, until the loudspeakers achieved a similar status and skeptics were convinced that the company´s employees in Berlin did not only understand electronics and skilful design.

Starting with their first loudspeakers, Burmester always had a weak spot for foil tweeters. So it should not come as a surprise that the B38 uses a newly developed Air-Motion-Transformer, a folded piece of foil, that is light and reacts extremely fast to impulses. The Berliners expect an excellent resolution, in combination with high level stability and a wide, even radiation pattern from this handmade tweeter. Like all Burmester chassis and components, it is subjected to an extensive quality control, strictly selected in pairs and always compared to a reference model. All measurements are documented for each individual driver in order to be able to provide a perfectly fitting replacement in the unlikely – but not impossible  – case of damage. All measurements are taken after a break-in period of at least seven days, including the endurance test, and not on the brand-new chassis.

The same rules apply, of course, to the 17 centimeter glass fiber midrange driver, chosen after long and intensive listening sessions. It is supposed to serve as the perfect link between the tweeter and the powerful, long-throw, 32 centimeter wide woofer made of a paper sandwich material with a neodymium magnet drive. All of these are exclusively manufactured for Burmester – they are not found anywhere else.

But a loudspeaker is of course not only made of its drivers. Only when all further elements have been considered with a similar attention to detail, one can start to fine-tune the sound with a clear conscience. It is therefore not surprising that the crossover contains several components from the Cologne-based supplier Mundorf, which enjoys an excellent reputation worldwide. The cables have been meticulously selected too – not only for their sound quality, but also for their compliance with all applicable regulations and safety standards, such as absence of pollutants, reaction to fire, etc. The intensive research and aim to minimize the cabinet´s own movements and resonances, as well as the reasearch put into the cabinet as a whole, goes without saying for Burmester.

The walls are made of two layers, each up to 19 millimeters thick, which is one reason for the not inconsiderable weight of over 50 kilograms. Using the finite element method, an elaborate calculation program, additional stiffeners and braces were carefully inserted at neuralgic points and the interior was clad with precisely calculated amounts of damping material. Furthermore, the development team, centered around Stefan Größler, succeeded in not needing any spikes. To achieve this, by decoupling the box from the floor, they adapted the spring-mass system, which was already tried and tested (with success) in the smaller B18. It works perfectly and does not spark wishes for the return of the pointed cones – a clever solution!

Perhaps you are wondering what all of these costly efforts are good for? At Burmester (and, by the way, in studio technology as well), selection (of components), long-term stability and quality control as well as the certainty that a repairable device will be at least as good as it was in its original condition after it has been fixed, are regarded as basic prerequisites for satisfaction and sonic perfection. Only if left-right equality with minimum tolerances exists, a truly spatially precise sound image can develop itself.

The electronics, which the Berliners have been building symmetrically for decades, only work as intended if all components are very strictly selected – otherwise all of this effort could be saved, because the symmetry would then not offer any advantages at all, as the signal would run through twice the number of components, without sense but with damage to the sound. The cost of all of this is the main reason why many manufacturers prefer to build their devices unbalanced and just equip them with XLR jacks that only simulate true symmetry.

Now, let us come to the point of finally letting the cat out of the bag: How does the big brother of the well-reputed B18 sound? In one word: breathtaking! From the very first tone onwards, it delivers what only really excellent speakers are capable of doing: conveying a feeling of authority and greatness as soon as the first note sounds. This rare experience was indeed instantaneous, even before we – due to our impatience and curiosity – had made the fine adjustments by fine-tuning the placement and regulating the bass range via the corresponding switch and porous foam plugs.

Designed more as a warm-up exercise, we put a SACD containing Julian "Cannonball" Adderley accompanied by Miles Davis and others into the T+A player 3100 HV. As the grandmaster of the trumpet was dominating the scene from the left-hand corner in "Autumn Leaves", we flinched, enthralled by the energy that was released. There is no doubt that this speaker knows how to convey tensions and moods that are rarely experienced, and if they are, mostly in price ranges above 20.000 Euros. The rest of this recording´s sound, however, was also convincing thanks to the B38: the bass was powerful and deep, yet clean and light as a feather, while the piano was placed overwhelmingly and extremely naturally in the room, and felt, wood and steel strings had an inspiringly real effect.

If you can discover new aspects in recordings that you have listened to hundreds, rather than dozens, of times, it is a sign that you are witnessing a special acoustic performance: indeed, "One" by Mr. Johnny Cash sounded familiar, with a sonorous, slightly nasal voice, yet powerful, but not fat. Here the high art of clean tonal tuning is evident – still, some details like the shimmering guitar strings or the piano in the background gave the feeling of a freshly polished work of art. Full of dynamics, even at moderate levels, with pinpoint accuracy in all dimensions, the Burmester speakers demonstrated the masterly qualities their creators had enabled them to achieve.

We turned the basses to the inside, the toggle switch for the bass on the backside to the minus position for a perfect interaction with our listening room, and condemned the foam plug to inactivity. We were similarly impressed by how physically Chris Jones intoned "No Sanctuary Here", although it sounded perhaps a little touch too lively in the highs. However, the impression of size, airiness and powerful sonority was retained here as well, paired with skillful integration of the low frequency range, which was always in the right place at the right time with the right pressure.

Let's quickly move over to classical music: Here, the B38 knows excellently how to convince even those who don't like it of the beauty this genre has, for example when the "Concierto de Aranjuez" is played. The fine dynamics demanded here are offered by the Burmester with confidence, in a way that even excites hardened and experienced fans of hi-fi. Depending on the angle and width of the base, the guitars occasionally sounded a bit too strict and minimally tied up, but could easily be brought back onto the path of virtue by small corrections concerning the positioning.

The airiness and generosity in the reproduction of the solo instruments as well as the entire orchestra was convincing as well – fortunately even when one did not enjoy the privilege of taking the central position on the sofa. Thus, even several people can enjoy the quality design together, which consists mainly of the polished aluminum front lacking visible screws and the slim silhouette.

What about the topic of "Rock" though? Nobody has ever doubted that a Burmester speaker can play rock music anyway, right? If you do: look around for a Burmester distributor and listen!

Slim, elegant floor-standing loudspeaker that impresses with its large, airy yet focused sound image – tonally neutral, in the bass adaptable to living room and listening habits, also dynamically a power! 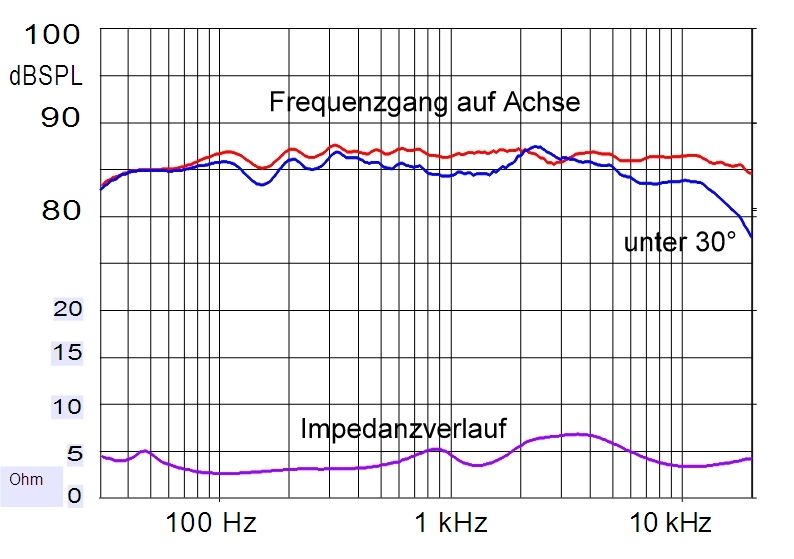 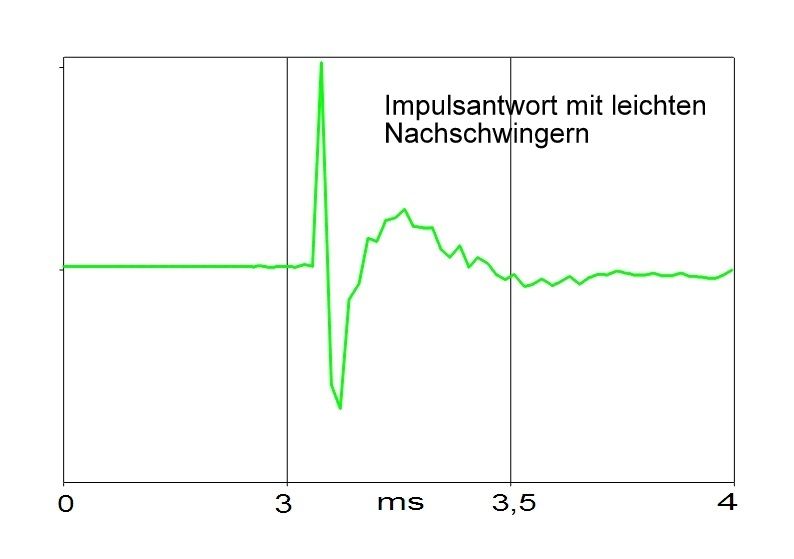