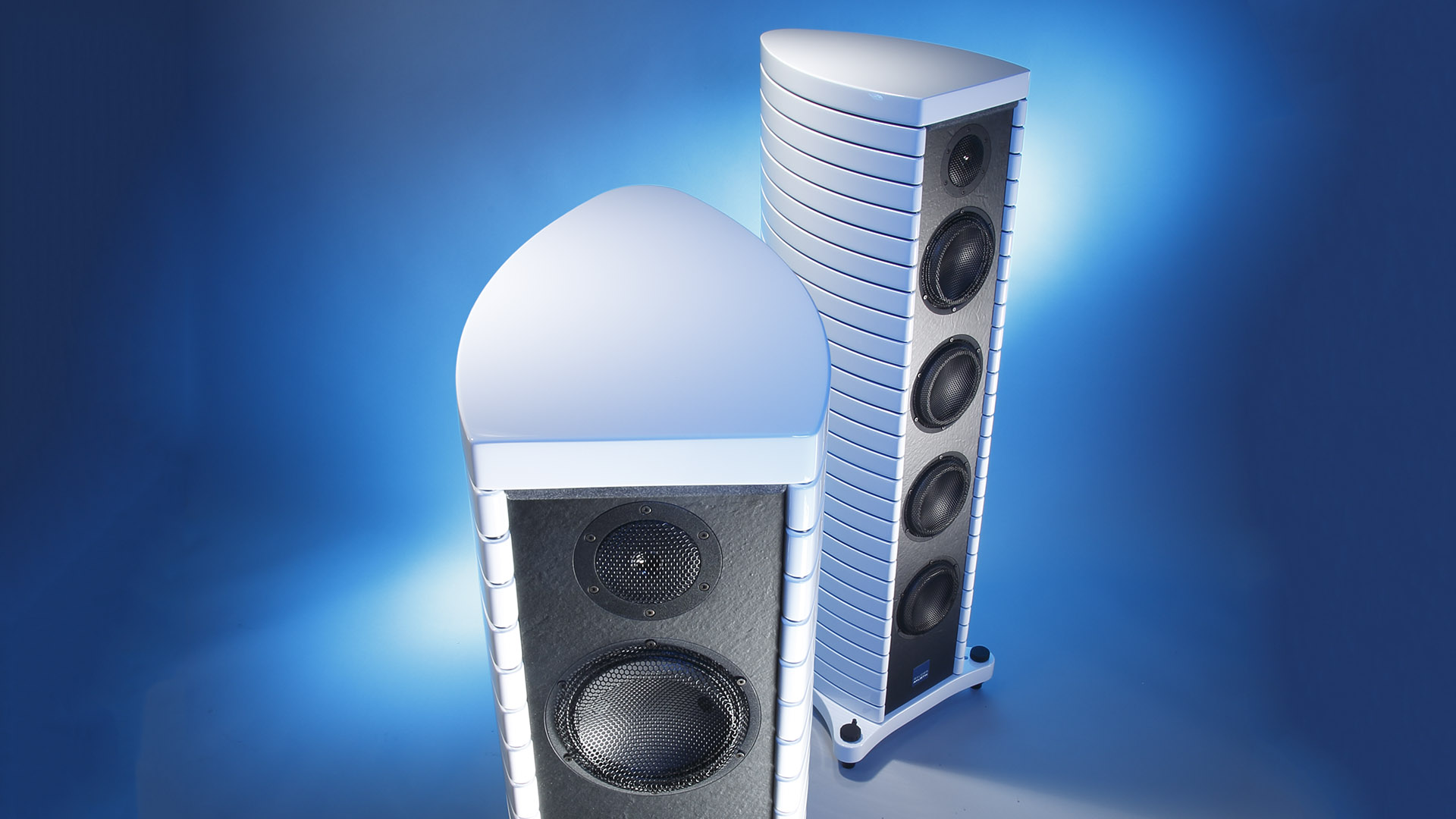 Correct Calculations – Speaker by speaker, Gauder Akustik from Renningen, Southern Germany, is in the process of conquering the known world elite of manufacturers – the company even almost outdoes itself with the Berlina RC7 MKII Black Edition.

Indeed! We already have more than enough loudspeakers in this world. Dr. Roland Gauder would certainly agree with this, only to then add: but not the right ones! The Southern German physicist has gained plenty of applause for his work under the "Isophon" name in the past decades. His reputation and recognition as one of the world's best developers of high-class loudspeakers grew considerably, however, when he began to develop, build and sell them all over the world under his own name.

What does this man do differently than other developers though? He uses the ceramic and diamond drivers from Accuton found in many expensive loudspeakers, builds bass reflex speakers with them, usually as a two- or three-way system, uses MDF or aluminum as cabinet material and also pays attention to high-quality components for the crossover. Going further, however – beyond what every ambitious developer puts on the list of ingredients for his creations – Gauder loudspeakers have always had a wealth of special features and unique selling points to offer.

For the development of the Berlina RC 7 MK II Black Edition, the virus that has the whole world in its grasp for some time now also had its upside. It helped Gauder to take a time out within the walls of his home, far away from the busy restlessness of the manufactory. The basic idea of where to start mathematically had been with him for a long time, but in the hectic pace of everyday life he had never before had the chance to spend several days and nights intensively working on the solution of this task. It wasn't until the Coronavirus-related forced break that the mathematics-loving developer took the time to spend nights poring over formulas that would bring his loudspeakers a good deal closer to the perfect sound. After all, despite all the necessary fine-tuning with the trained ears the Gauder team has, he is a firm believer that correctly applied mathematics should be the basic prerequisite for the perfect and successful development of a loudspeaker.

A lot of variables have to be taken into account and long formulas have to be calculated if you really want to include all mathematically detectable parameters. This requires a lot more than putting together a few drivers and recording their electrical and mechanical data. The same also has to be done for the materials used for cabinet and damping, the dimensions and the methods of stiffening. Only then does one arrive at the crossover, which Gauder dealt with with particular intensity, because he was convinced that a new calculation formula could vastly improve the sound.

His total of three "symmetrized" crossovers in the Berlina are designed with a slope of 60 dB, instead of the usual concepts with 6 to 18 dB. The advantage of symmetry: this decoupling means that the feedback on the amplifier is much lower, and the sound image gains in accuracy and transparency. The grounding has also been fine-tuned a lot, as Gauder explains during his visit to our office. A total of 45 high-quality crossover components are found on the circuit boards, while many competitors try their luck with fewer than ten components.

In order to be able to operate the speaker at the limit of its wide-ranging capabilities in almost any environment, Gauder has given it a small, three-stage equalizer that can be used to adjust the bass by +/- 1.5 dB. Additionally, people with very potent amplifiers can use the plug-in "Bass Extension" to boost the bass by 4 dB between 30 and 60 Hertz. Whether this makes sense has to be evaluated individually, but in our large listening room we preferred the additional bass with the vast majority of music. We only really enjoyed this setting, however, when appropriately powerful and impedance-stable transistor amplifiers were connected to it. The 17 mm midrange driver is newly developed – even if you can't tell when it's installed. It has a significantly higher efficiency than its predecessor due to a new magnetic drive. Gauder put it in its own housing, damped with a special wool, and lets it work in the range exactly between 147 and 3400 Hertz, which it does without ever lacking in dynamics or low distortion. Here, the developer has used a new type of electro-acoustic filter, which is supposed to improve the impulse reproduction significantly.

For the tweeter, you have the choice – at any time after purchasing the speaker – between two likewise newly developed drivers, which are supposed to ensure improved resolution through higher efficiency: a 25 mm ceramic or a 20 mm diamond tweeter. We opted for the diamond version, which costs 6000 Euros extra. The crossover is prepared for this from the start.

Up to this point, the effort here seems very similar to the one taken for the DARC series. There is one big difference though: the housing! Although the Berlina similarly consists of separate and varied damped ribs, 38 millimeters thick each, these are made of MDF and not aluminum in the new series.

The bottom rib has a spike thread and is much more stable than that of its predecessor. A three-millimeter-thick soft fiberboard rib is inserted between every pair of housing-ribs, and is sealed to them using silicone during assembly. Being based on a total of six threaded rods, the cabinet is built up and aligned rib by rib before the bottom panel ensures that the housing is pressed together tightly and rigidly. For the base, the customer now still has the choice of whether he would like to purchase the version called "Smallfoot" – having a compact footprint  – or, for an additional 6000 Euros, the "Bigfoot" version weighing 12.5 kilograms per piece. In the latter, the spikes can be adjusted in height seamlessly and effortlessly via a ball-bearing mechanism. You can then see the distance to the floor on a scale – the smaller it is, the more powerful the bass reproduction becomes, at the price of losing some precision.

Thus, we arrive at the sonic merits of the Berlina. When an editor works overtime voluntarily, just because he enjoys the listening test so much that he forgets about the time, something particularly exciting must be happening. The Berlina had plenty of that to offer, especially when we got to experience the "Omara" album with the perfect timing between Blicher, Hemmer and Gadd from LP via the AMG Giro with Teatro pickup on the Brinkmann Edison and Audionet's Humboldt. However, this combination was not only convincing with easy-going jazz, but also with Queen's album of the same name. The "Bicycle Race" captivated with dynamics, polyphonic vocals and a hitherto unheard of flood of details and fine resolution, repeatedly accompanied by impulses in the lower levels of the frequency range that practically came out of nowhere.

We explored these further with Marcus Miller, a virtuoso on his electric bass. What came out of the speakers on "TripTrap" was so unbelievably crisp that the listeners involuntarily twitched with every new stroke. The music was so funky and groovy, with plenty of power and resolution that, mesmerized by the performance, we couldn't stand up anymore. Compared to the DARC 100, the RC 7 MK II didn't go quite as low, but played more lively and homogeneous than its sibling. We explored the theme of homogeneity further with Sonny Rollins' legendary "Way Out West", especially with the piece "I'm an old Cowhand". Quite reduced, on the left the saxophone, whose air column seemed to build up in front of us, almost physically tangible, accompanied by Ray Brown's bass that runs on the right and a bit behind it the drums, served by Shelly Manne. Everything was at its best tonally, but the extremely tidy and cleanly staggered sound was at least as convincing.

The naturalness of the sound image in the midrange with the saxophone sounding buttery-smooth is nothing but a pure festivity, the high-frequency details blend in with a homogeneity that makes one marvel at the lack of breakage – and all this in a recording made in 1957!

Beethoven – we should indeed listen to this genius even more than usual now, as pretty much every celebration planned for his 250th birthday in 2020 had to be canceled. His Piano Concerto No. 5, under Solti with the Chicago Symphony Orchestra and Vladimir Ashkenazy as soloist is celebrated by this speaker with splendid openness, the orchestra appearing before the mind's eye with a plasticity reminiscent of acoustic holography while leaving room for the soloist's playing on the Steinway grand piano, which is as sensitive as it is at times emphatically powerful. The harmony in the portrayal of felt, wood and metal is phenomenal, without losing focus of the orchestra.

The cross-comparison with an interpretation by Wilhelm Kempf and the Berlin Philharmonic under Ferdinand Leitner reveals marked differences in both sound and interpretation. Much more reverberation of the room was included here, and Kempf plays the piano with considerably more power, emphasizing individual strokes more strongly, though not with Ashkenazy's elegance and ease. The Gauder Berlina clearly shows these differences without dissecting the music.

Back to Ashkenazy, this time conducting Tchaikovsky and his "Pathétique". This 1981 Decca recording has lost none of its grace and easy accessibility to this day. No wonder it opened the door towards classical music for the author of these lines. Through the performance of the Berlina, it even displayed new aspects and a new magic.

Trying to come to a conclusion, we first landed on swing and brought the Glenn Miller Orchestra into our listening room. A direct cut from 1977, in which each of the ten pieces is ready to impress. The dynamics with which the drums and brass instruments present themselves on "Here We Go Again" or "American Patrol" testify to the virtuosity of the artists as well as to the skill of those who captured the sound and made it possible for others to have the band perform in their living room at home. Impulses arise explosively, the reverberation in the room is perfectly and credibly integrated.

Klaus Doldinger, perhaps THE pioneer for the fusion of jazz and rock in Germany, released an album in a class of its own in 1982 with "Earthborn," featuring Curt Cress on drums, among others. Doldinger's feel for never losing the melodic thread despite all the complexity of his arrangements has lost none of its uniqueness and fascination almost 40 years later. It is quite easy here to fall in love with the sound of a saxophone, as evidenced by the "Palm Tree Song."

The next stop is driving and funky: "Ball The Jack" – it would not surprise us if Mark King, head and bassist of Level 42, would have taken some inspiration here. Dieter Petereit's slap bass definitely has what it takes. With "New Moon", Doldinger skilfully balances on the mainstream boulevard and even produced a true hit song at the time. All of Doldinger's skills as a composer as well as arranger and instrumentalist are demonstrated by the Gauder speaker with playful ease and in a fascinating way.

Its irresistible drive, its perfectly balanced tonality, the strength and airiness, its resolving power and last but not least the absolutely clean and controlled pressure arouse enthusiasm – truly, what else could you want?

Exceptional floorstanding speaker that convinces in all disciplines, partly even sets standards. Extremely high quality and affectionate workmanship. Conversion from ceramic to diamond tweeter possible at any time. 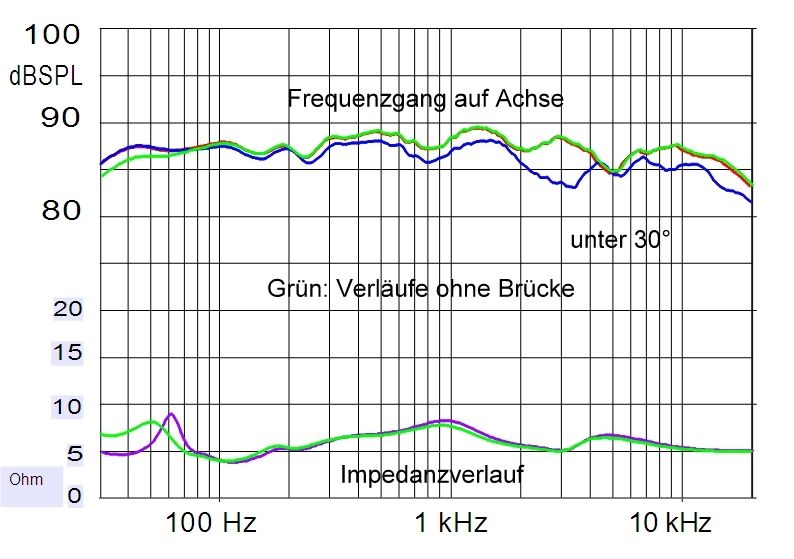 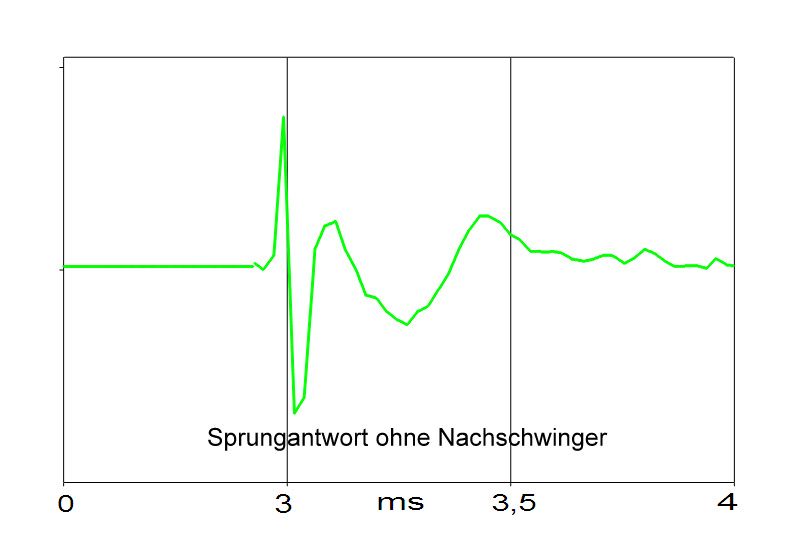 Moving, gripping, and full of passion – classical music that will be touching for everyone. 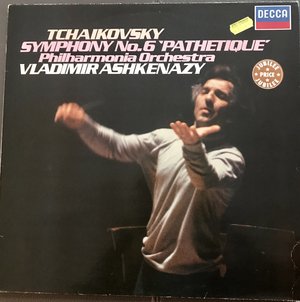 Extremely successful fusion of jazz with elements of rock, while always being melodious. 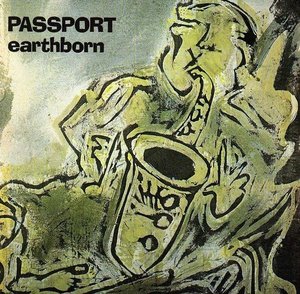 In a symmetrized/symmetrical crossover, the drivers are decoupled from the ground, reducing the feedback to the amplifier. This increases the number of components on the crossover and thus the cost.