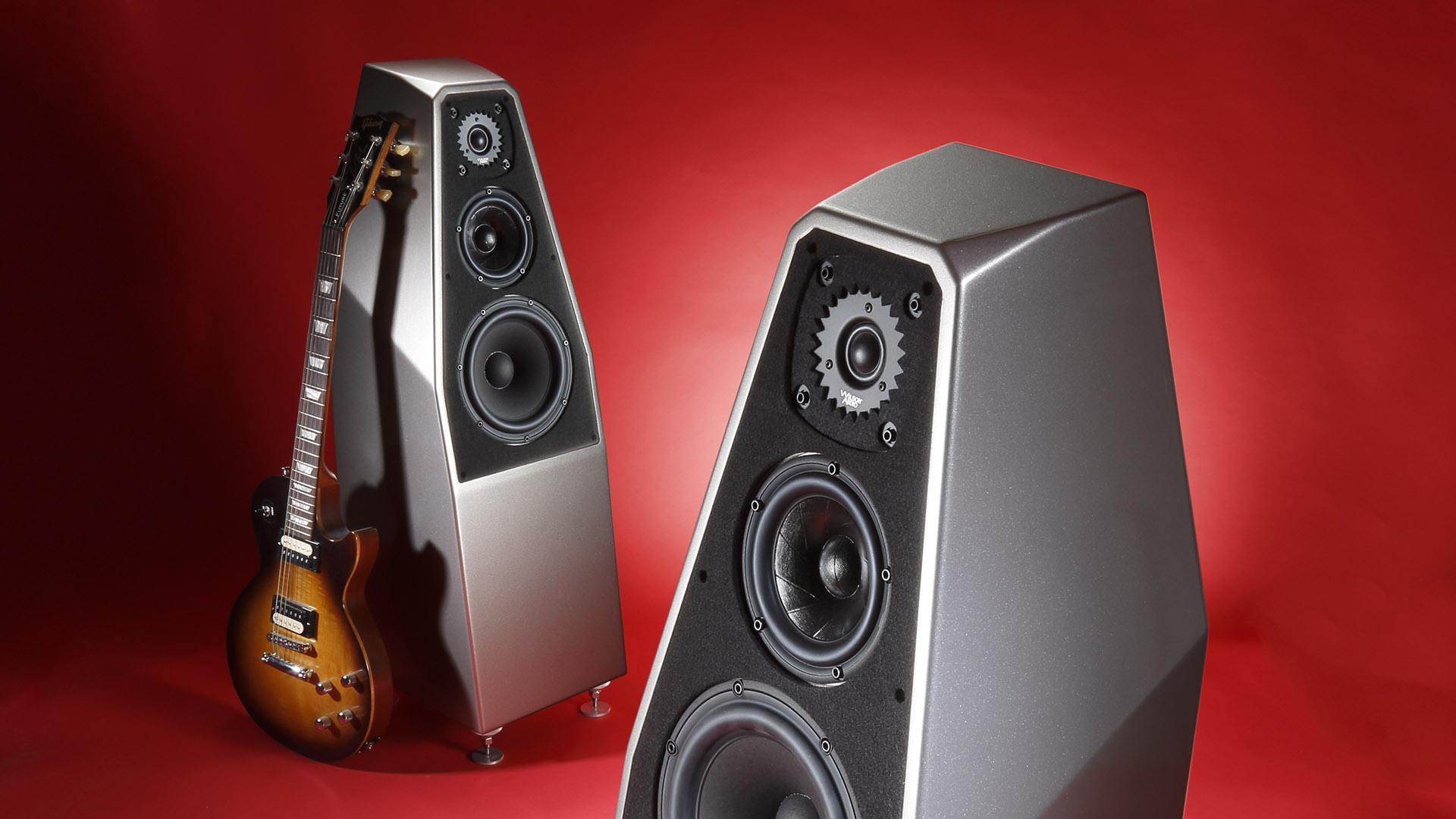 A New X Factor – Wilson Audio now manufactures its smallest floorstanding speaker entirely from the superior "X-Material". Does the SabrinaX deliver the sonic experience of our hi-fi dreams?

It is the dream of many a high-end enthusiast: to one day own a loudspeaker from the US manufacturer Wilson Audio. Specifically, of course, one containing the innovations of the company based in Provo, Utah. For some time now, these have included the synthetic resin panels enriched with all kinds of minerals, which the Americans – passionate to achieve the highest quality – use to build their speakers instead of the usual MDF.

The manufacturer does this because this material, which comes in different finishes and capabilities, has greater strength and internal damping. Anyone who has seen the effort it takes to manually grind the raw cabinets into those shapes with curves, surrounds and gradients that make a Wilson unmistakable, understands that it is something special. This holds true when compared with what other ambitious manufacturers do, and has nothing in common with the usual folding boxes of simpler speakers anyway.

The three-way bass reflex speaker Sabrina has been the entry level to the floorstanding speakers of the U.S. company for a good five years. Until now, only the baffle with the three drivers and the base plate were made of the resistant "X-material", the rest was made of HDF, i.e. highly compressed MDF. However, the SabrinaX, which weighs well over 50 kilograms and is a around one meter high including spikes, is now made entirely of this material – hence the addition to the name.

In tests with its "laser vibrometer", which makes the slightest vibrations visible, the development team had determined that the X-housing had considerably less resonances, thus offering the chance for an even cleaner, clearer and more structured performance. That was far from all, however. On top of that, the SabrinaX received the "Convergent Synergy Tweeter" in the latest "Mk5" version, which is the same tweeter as in Wilson Audio's ultimate WAMM Master Chronosonic. Going even further, another addition is the freshly created 20-centimeter woofer from the also recently introduced, almost twice as expensive Sasha DAW – which made us quite ecstatic in the review you can read here–, featuring two of them per speaker, in comparison.

Of course, the SabrinaX is much less complex. For example, its cabinet consists only of one piece instead of two like that of the Sasha DAW, which allows for precise phase corrections with regard to the listening position. In comparison, the Sabrina drivers recede with increasing frequency position in the baffle, which is slightly tilted backwards, and thus compensate for the differences in impulse rise as well as the runtime to the ear.

Another important detail Wilson considers lies in the specially developed capacitors for the crossover, also manufactured in Provo. Here, especially for the ambitious Chronosonic XVX, a long time was spent experimenting with materials and winding techniques as well as other parameters before the final result was available. The SabrinaX benefits from this experience by receiving capacitors precisely adapted to its needs. By adapting and including technologies and parts of the top models in smaller types, these are imbued with "Flagship DNA".

In general, the Americans have always taken such details, which many other manufacturers don't really consider, seriously. This very much helped to cement the reputation of Wilson Audio as one of, if not the leading high-end speaker brand. The tightly bolted bass reflex tube on the rear, for example, is made of aluminum rather than plastic, the terminals adopted from the Sasha DAW are also mounted on a solid metal block, and the newly designed four-piece spikes – bolt, solid facing, spike, and locking nut – should be clearly superior to the usual, thinner designs.

During the assembly and setup, the SabrinaX behaved in a decidedly unproblematic manner. Of course, it found its favorite position in the listening room, definable up to a few millimeters, but outside of this the sound quality fell off much less than we were used from other speakers; this almost disappointed me somewhat, since meticulously placing speakers and witnessing the steadily increasing qualities in the sound is one of my favorite occupations.

Well, and then we listened to what the speakers could get from their new "X(-material) Factor". The sound impressions that Wilson's newcomer delivered were definitely something to behold, even if not quite "too good to be true", although we were fairly amazed at how big, full-bodied and confident the SabrinaX played. First comment of an amazed listener: "They not only claim 'HighEnd'. There's also 'HighEnd' in it!" Exactly right!

In fact, the keyword of "flagship DNA" takes on a whole new meaning when listening to these speakers. After all, it wasn't that long ago that the considerably more elaborate and more expensive Sasha DAW was standing and playing in an almost identical location.

Certainly, the bigger model had presented the front-to-back relief of the Red Norvo Quintet's "Saturday Night" a bit more vividly and distinctly, but what we heard from the SabrinaX was not that big of a difference: a stage realistically drawn up in every direction with the hearty, differentiated beats of the vibraphone, the audience babbling in the distance and both committed and controlled musicians playing anything but narrow. No doubt, Wilson Audio succeeded in transferring essential capabilities of the Sasha DAW to the SabrinaX.

This impression was reinforced further afterwards. The guitar intro in Marika Cailly's "Les Petits Cafés", which was as charming as it was striking, had the right tight "twist", while the voice came with the correct mixture of smoothness and a slight tartness. With Beat Kaestli's "Day In Day Out", recorded completely unpretentiously by Chesky Records, the American speaker showed what a high degree of resolution and light-footed noblesse it is capable of. Did the Sasha DAW present the immensely natural, lightheartedly gliding title even more floatingly and naturally? Did it push the guitar as well as the cornet even further to the left of the base, as only particularly phase-true speakers are able to do? Perhaps, but the SabrinaX seemed so convincing, holistic and cohesive that its relationship to the outstanding Sasha DAW was more than obvious.

It helped that all parts of the sound image also fit together organically and perfectly complemented each other, which also led to the fact that the spatial spectrum the speakers – which are all but large – produced opened upwards and hardly seemed to be capped. This may be due to the slightly upward radiating drivers, in addition to the tonal coherence and precisely placed, crisp dynamics which result in a convincing clarity of reproduction. Thus, the densely woven, sometimes mountainous, and yet fanned out sound collages on Tears For Fears' reissue LP of their mega-selling album "The Seeds Of Love" with its flood of details flashing like raindrops in the sun is turned into an enchanting listening experience.

There can't be a Wilson test without talking about power, right? After all, since the days of the legendary WATT/Puppy models, level stability and steadfastness have been among the preferred attributes that connoisseurs ascribe to the speakers from Provo. Of course, this is also known in Utah. Obviously, the SabrinaX does not have the generous reserves of the Sasha DAW. Still, the deep, intense bass beats at the beginning of Jheena Lodwick's flawlessly produced cover of "A Groovy Kind Of Love" made the air shake even at low levels and didn't soften as the volume increased. When the Blues Company started off with their fat "Homeward Band," Wilson's smallest demonstrated all of its qualities and confidence in power handling. You could even start quite the party with it, especially since the astonishingly high efficiency does not squeeze the amplifier.

Whoever chooses this speaker to enter the range of the Americans gets a full-fledged Wilson with high sound potential, which should be reached through the placement and the environment – sources, amplifiers, cables. If everything is set up correctly, the SabrinaX fulfills high-end dreams, and the fact that its musical "X factor" sometimes seems incredible is certainly only partly due to the cabinet material.

The well-known manufacturer presents what it is known for, even in its smallest floorstanding speaker: rousing musicality combined with accuracy and uncompromising technological solutions. Worth every Euro! 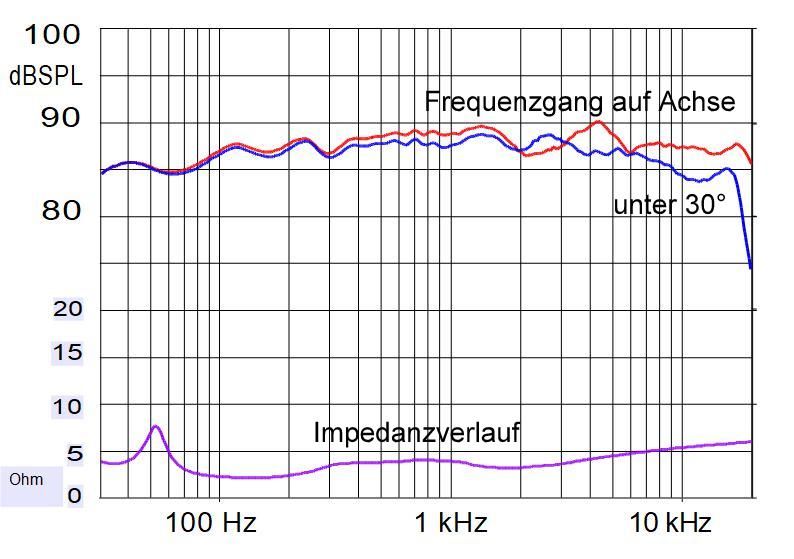 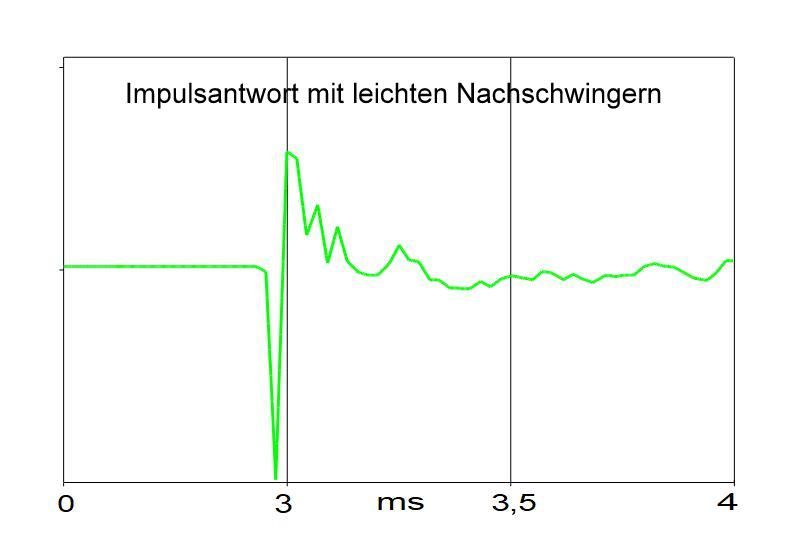 Very smooth frequency response, hardly any off-axis high-frequency drop. The impedance falls short of the four-ohm mark, but that doesn't hurt a solid amp, especially since there is a small peak in the bass. The high efficiency relieves the amplifier. Precise impulse response with only little reverberation.

Since the death of his father David A. Wilson in 2018, son Daryl – here with the Sasha DAW reviewed by us here– is leading the American manufacturer. About the SabrinaX, he says: "With the X-material, as well as the adoption of many insights and parts from our big speakers, it is a real step forward compared to its predecessor."

Videos about the Wilson Audio SabrinaX