Small Changes make for Big Improvements – Updating both the visuals and the technology of a tried and tested model is not a completely new strategy. The Danes working at DALI, however, offer this update, as found in the floorstanding speaker Rubicon 6 Black Edition, at almost the same price as the basic version. If that doesn't spark some curiosity...

To this day, the Rubicon 6, in the version that has been known for some years now, could be called a rather fair offer, considering the pair price of just under 4000 Euros. Ambition and the fact that the competition does not sleep, however, have driven the Danish developers to go to work again and give their bestseller some additional virtues. At the same time, they also aimed to increase the living room friendliness of the rather voluminous floorstanding speaker by dressing the housing in a finely lacquered, matte black finish.

At the same time, they devised a way to improve the appearance of the speakers even when the supplied covers are laid aside: coloring the previously DALI-typical reddish-brown mid/bass drivers black. Perhaps a forerunner for future speakers from this manufacturer?

Back in 2016, we already gave the standard version of the Rubicon 6, which will continue to be available in the foreseeable future, an excellent review. It is characterized by clean workmanship, very good measurement results and, last but not least, a convincing, fine and powerful-natural sound.

So what has the manufacturer put into the Black Edition besides cosmetics?

The number of changes is quite limited, but as the listening test proved, they obviously invested in the right places.

Even if skeptics and deniers of the improvements cables and components can bring to the sound might now possibly get upset and move their mouths into an unfavorable position: they have replaced the standard wiring with silver cables from the Dutch manufacturer and cable specialist van den Hul. Another prominent name can now also be found on the crossover, which DALI kept rather simple due to the careful matching of the drivers to each other: Cologne-based component specialist Raimund Mundorf has contributed two capacitors per speaker to make the sound even more refined.

The developers saw no reason to make any further changes, meaning that the bass reflex system with two openings on the back stayed the same, as did the stable bi-wiring terminal, the hybrid unit of ribbon and dome tweeter on a mounting plate, the rest of the crossover, the stable, screw-on outriggers with spikes and the easy operability with almost any amplifier – stemming from the fact that power requirements and impedance characteristics are completely uncritical. All other technological ingredients are identical to the standard version.

Let's get to the musical part of this test now. In our small STEREO listening room measuring about 20 m2, the Black Edition immediately started playing rather lively, being set up with a base width of about two meters, about 80 centimeters from all walls and only minimally angled. Lively in the sense that from the very first sound onwards, even when listening to "natural" instruments featured in classical music, the speakers presented themselves as neutral, without bloated basses or shrill highs.

The "Concierto de Aranjuez" has been a permanent member in our club of test songs for a number of years. It is a perfect test partner with its wealth of tonality, spatiality and dynamics, and was reproduced by the DALI speakers dynamically and fresh, with fine resolutions and proper body. At certain points, where we might have desired some final touch, the Dane more than made up for it with playfulness and a spatially precise reproduction. We should keep in mind that the developers wanted to build a speaker that would surpass the universal qualities of the "normal" Rubicon 6, and it delivered on that promise after the first few minutes.

You may pose a question now: what is a non-universal speaker? The classic example would be the famous LS 3/5, built to BBC specifications by some British manufacturers. This loudspeaker, with very small dimensions, had a very appealing, natural-seeming midrange, provided it was operated with a short listening distance and, on top of that, impressed with a striking spatial imaging and focus. These aspects were produced better than many speakers that cost several times as much could display them.

However, everything changed as soon as it came to coarse dynamics and volume, bass reproduction or the final consistency in the resolution of high frequencies. In addition, they had a miserable efficiency and an impedance of 15 ohms, which many amplifiers, especially those that would have been the natural choice in terms of price, had more than a hard time with. The situation is similar with the classic Quad ESL-57, an electrostatic loudspeaker.

The DALI Rubicon 6 BE, on the other hand, is able to sprint right into the hearts of the listeners, even if it is only driven by a good mid-range amplifier in the price range somewhere between 800 and 1500 Euros. You could also give it something a bit bigger and costlier, as we did with McIntosh's MA 7200 AC or a combination of NAD preamplifier with two of the brand new NAD C 298 power amplifiers.

Then the DALI set off a real firework in many respects: crisp bass and a really powerful low frequency range, an astonishing physicality of the voice in Johnny Cash's version of "One" and an imposing, but not overemphasized voice reproduction in Cecilia Bartoli's rendition of Händel's "Lascia chío pianga". It was clear to hear why Bartoli is considered to own one of the most beautiful voices of our time by many lovers of classical music.

Another icon of classical music is Martha Argerich. To have experienced her at the piano creates a lasting impression. She once again emphatically proves that in playing Chopin's Scherzo No.3. Here, too, the Rubicon does not show any weaknesses; but rather demonstrates what is possible today for 4000 Euros, when skill, good ears and rational manufacturing complement each other. The grand piano is reproduced with the finest touches, and the better the preceding devices are, the more of these subtleties are made audible by the DALI Rubicon. An indication of the fundamental qualities of this loudspeaker.

Finally, we went big again – if the pandemic already keeps us from visiting concerts, you can at least comfort yourself a little with decent live recordings. We took Deep Purple from the 72 "Made in Japan" album and brought the "Highway Star" into our listening room. And we were mightily impressed at what the Rubicon 6 BE could handle.

Drums, bass, organ and Ritchie Blackmore's guitar, all complemented by Ian Gillan's perfectly fitting voice – this was a journey into hard rock that created another lasting impression. Powerful, but almost dusty-clean in the bass, with excellent audibility and a reproduction of voices that, as long as the amplifier played along, didn't even come close to being annoying. All that sparked an atmosphere ready for partying, as can typically be found at such concert events.

Thus, good things have been made a little better over in Denmark; and that without raising the price significantly. Our compliments to the Nordic manufacturer!

Excellent update of the Rubicon 6, which has been successful for four years, coming at a very reasonable and small increase in price. Universally suitable sound for all music genres and volumes, amplifier friendliness and workmanship are extraordinary. 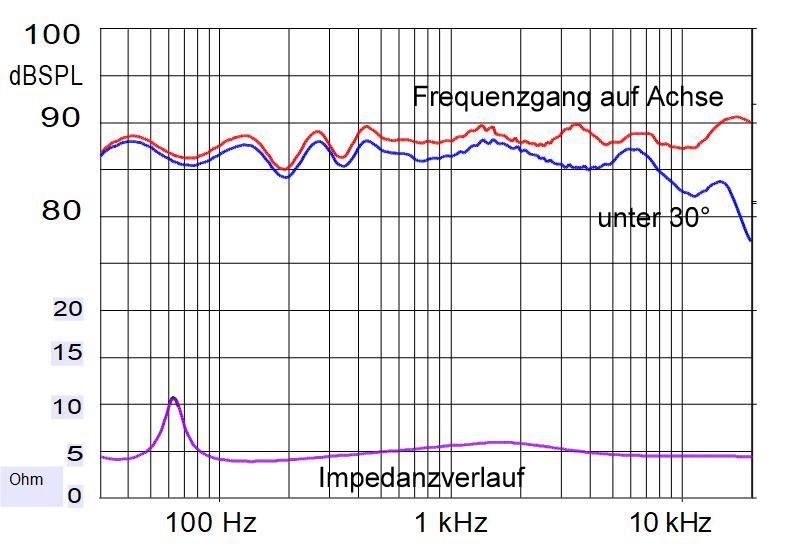 Deep Purple – Made in Japan 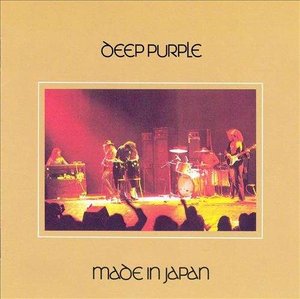