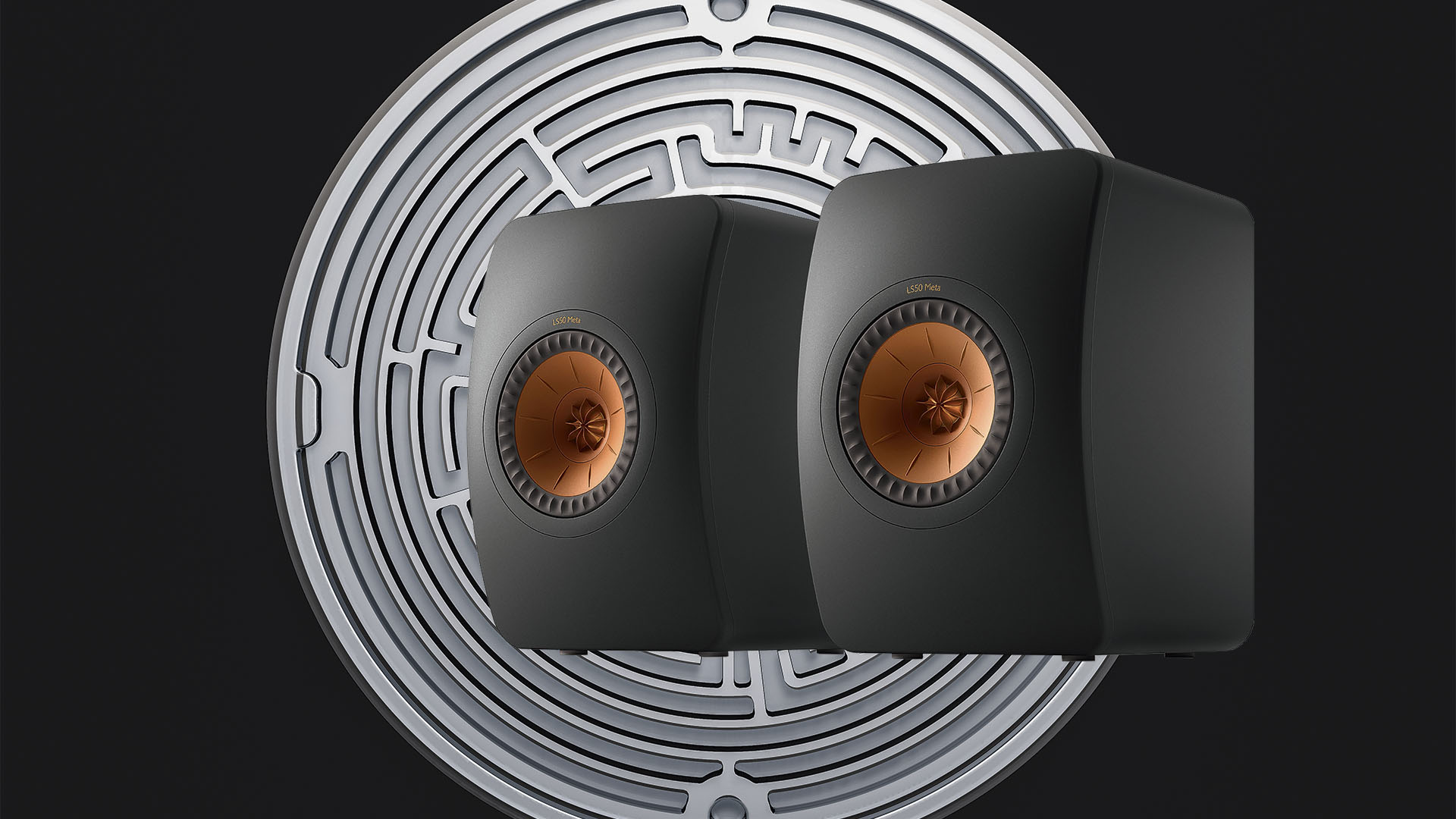 Meta-Morphosis – After eight years, KEF has thoroughly modernized its best-selling speaker LS50. This all mainly centers around the "MAT" strategy, aiming to fight against vagrant high frequencies. With this, the LS50 Meta is as up to date as it gets!

The triumph of the KEF LS50 began back in 2012, and I'll never forget the moment I first came into contact with this unusually styled, almost iconic standmount loudspeaker: a small housing the size of a shoebox with a convex baffle made of sturdy die-cast magnesium, in the middle of which sits a single driver. In fact, it is a two-way system in which the two drivers – a 13 centimeter mid-/bass unit and the 2.5 cm tweeter – lie inside each other and thus form a coaxial driver.

As is known, this is a KEF specialty called "Uni-Q", which has been constantly optimized for many years. It is supposed to enable a particularly spatial as well as plastic replay quality due to the identical sound center of all sounds, ensuring that they have a homogeneous travel time to your ear. This is usually flanked by woofers, but in KEF's purist mini-speakers this system manages the entire frequency range.

The sleek and elegant appearance of the LS50, appearing in a black lacquer outfit with discreetly incorporated KEF logo, had something incredibly modern. Since then, there have been many diverse color variations, which often even included the membranes. These make the LS50, which even won the coveted EISA Award in the year of its release, a kind of pop star in the field of standmount speakers, where the competition often seemed rather well-behaved in comparison. KEF also added an active version equipped with all kinds of refinements as well as visually special versions to its little box. It quickly became a bestseller, so that the topic of "LS50" constantly remained present.

The loudspeaker seemed thus infinitely versatile. Now, however, the LS50 Meta evolved out of the elder specimen in a completely new form – at least as far as the sophisticated technology is concerned. Most of it might be credited to KEF's young and immensely knowledgeable head of development Dr. Jack Oclee-Brown. He has tested and analyzed the successful model "on its meta-level" both in theory and in the laboratory very carefully and then improved it in many ways.

He used the twelfth-generation Uni-Q, which has already been optimized in many respects and is used in the ambitious R series from the British manufacturer, as a basis. Compared to the driver previously used in the LS50, there is a damping element in the sound guiding that reduces unwanted vibrations, for example. This became necessary because the drive of the tweeter is significantly more powerful.

To avoid congestion and reflections, its dome exhales freely through a sound guide to the rear. However, these components can lead to discoloration, as they get out through the rear bass reflex port, for example. This is why a number of manufacturers found individual solutions to divert these sounds and make them harmless. But hardly anyone does this as effectively as KEF.

At the heart of this is the "Metamaterial Absorption Technology", or "MAT" for short. Similar to a plug, a round, cleverly designed cover closes the rear outlet opening of the Uni-Q and is supposed to absorb 99 percent of its energy like a "black hole for sound" and in this way reduce distortions and overlapping – according to Oclee-Brown, other solutions would have achieved a maximum of 60 percent. The synthetic material is the result of a joint development initiative with specialists from the "Acoustic Metamaterials Group" in Hong Kong, who are known for their scientific expertise.

Another important aspect in this context is the maze-like surface structure of the damping disc. Its designers calculated specific channels for different frequencies and their wavelengths, the combination of which is intended to achieve maximum absorption in the smallest possible space because the sounds in them die out or can no longer return by reflection.

In view of this innovation, it is almost pointless to mention that the LS50 Meta naturally retains its traditional qualities: the multi-layered, double-stiffened housing and the easy-grip clamps in the single-wire terminal as a few examples. Together with the new Meta speakers, a matching "S2" stand is available in the respective color, on which the little box, weighing approximately eight kilograms, can be fixed fall-proof.

In our listening test, the Meta-LS50 didn't cause any problems, but played – once set up correctly – just as committed and clear as well as surprisingly profound, in view of its compact dimensions. This is where its predecessor already surprised with and which the new one even slightly improves upon. It was less the fullness than the precise punch that created the effect of increased conciseness in the lower registers.

Above that, the middle and high frequencies connect seamlessly. Even Maria Pihl's listening test standard "Malvina", a title that misses its effect when performed weakly, retained a solid foundation via the new LS50, above which the spectrum of brooding synthesizer swathes piled up, while the singer stood realistically outlined and as if fixated right between the speakers.

As a result, the little KEF speakers really did play as holistically and coherently as the Uni-Q promises. The dark, abruptly emerging impulses in the crystal-clear "Tres Luceros" (from our STEREO listening test CD IX) did not overtax the compact British machine even at higher levels, so that one can hardly speak of limited possibilities, but rather of a complete speaker with clearly audiophile merits.

The question remains whether and to what extent the "Meta" version, which has not increased in price, can set itself apart from the original LS50 in terms of sound. For this purpose, a pair of the predecessors took part in the merry listening festivities. We immediately noticed that the successor has more color, temperament and thus expression in the acoustic sense. It appears more profound and at the same time more detailed. KEF's newcomer did not necessarily bring out tiny details more clearly. Rather, it separated reverberation components better from voices and instruments, for example, from which the ear could then draw spatial information much more easily. For this reason, the sound images of the "Meta" seemed larger, more relaxed and more defined in depth.

If you put the predecessor in the same place after listening for a quarter of an hour, you immediately felt the performance of the identical pieces to be paler, narrower, more superficial and slightly slowed down in dynamics. Let's put it this way: The LS50 Meta is simply the better speaker. The refinement that the manufacturer has given it is reflected in increased quality of sound, which means that the LS50, morphed into the Meta, is up to date again and renews its claim as a hot tip among standmount speakers. Seldom has it been so true: only those who change can remain true to themselves.

The Meta repeats the coup of the first LS50 insofar as it extends its sonic capabilities thanks to improved Uni-Q chassis and "MAT". Thus, the distinctive compact speaker is also one of the top tips in this price range for the next few years. 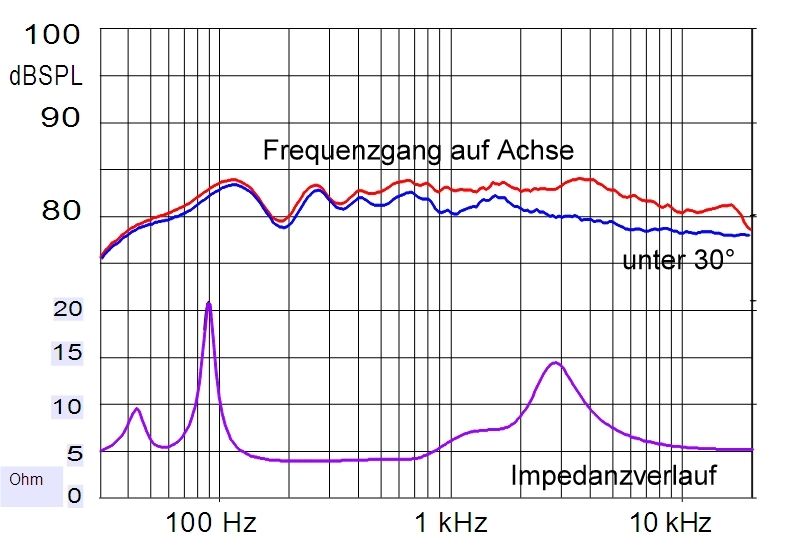 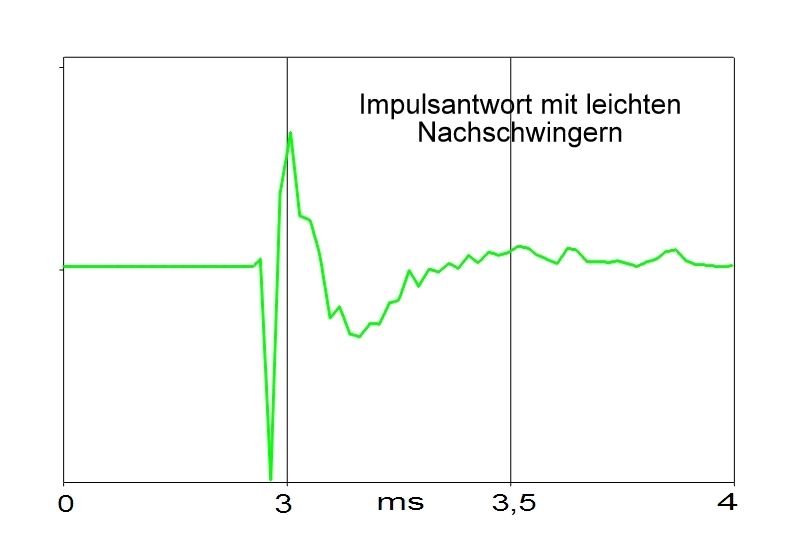 Balanced frequency response with gently falling highs, especially influenced by angles, so that the LS50 Meta should be aligned to the listener. This fine-tuning seems fitting to us, as the level is then equalized at approximately at 50 Hertz and 20 kHz, which creates an even tonal balance. Other plus points are the uncritical impedance response and very low distortion.

Just as blue is the special color of the passive LS50 Meta, its active sister comes, beside anthracite, gray and white, exclusively in red (see image). The upper control panel is the hallmark feature of the LS50 Wireless II, which now appears shortly after the passive Meta at a pair price of just under 2500 euros. As before, the concept follows the master/slave principle, with one box receiving the signals as well as taking control, while the second, either wireless or linked via "Interspeaker" cable, follows it. The KEF Connect app lets you stream Tidal (MQA-enabled), Amazon Music, Qobuz, Deezer, Internet radio stations and podcasts – and Spotify Connect as well as Tidal Connect from the native apps. The LS50 WirelessII is also "Roon Ready." AirPlay 2 and Google Chromecast provide seamless connectivity to Apple or Android devices. Also on board: Bluetooth connectivity.