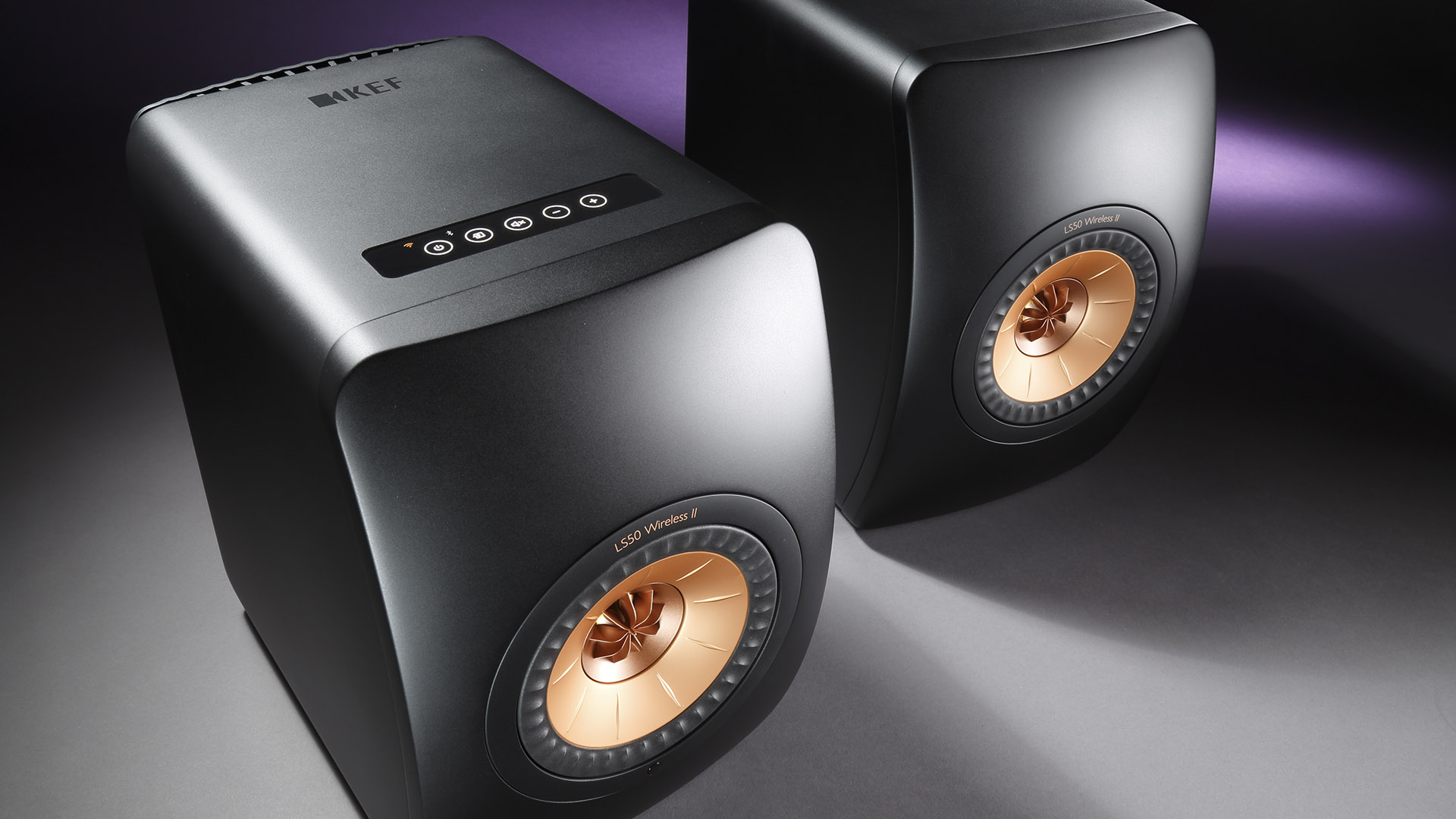 An Active Point – KEF's LS 50 was a big hit in the charts of High Fidelity. Now, the Wireless II is simply the best possible way to realize the legendary point source technology in an active way. And don't forget that some amazing innovations are included.

Yes, yes, I admit it: I have always been fascinated by KEF's "Uni-Q" coaxial driver. It allows for enormous precision in terms of plasticity and timing due to its coherence in both spatial and temporal aspects. In the Uni-Q, which has been improved again and again over the span of several generations of products and developers, the tweeter sits in the middle of a midrange/bass driver. Unlike conventional multi-way loudspeakers, the entire sound is generated in the same place, the same point even. Extensive research has always been put into each and every detail; geometry, material and motoring, to name a few. The coherence in the musical reproduction achieved thus is enormous. This can certainly be called the central common ground of the entire portfolio the traditional manufacturer from the British town of Maidstone offers.

There was one time when this coherence was perhaps a bit out of focus, though. Around the turn of the millennium, an additional super tweeter was supposed to provide more brilliance – which no one really yearned for. That is many, many years ago now, and was done away with in the following generation. The puristic and outstanding point source concept is ingenious without such accessories.

Fortunately, a friend of mine owns the first, already excellent version of the "Wireless", so that comparing it to the successor – at least apart from limitations imposed by the pandemic – was no problem.

The Wireless II is immediately reminiscent of the top models in KEF's range, namely from the "Blade" series – or rather, of the very best piece of it. A certain part of that can be attributted to the extremely low-resonance housing coming in a kind of matte "stealth" finish, which is also available in numerous color variants. As was done when changing the passive LS 50 to the LS 50 Meta (reviewed by us here), the British developers implanted a "Uni-Q" driver of the latest generation. The new one is a further optimized version with better decoupling and new motor.

The KEF engineers showed particular enthusiasm when dealing with a certain task in recent years: using physical "tricks" to "cheat" the housing volume and thus to tease out more low bass skills without changes to the volume. Think of the ACE technology with activated carbon, whose porosity led to an enormous material surface and allowed for labyrinthine geometry. That then actually enabled a few hertz "more" in the lowest registers, which can be used actively by the DSP. Currently, however, the developers from Maidstone rather devote themselves to a new material: one that is supposed to absorb or straight up "atomize" 90 percent of the energy radiated to the rear of the Uni Q "Meta" – which is otherwise ranging between useless and sound-damaging.

Technically, this is no longer a loudspeaker at all. Rather, the new KEF LS 50 Wireless II is a complete system, including a transducer for the sound, which is equipped with everything you could wish for. If Bluetooth (in high aptX quality of course) is enough for you, you just need two power cords. That's all, at least in theory.

Of course, in actual use you can get way more out of it, the system is very audiophile. That is not only due to the extremely stable chassis with a weight of around ten kilograms and the legendary driver and bass reflex support on the front and back of it, respectively. The inner workings featuring the digital signal processor (DSP) and very powerful amplifier unit, which is once again significantly stronger than the predecessor, should also be considered and heard. The mid-bass driver now has a Class D power stage of 280 watts behind it, the tweeter is supported by a classical, even more refined Class AB amplifier with 100 watts output power. That gives us a total of 300 watts peak power for impulse reserves!

In my opinion, one can't praise the supposedly "insignificant" HDMI connection enough, which takes the reality of living rooms seriously. The rudimentary setup and operation succeeds effortlessly on the right speaker or via remote. The "master", the aforementioned right speaker that controls the system so to say, hardly differs from the "slave" (left) at first glance. Only the control panel on the top and a few additional connections give it away.

A cable connection (Ethernet/LAN cable) is actually only required if the signal quality exceeds 24 bits/192 kilohertz – DSD256 also works – and the sampling rate is to be increased up to 384 kilohertz. Rather rare cases, if you ask me. After all, a wireless setup has its appeal, especially in a sophisticated living ambience.

Of course, Tidal or Apple Music are also supported, Wi-Fi, Airplay and even MQA are on offer. Setting up the system for all-round operation in your home network is strikingly simple; quite the nice contrast to all the fabulous features that the process opens up. The "Quickstart Guide" included with the speakers actually only contains a couple of images and a reference to the "KEF CONNECT" app, which is to be downloaded from the Apple App Store or via Google Play.

Google Chromecast is installed and should provide options for the future, not to mention that even Roon is available. You only need a few clicks and the streaming services you subscribed to – in our case, Amazon Music Unlimited HD (the idiotic, anti-customer "war" between the big providers Amazon and Google has apparently come to an end), Qobuz and Spotify Family – can start immediately; accessing the musical treasures stored in our NAS server was also as simple as it could be.

The twelfth generation Uni-Q driver lives up to its reputation. It performs even better in the revised active environment found here. The new amplifier motorization obviously gave it more capacity, which immediately pays off in the way of spaciousness and sovereign pressure. And that even at the maximum level, which can now be a bit higher than before.

Listening to a recording of Joseph Haydn's "Missa Sanctae Caeciliae" sung by a choir in the High Cathedral of Aachen in 1977, goose bumps covered my back instantly. I know this piece of music better than any other; I used to be able to sing it straight from the sheet, even from memory, at that time. For, as an eleven-year-old, I was present live at this recording, performing in the 2nd soprano. Depth and detail are exemplary, especially with this coaxial driver. The size of the octagonal room is also captured very vividly, as are the accurate entries of the boys' voices of the Aachen Cathedral Choir. I literally feel transported back in time more than four decades and can actually still recite the score by heart, but of course no longer as a part of the 2nd soprano. The oldest boys' choir in the world will thank me.

Nevertheless, I am completely overwhelmed by the intonation these smart speakers offer. Of course, the KEF also does more than justice to more "normal" popular music like the current McCartney solo album "III" or "Once Upon A Time" by the disco queen Donna Summer, who is just climbing the charts again (posthumously). It is simply fun!

The sound is rich, detailed and with a lively joy of playing. It also has an extremely smooth and dynamic flow, but always stays balanced without adding artificial effects. This active LS 50 in its second generation literally takes the listener along with it and makes yours ears virtually addicted to it while doing so. Absolutely fantastic!

Yes, in a direct comparison to other excellent and larger active speakers, a touch of brilliance or low bass reproduction may be missing despite all the airiness and assertiveness. That is simply due to physics, but everything between that is of such exquisite, effortless naturalness, authenticity and persuasiveness that you'll involuntarily have to take a good look at your bank account. Maybe we'll get an active bigger sibling with a bigger coaxial driver?

In any case, for this quality of sound and the built-in possibilities, a pair price of 2500 Euros – it has to be said, as was done above, that no further equipment such as a preamplifier, etc. is needed, for it to connect to every existing source – is not really a lot of money. This optical jewel and acoustic masterpiece is worth it. Nothing but a full recommendation!

With the "II", KEF shows how to optimize an already very good product. Design, operation, features and sound are practically perfect and outstanding considering the price. A wholehearted recommendation! 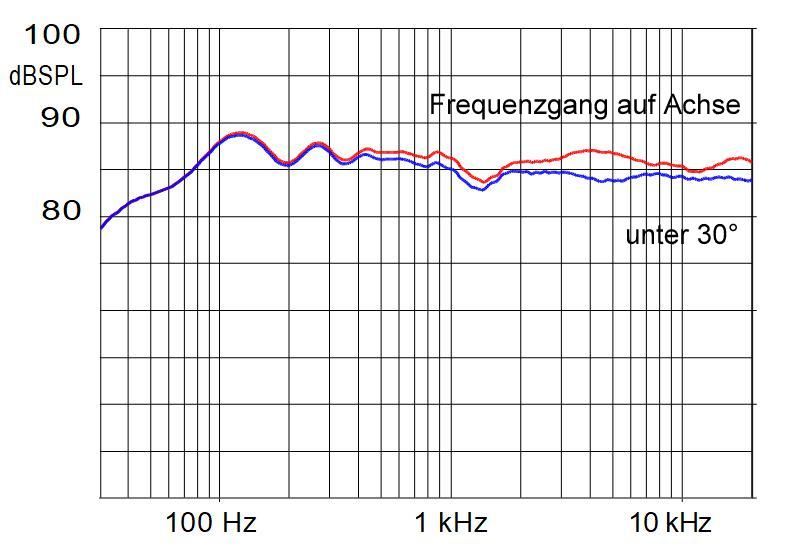 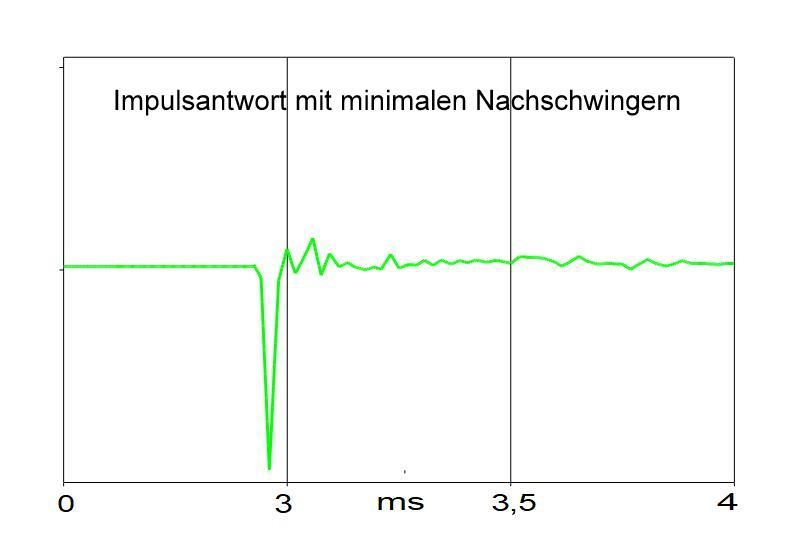 The amplitude frequency response (which can of course be influenced via DSP to adapt to the room) is very balanced with a slight emphasis on the bass, at most. Very good timing (step response) and low distortion.

The ex-Beatle, presumably the richest/most successful musician of all time, still has what it takes it at an age of above 70. The new solo album is an impressive showing of that. Even if his voice is no longer quite like it was, the harmonies and the stylistic diversity of the old master are still convincing; and he also played all the instruments himself. 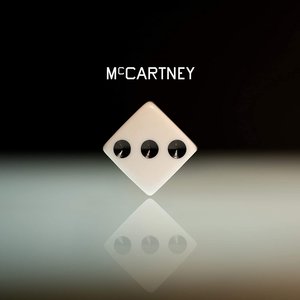