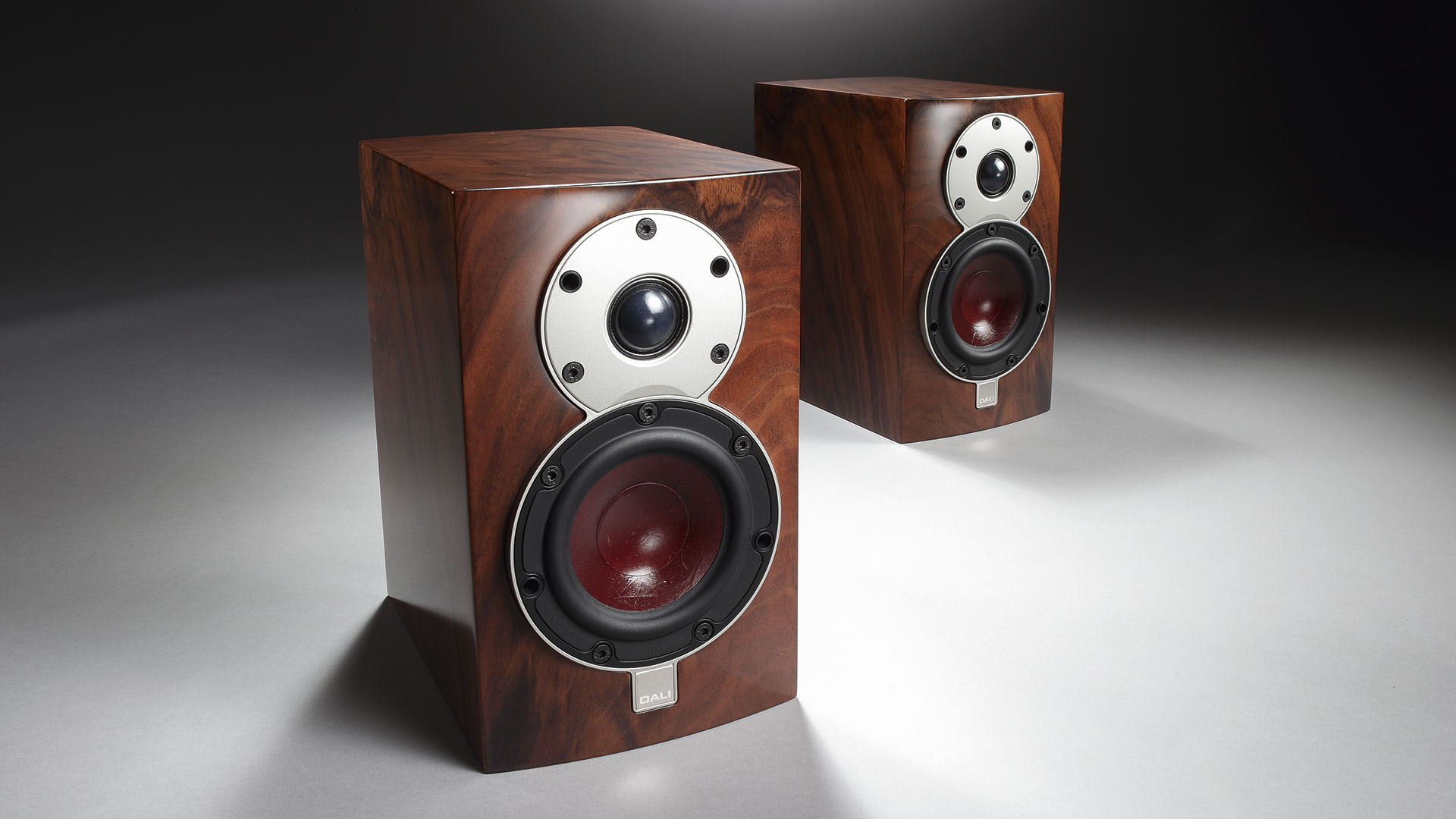 A Special One – In the tradition of the models Royal Menuet and Menuet, Danish loudspeaker specialist DALI launched a visually and acoustically refined "Special Edition". STEREO has tested the Menuet SE.

A "minuet" is a small, fine piece of music, usually in ¾ time and laid out as a noble, lively ballroom dance. It is regarded as a forerunner and ancestor of the scherzo and ultimately even of the waltz that is still relevant today. If a manufacturer names a speaker in such a tradition, its high musical ambitions are obvious.

In fact, the DALI Menuet series has already repeatedly managed to surprise with exquisite speaker-gems, which always stood out from the masses and yet remained pleasantly affordable.

A pair of Menuet SEs costs around 1400 Euros and thus continues this policy. The model is based on the already very good Menuet (around 1100 Euro), which the Danes have refined in detail to make the new SE.

The basic driver configuration is thus set, consisting of a typical 28 mm fabric tweeter and a powerful 115 mm bass/midrange driver. The 28 mm tweeter dome allows for a particularly high dynamic range and also a quite deep coupling to the bass-midrange driver (here 3000 Hertz). The mid/bass cone driver has the reddish color and visible wood fibers, which make a DALI loudspeaker stand out already from afar and which the Danes use up to their very best models. The renewable and sustainable membrane material has proven itself due to its high stiffness and internal damping.

In addition, the Menuet SE has been finished with a high-gloss "wild walnut" veneer, which is meticulously matched in pairs to achieve a particularly impressive, homogeneous and high-quality appearance. Thus, in contrast to serial production, each pair is unique.

Indeed, the very compact and thus unobtrusive speaker looks like it was cut out for special – and particularly high – demands. However, of course, a decorative and noble appearance is not all there is to it. And who would know better than the DALI team from Nørager near Aalborg? In fact, they placed much higher expectations on their new speaker – and, of course, they delivered.

Therefore, a further optimized crossover is in charge of directing the respective information towards the two proven chassis that are driven by powerful magnets. The crossover is equipped with a new circuit board made of highly insulating material to make even the slightest interaction and crosstalk between the components virtually impossible. In addition, essential components of the crossover were replaced with Mundorf capacitors, which are expensive but of particularly high quality.

Even the drivers were modified. For example, the voice coil support of the bass driver in the SE was made of special fiberglass, which should ensure less mechanical loss and less distortion. The engineers further gave their new offspring the superior terminal of the Epicon series, i.e. the flagship of the DALI portfolio. Finally, a particularly high-quality silver cable serves to connect everything on the inside, catering for that slight increase in shine and bit more resolution.

Each pair of Menuet SE is completely assembled, tested and finished by hand by a single experienced employee to achieve maximum quality and expertise. The "builder" is then even allowed to leave his initials on a metal plate.

Freely placed on high-quality stands, as befits a good loudspeaker – of course, due to its size, the Menuet SE is also often placed on sideboards or close to the wall, which is why there are even special wall brackets available – the little Danish speaker sounds fantastic!

It has a very rousing temperament and also a musical coherence that is practically a matter of course with DALI and can already be expected in literally every price range. In the case of the Menuet SE, however, several fine surprises are added. For example, while it doesn't try to belie its small dimensions of 25x15x23 centimeters, the carefully tuned bass port provides amazing low frequency qualities as long as the level is not absurdly high. Of course, deepedest sub-bass and huge volumes are not what such a sophisticated small loudspeaker is made for.

However especially in the kick bass the Dane sounds tight and contoured – that's what makes listeners smile. According to DALI, actually a full 105 decibels should be possible, which is more than enough for any upcoming party!

In the meantime, it continues to serve up audiophile delicacies to the discerning music lover or – supported by a subwoofer – home cinema enthusiast, by confidently and securely drawing a colorful and well staggered stage, providing the protagonists with space and illumination par excellence. The action is highly detailed, credible and perfectly "on point", both in terms of space and time.

Compared to the "normal" Menuet, the progress achieved as the sum of many small improvements is indeed audible: the SE is a bit more open and fine, just as pleasant, but a bit clearer and more structured, which is especially recognizable in Adele's "Lovesong", but also in "Superstitious" by Stevie Wonder. So the detailed upgrades were certainly worth the trouble, even though, as expected, the SE still plays in a similar league. Yet, it also has a little less distortions in the bass and shows a little more efficiency than the production model. 300 Euros extra charge is fair.

Besides – did we mention it already? – this "package" is just tremendously attractive thanks to the simultaneously wild and graceful looking finish.

The just 4 kilo heavy DALI Menuet SE is simply one of the best affordable "mini" speakers you can get!

DALI's Menuet is has always been a great little speaker and now reaches absolute top form in the Special Edition. If you are looking for an exquisitely crafted compact loudspeaker of the highest order, you should definitely listen to this! 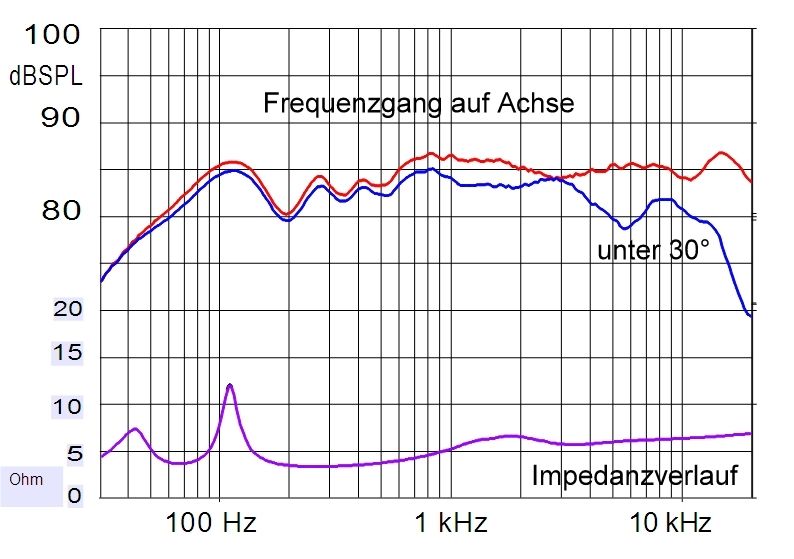 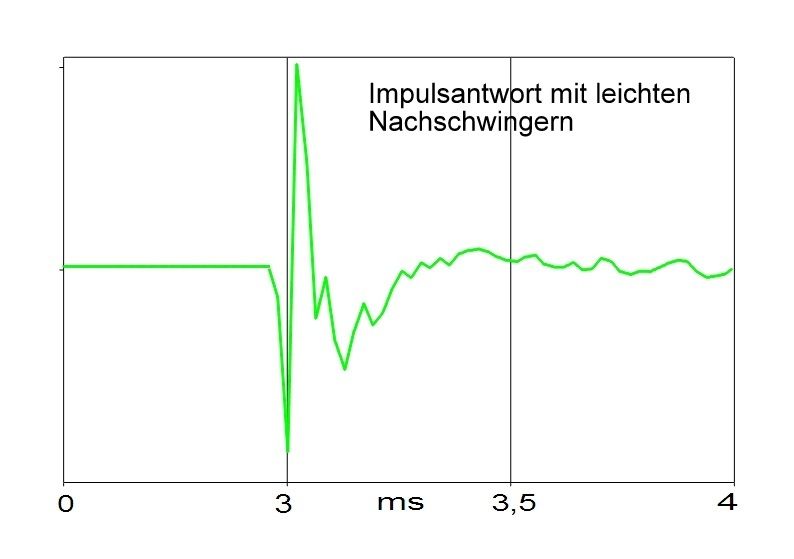 The frequency response is balanced axially from about 250 Hertz, while the bass is cleverly tweaked, which is not unusual for small speakers. Due to the abaxial high frequency drop, the speakers should be angled slightly towards the listening position. The impedance is easy to handle, the step response superb.