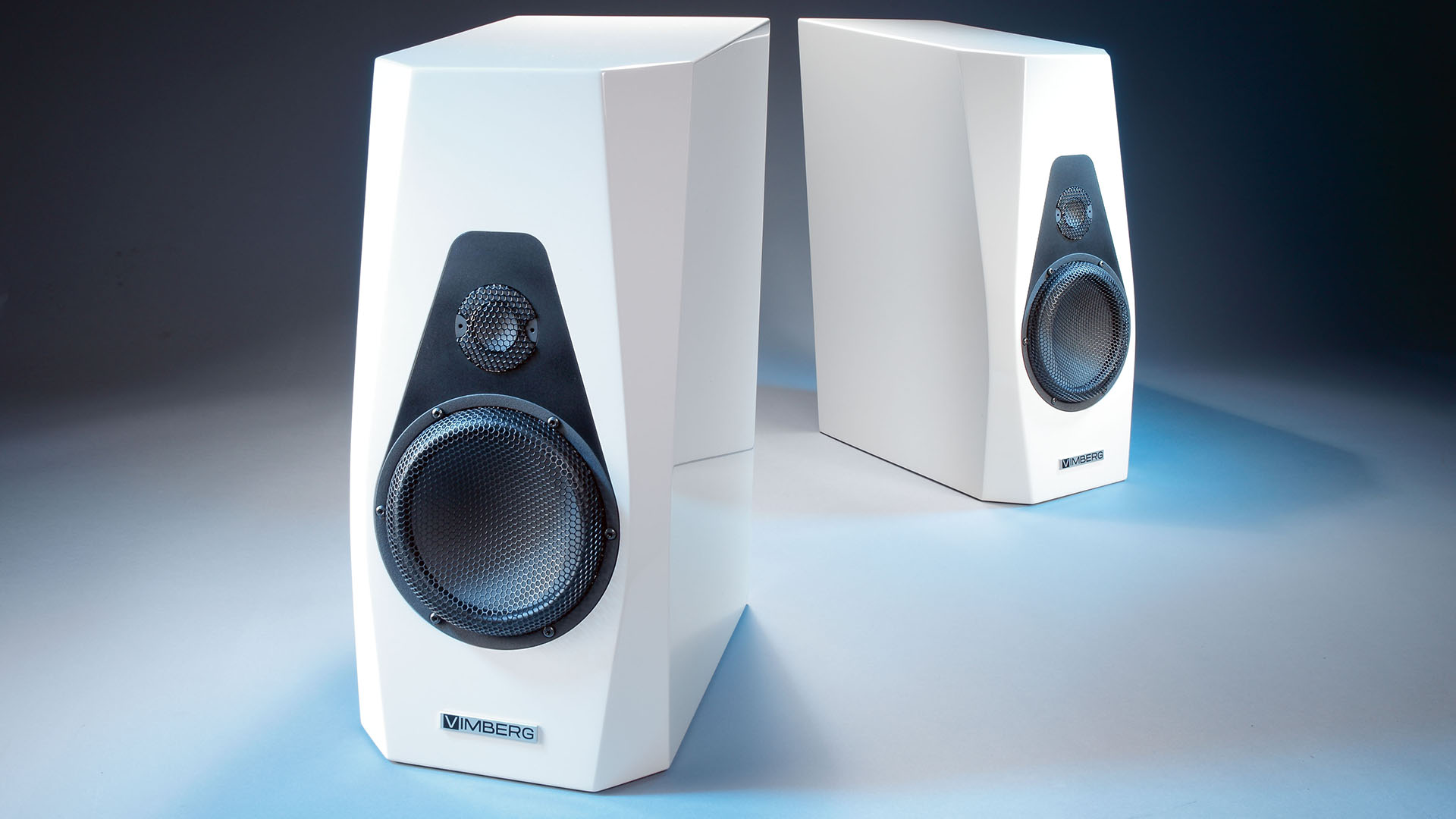 Perfection on a Smaller Scale – Want perfection at a more affordable price but without making any compromises? The Vimberg Amea offers just that.

High Enders associate Tidal with statements like "The best loudspeakers in the world". The fact that the membranes of the high- and mid-range drivers are made out of diamonds causes incredulous amazement often enough. The price tags, however, are also quite impressive, considering the top model La Assoluta costs just under 500,000 Euros per pair.

Tidal loudspeakers, however, also have an amount of effort put into them which is comparable to that of a Formula One racing car. Even an experienced hi-fi journalist does indeed have this kind of association. For Tidal CEO and developer Jörn Janczak, approaches that are compensating or masking come close to pure horror.

He doesn't want a mainstream sound, neither good-natured warmth, nor phase effects, no drop in the presence range or emphasis on mids or lows. He prefers to deliver just what the composer and musicians had in mind without any neat coating. Janczak continued to hold true to this belief even after his customer base wished for a more affordable way to enjoy his speakers.

This sparked the creation of the Vimberg brand, intended to expand the range of potential customers. "Mino", the preceding and overall second foray into the market comes at around 22,000 Euros, being the smaller of the two floorstanding models. Previously, the Vimberg Tonda was an almost 1:1 conversion of Tidals comparable Akira model into a sort of economized version. Now the Amea follows as a standmount loudspeaker starting at about 10,900 Euros. Janczak suggests  this to be a highly competitive price, especiall when keeping in mind the high cost of materials. Having visited them in der headquarters in western Germany and having seen the final assembly, one might certainly be inclined to believe him.

With Tidal, according to Janczak, the prospective buyer would rather turn towards a floorstanding speaker right away. He indeed somewhat regrets this, stating that in his opinion a "top-quality monitor could answer about 90 percent of all questions in the real world and in real living rooms" – which is the reason he offers this compact high end monitor, albeit under his increasingly popular second brand Vimberg.

But where – and this sparks the attention of the (semi) production technician in me – do you save money, in comparison to the perfect speaker, if you don't want to cut back on sound quality?

For the customer it is indeed difficult to discover – and even more so to hear – what has been changed. First of all, at least for the basic version of the Amea weighing 21 kilograms, diamond as a membrane material was out of the question. Instead, ceramic chassis are used which, of course, are not only far from bad, but stem from the same manufacturer (Accuton) and are (almost) as excellent. Specifically, these are a 30 millimeter cell ceramic tweeter and a 170 millimeter ceramic bass/midrange driver.

Instead of stainless steel applications as they are found in the Tidal models, Vimberg uses aluminum as a second, decoupling baffle. The speaker cabinet, also 34 millimeter thick and maximally reinforced thanks to the skeleton on the inside, is offered not in piano finish but in Velvetec per default. This requires a little more discussion, as the newly developed Velvetec, which is not available anywhere else (in this form) and required the purchase of a special machine also originates in Janczak's uncompromising approach.

They aimed for something with quality coming close to that of piano lacquer, while being more versatile, "exciting" and coming at a lower price than possible if handmade. It is a primarily matte, only minimally reflective finish with "colorfast" ceramic particles, available in many colors, and with a relatively insensitive surface.

To me, this Velvetec alone might already be worth a sin – especially in color variations such as Ferrari Red or even the orange pictured above. Eye-catching and cheeky.

The inner wiring is made by specialist Mogami and the Argento terminals are made of pure silver while all crossover components, such as copper ribbon coils, foil capacitors and metal film resistors come from Mundorf and Duelund. Even a boring bass port along with its possible "grumbling and air flow noise" was not good enough. Thus Vimberg relied on a passive membrane, which is about 100 times as expensive as a standard ported solution. Yes, the stately 220 millimeter "driver" on the back is indeed passive.

Of course, the customer is still king, so among other things, a piano lacquer or diamond upgrade are available for an appropriate premium. With both included, the Amea D comes to a price of around 18,800 Euros – and again a little closer to its sisters from Tidal.

In order to systematically sound out the Amea's abilities, we first set it up in our small STEREO listening room and let it warm up extensively over several days. Afterwards, we unleashed it in the large listening room and connected it to our top reference amplifiers from Accustic Arts.

To state it preemptively: What an experience! First of all, the Amea is easily able to fill the space, which is almost twice as large as an average living room – at any level.

Jörn Janczak has outdone himself. I'm reliving the fascination of hearing the Mino again, only that it can also unfold itself in smaller settings now. The performance is of a unique clarity and homogeneity, the timing and delicate details, for example in "Walking On The Moon" by the Yuri Honing Trio, are overwhelming. The loss of bass, when contrasted with the Mino, is rather marginal and certainly less than expected. Rather, the Amea sounds similarly superb, fast, precise and, in a musical sense, empathetic, adapting to the flow of the score.

The overall sound, in connection with first-class electronics and cabling, is out of this world, possesses superior ease and is effortlessly natural rather than spectacular. I have never heard anything like this from a standmount speaker. The Amea is in no way moody or even difficult to operate, but presents each and every improvement in the chain to the hearer, almost like using a – certainly pleasant – magnifying glass. It withdraws itself and actually leaves the field to the musicians, which in this case turns out to be a three-dimensional, perfectly illuminated and large stage, both wide and deep. A fantastic speaker!

Sound- and quality-wise absolutely uncompromising standmount loudspeaker, which produces music at the highest level and accordingly neutral. A sound image of enormous clarity, temperament and homogeneity, which profits enormously from the quality of the electronics. The fourth star is awarded for the immense effort. Top reference. 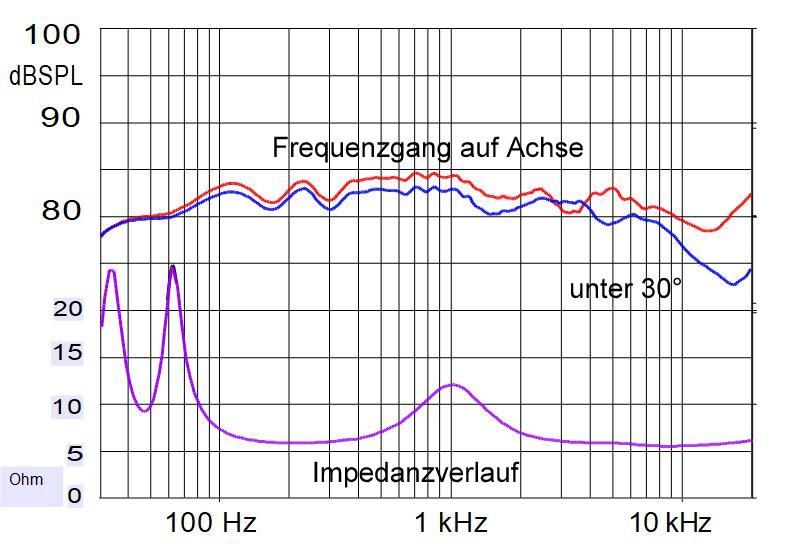 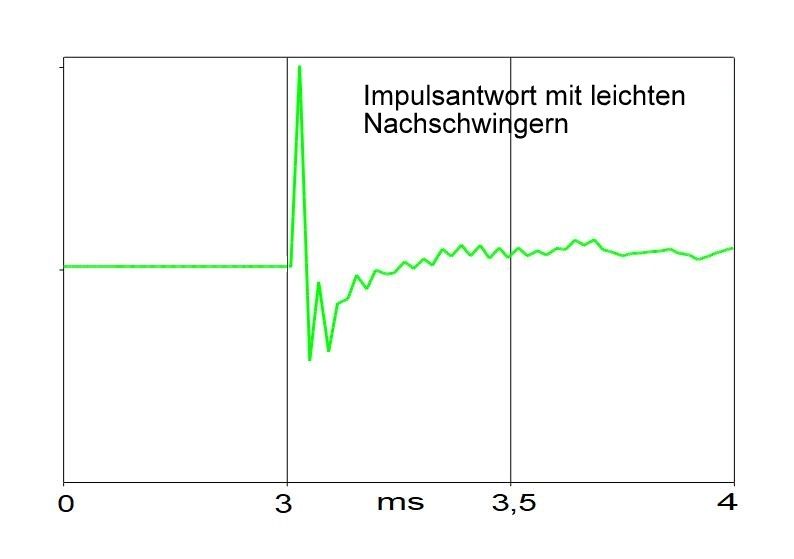 Balanced and neutral frequency response, mediocre efficiency, good-natured impedance response and excellent distortion (0,06% in the mids). The timing (step response) is very good. The speakers should be angled towards the listening position.