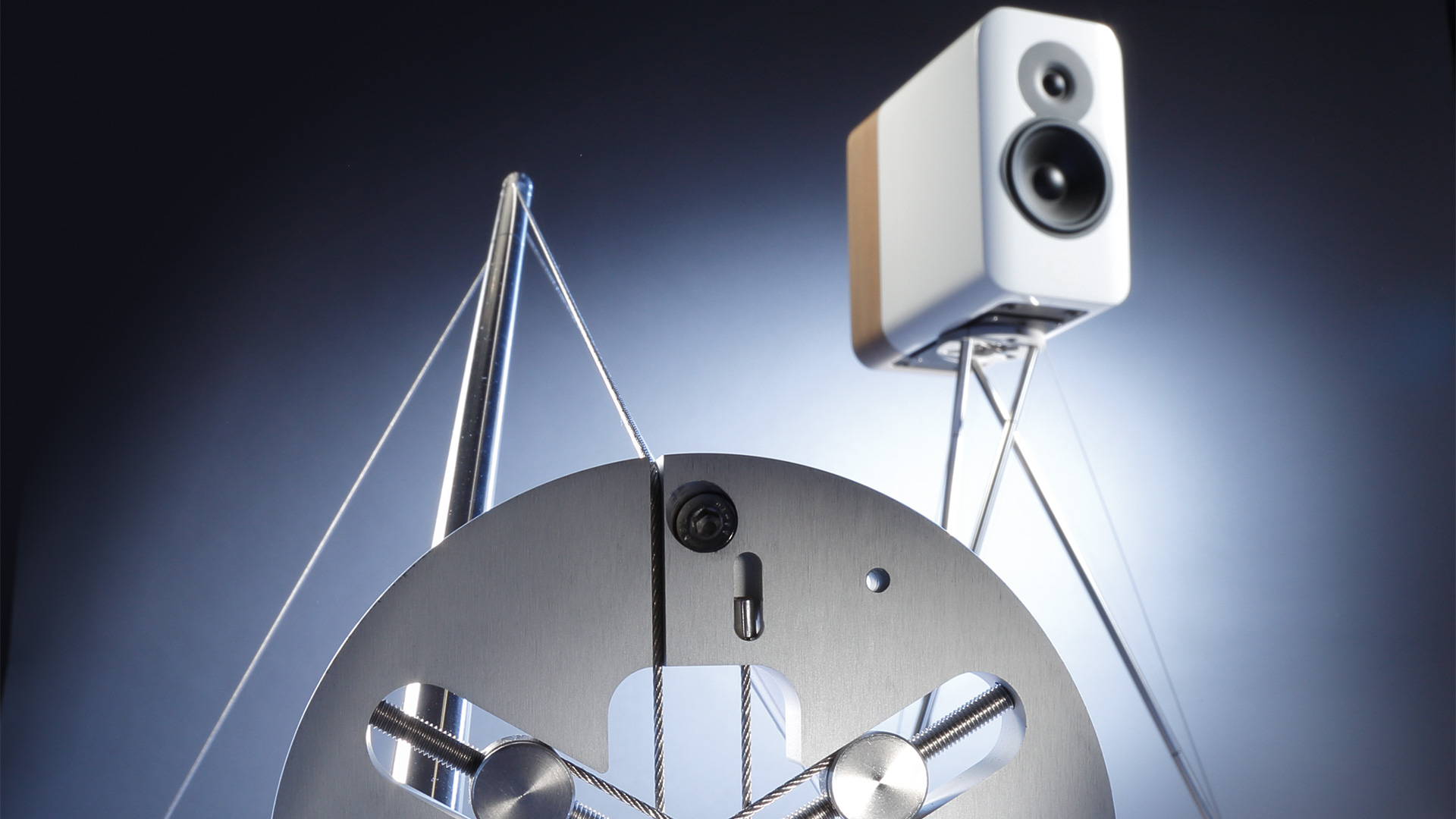 A Life of Harmony – Standmount speakers often lose a lot of their sound potential because they are placed in cabinets or on shelves. Q Acoustics‘ Concept 300 won‘t let that happen.

Strictly speaking, the Q Acoustics Concept 300 is not a British speaker at all, because its creative father is Karl-Heinz Fink, one of the world's most respected and busy loudspeaker developers – who lives and works in Essen, Germany.

For years, the parent company of Q Acoustics – Armour Home – has also benefited from the experience and curiosity of the developer, who always has a few different projects and who works for many different companies.

Fink's development laboratory is probably home to the highest density of Klippel measuring instruments in Germany, which enables him and his team to already in the computer get rid of most of the unwanted peculiarities in their chassis constructions. Additionally, Fink also invests a lot of time in tuning the prototypes intensively in his acoustically optimized listening rooms. What's even better for potential customers is the fact that he keeps coming up with ideas that have a major impact on sound quality but can be implemented at a manageable cost.

One example is the clever idea of using a permanently elastic gel between different cabinet-layers to remove unwanted high-frequency vibrations. Another is his application of the Finite Element-method, to use cabinet reinforcements only exactly where they are needed and where they achieve maximum efficiency.

On the other hand, it was much more complicated to decouple the bottom of the speakers with a spring system in such a way that any resonances that normally wander into the stand are converted into heat. The manufacturer expects a deeper and cleaner bass reproduction as well as an improved stereo image from this trick.

The included Tensegrity stand is not only visually unusual, but also technically. It is a self-supporting structure consisting of elements under tension or pressure. If you move one foot, you can align the stand, thin ropes provide for constant alignment of the three legs. This has little to do with a classic stand, because the sound is not reflected here. Despite the graceful exterior, the construction seems very solid and sturdy.

The drivers of the two-way ported speaker have also been meticulously designed to ensure that vibrations do not impair the sound, and a slight horn-shaped curvature in front of the tweeter ensures that the sound is slightly amplified and bundled in the direction of the listener. An extra-large magnet was added to the 165 mm midrange / bass driver with coated paper cone to enable it to perform great despite its small cabinet. The fact that the Concept 300 is able to do this almost effortlessly and that it competes with the best compact loudspeakers known to us was soon proven in the listening room. From a standing start, it convinced with its extremely crisp, fast playing style and a sharpness of image that depicted individual musicians as if nailed to their seats.

It had a charmingly "melting" character to it in any frequency range and could equally impress with a generous in width and depth spatial image. As an example, the Q Acoustics played the "Concierto De Aranjuez" with guitar and complete orchestra. There, nothing ever annoyed us, and we didn't miss anything either in our small listening room of about 20 square meters – except for that certain humming in the upper bass range, which we had previously perceived rather frequently.

This cleanliness was also very pleasant with Grace Jones. Her "La Vie en Rose" was very convincing despite not having an abysmally deep bass and generated a smile on the listeners' faces. Apparently, Germans and British can be a strong team after all. The Concept 300 is the as unusual as impressive evidence.