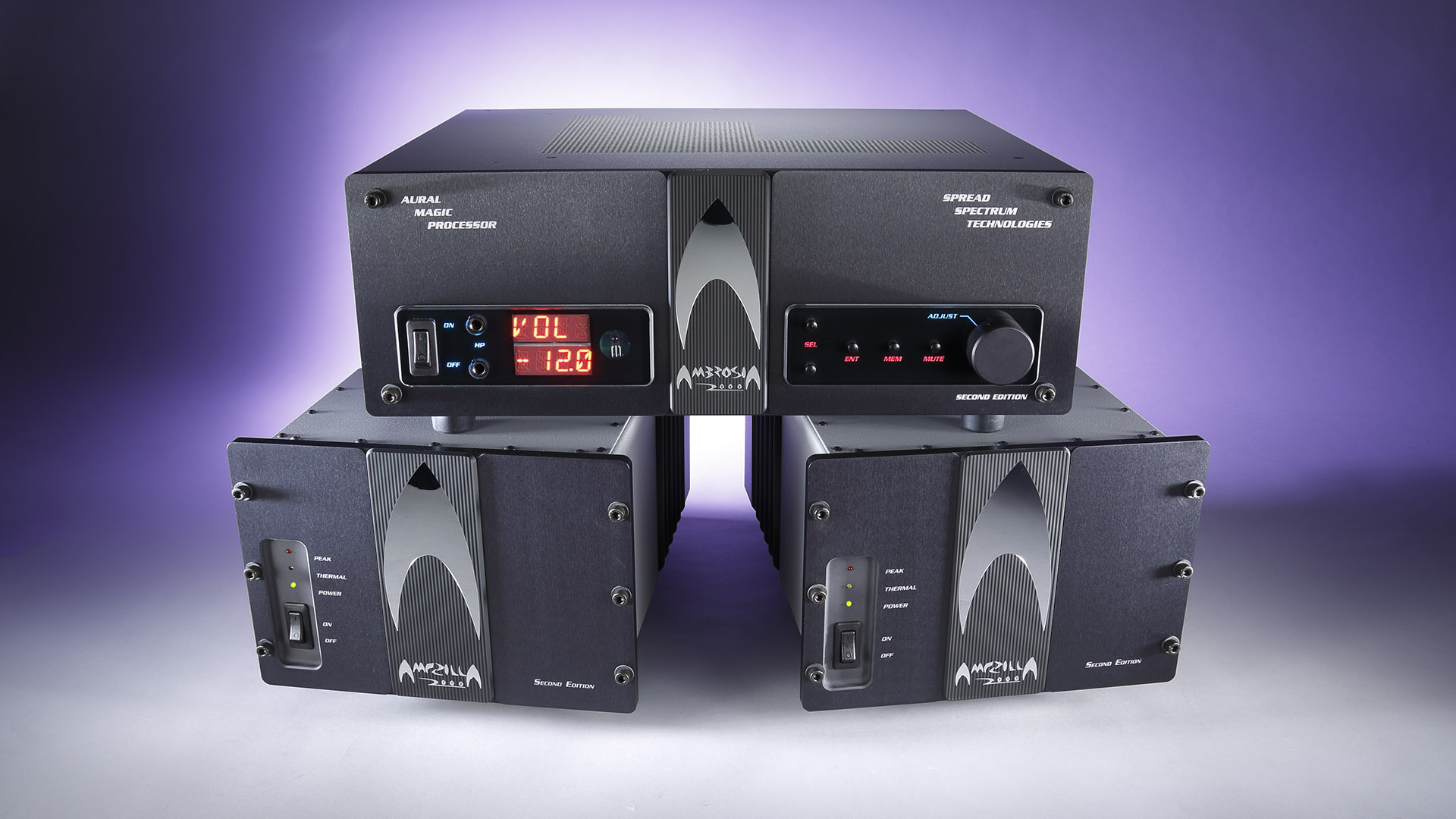 Bongiorno‘s Legacy – James Bongiorno, the inventor behind such legends as Ampzilla, GAS Thaedra, SUMO The Power or SAE XXX1B, left behind more for the the hi-fi world than just the DC servo circuit or the fully balanced bridge amplifier. STEREO had the chance to exclusively review the second edition of his pre-/power amp combination Ambrosia and Ampzilla 2000.

The mouth of every hi-fi fan will start to water when reading the following, I can promise that. As someone who collects devices from GAS, SAE and SUMO, I ought to know, as all three – you can also add Marantz, Dynaco, Harman, Constellation Audio and SST, the brand presented here – have in common that a certain James Bongiorno was leading developer there.

The Italian-American, as brilliant as egocentric and known for his direct manner of talking, has sadly already left this earthly life in 2013. He did however leave behind the present project, completely finished up to the last screw and soldering point. It is based on the first edition from 2005 and has been refined moreso than revolutionized.

In the "Hi-Fi Classics" section of our magazine, mainly managed by me, we have already dealt with Bongiorno creations more than occasionally. This is due to the proverbial quality, attack, but also musicality of his amplifiers.

The fact that the "Ampzilla 2000" refers back to the super amplifier initially offered as a construction kit for Popular Electronics – Bongiorno‘s best-known product – is obvious. At the time, it also led to his falling out with SAE, the high-end company for which he was developing top-class amplifiers at the same time.

The emblem placed on the current SST amplifiers is more than remotely reminiscent of the Enterprise logo; it is the symbol for the "Final Frontier" as well as the manufacturer "Spread Spectrum Technologies". Of course, these are Class A/B amps with transistor technology, even though Bongiorno valued tubes since his Marantz days – in contrast to MOS-FETs or Class D, by the way.

Of course, the power specified on the fact sheet already ensures a downright mischievous grin on the face of a STEREO editor. It is said to come in at – a rather conservative statement – 300 watts sine into 8 and 540 watts into 4 ohms, while the monoblock is supposed to be practically insensitive to the phase and 1 ohm stable. In the end, we measured 390 and 680 watts, and the fuses blew when we were determining the pulse power at beyond 700 watts. Thus, the potential customer even gets almost 30% „more“ than expected.

To achieve this, a whole dozen of 250-watt bipolar high-power transistors, 100,000 microfarads of filter capacity and a 2000 VA transformer are at work – per monoblock, of course. Apart from the huge heat sinks, the heart of this fully balanced amplifier block is essentially a single circuit board in card shape, which also contains the connectors.

The gain of the accompanying preamp Ambrosia – which, by the way, means something like "food of the gods" or "heavenly bread" – is only at around six decibels in the "Low Gain" position, which benefits signal-to-noise ratios, among other things. This is said to have been a request from Japanese fans, who often operate speakers with extremely high efficiency. Reaching maximum output might be a bit difficult then due to the enormous power of the Ampzilla. If you rather use average to low efficiency speakers, SST provides an alternative gain setting of about 20 dB, which can be selected inside the preamp via jumper. And its noise characteristics are rather good, too.

In general, a clever circuit topology consisting of JFETs and operational amplifiers AD797 from Analog Devices ensures lowest levels of distortion and noise in the preamplifier – hardly surprising. After all, Bongiorno was not only always up-to-date, but ahead of his time quite often. Everything is important, what counts is the mix and the performance – as was his motto.

Four separate transformer windings inside the Ambrosia supply the preamp sections Phono-MC, -MM, Line (high level) and display control. In addition, a total of 15 separate voltage control circuits are present. The entire operating interface – illuminated by generous LEDs – of the fully balanced preamp, which is equipped with an elaborate distortion-preventing circuit, is electronically and galvanically isolated from the rest. Eleven programmable CMOS chips with 16 analog switches each sit in the control menu. Whether via the front panel or the remote, these allow for all kinds of individualization of the Ambrosia, such as adjusting the tone control or low-cut filtering.

Our review model came with the full package of phono MM/MC with adjustable subsonic filters as well as two headphone outputs, as known from the "playground" that was the original Thaedra. A home theater loop, which was still called processor loop in the first edition, is also envisioned. Pretty much everything has been thought of.

Regardless of the historical predecessors, the devices are modern and equipped with all manner of protective elements. Nevertheless, they are so maxed out that the manufacturer recommends short-circuiting unused preamp inputs for peak performance in terms of sonics and measurements. Not to forget that directly unplugging the power amplifiers is excluded from any warranty – so just be careful and always use the delaying power switches.

When the moment of truth finally dawned on the Bongiornos in our STEREO listening room, more than a few curious colleagues crowded the listening room. You don‘t listen to legends every day.

The monoblocks on their own were initially very slightly slim, but performed more transparent and agile than our reference devices in the upper bass and mid-highs. On the second occasion of listening to them, after an appropriate warm-up time, the show also noticeably increased in power. Power is actually not the correct term at all, what is happening might downright be called violence, a sort of absolute control. You feel the enormous guiding force, which grips the loudspeaker – a B&W 800 D3 – tight like a clamp, as well as the physical pressure associated with it. Thus, Marla Glen with "The Cost Of Freedom" from the Manger CD seemed to stand in the room practically unleashed and without any form of compression, detached from the speakers.

There is even more to it than that, of course: these amplifiers literally "sing". They play music extremely fluidly, smoothly, even creamy, and that is, despite all the dynamics offered, of course also the decisive aspect in terms of subtlety. You hear absolutely everything without it seeming analytical. The auditorium was occasionally disturbed by a slight silveriness in the mid-high range, which disappeared when we placed an XLR cable from the Cardas Clear line between Ambrosia and the monos. Immediately, everything snapped into place so organically that even the previously still slightly wobbly duel against comparable amplifiers could now easily be judged a "stalemate". The SSTs move into the STEREO top reference league, because they are unquestionably among the best amplifiers that have ever played in our chambers.

Yello also filled the stage with a firework of colors and power accompanied by a maximum of almost lustfully celebrated details. A voice such as the rather vulnerable one of Tori Amos in "Winter" never gets drowned out and comes back just a split second later with the utmost emphasis. Outstanding. Much of the empathic finesse and colorful radiance, which is generally attributed to tubes, is to be found in the acoustic footprint. But with quite some „bang“, which is where we‘ve come full circle as to why I value the creations this exceptional developer has presented over many decades so highly.

At the latest since SUMO, Bongiorno power amps in fact represent the fully balanced bridge amplifier type. Thus, each of the monoblocks actually houses two (stereo versions four) complete power amps, with one being responsible for the upper and the other for the lower half-wave of the signal. Conventional grounding is omitted; rather, both "poles" are hot and equal in relation to the connected load, the loudspeaker. It is important to note that no conventional ground contact is made, not even when measuring.

While this "floating ground" was a sensation in SUMO The Power, more than a few top class amplifier concepts since then have relied on the fully balanced bridge amplifier concept that Bongiorno once came up with. It is no longer possible to imagine amplifier technology without it, which led the master to statements such as "that not many new things have actually happened in the amplifier world since then".

From his point of view, the same was also true for the servo technology in preamplifiers, which keeps the DC current under control, i.e. drift-free and out of the signal path. We indeed also owe this idea to James Bongiorno. As is well known, the Italian-American went very far in his opinion of himself. He considered – until the Ambrosia, of course – his Thaedra preamplifier (from 1976) to be the ultimate standard, disregarding his own later SUMO preamps. Indeed, a Thaedra still sounds astonishingly good, but it admittedly delivers a slightly greater noise when compared to more modern preamplifiers.

The "Trio 2000" here is not only the definitive end of the creative output of James Bongiorno, it is actually the end of the line in amplifier construction right now. Better than his hi-fi classics. And amazingly affordable considering that. An American colleague said that if he were on the verge of retirement at the time of the review (of the 1st edition), he would purchase this combination, thus answering the amplifier question once and for all. Transferred 1:1 to me personally, that would also be absolutely conceivable. By the way, the prices stated here will rise, that is already certain. Better hurry up then if you are interested ;-)

James Bongiorno has brought the "Thaedra" into the modern era during his lifetime. An absolutely superb preamplifier with – how else could it be – unusual features, such as a rotary knob on the remote. Sonically outstanding and brutally honest.

The final creation of James Bongiorno, an incredible amplifier. 390 watts into 8 and 680 watts into 4 ohms. Brutal, powerful, one piece of wire to rule all speakers. And it is musical too. You have to have heard that! 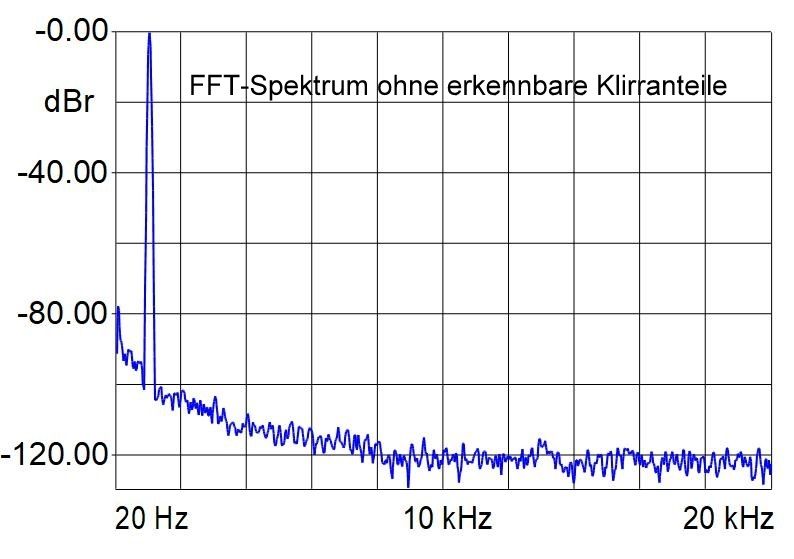 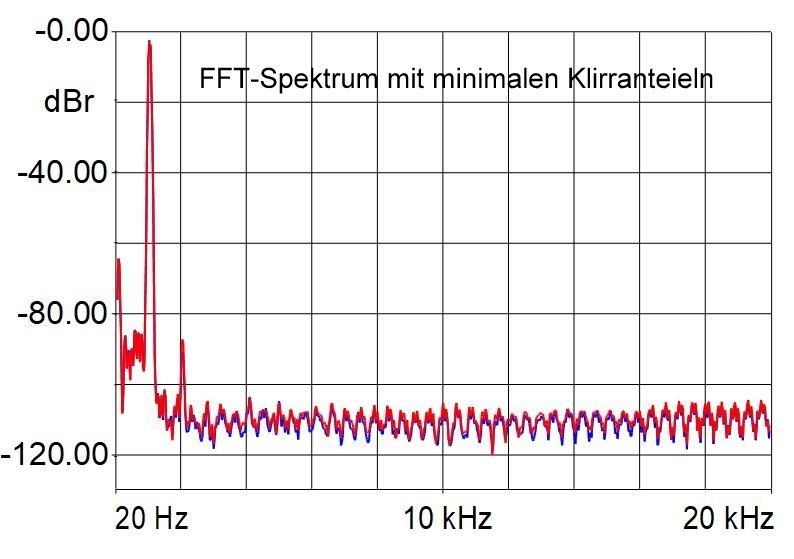 Manger-CD – Music from another world

The legendary „Manger CD“ is a reference album of almost supernatural selection and recording quality. 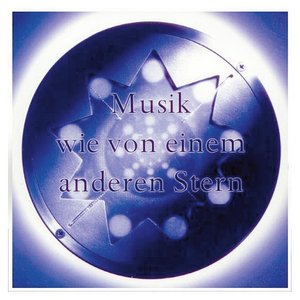 James Bongiorno was born during the 2nd World War. Today, his name stands for several remarkable innovations, for example at Marantz, Dynaco, SAE, GAS, SUMO, CROWN and, as his official last stop, SST. Bongiorno probably reached the peak of his popularity when he created "AMPZILLA", a monstrous power amplifier that gathered enormous popularity as a construction kit for "Popular Electronics", which he offered as a ready-made product under the brand GAS (Great American Sound) after leaving SAE. This was accompanied by other supreme products such as the breathtaking "Thaedra" preamplifier with servo circuits for DC control. Even the simplififed, basic preamplifier GAS Thalia was so "fast" that it could even process video signals.

After having a dispute with GAS as well as about the future, Bongiorno founded the brand SUMO together with Japanese partners. There, too, great successes were achieved, as for example the world's first "fully balanced bridge amplifier" was created, which today is a standard in highest quality amplifier construction. However, Bongiorno also suffered from a severe liver disease, which forced him to take years of breaks and cost him a great deal of strength. He finally conquered it, however, giving him a second long creative period.

Bongiorno, whose musical abilities as a pianist would have been enough to earn him a living – and at times indeed did – learned his electrical engineering skills from numerous personalities and mentors such as the Marantz developer Sid Smith, whom he always named first and foremost. Bongiorno died in 2013, at the age of 70.

Since one could easily write whole books about this man, we ought to point towards the numerous publications on the internet, such as his career from Wurlitzer to SAE, but also the few interviews (www.audio-intl.com) are immensely worthwhile.