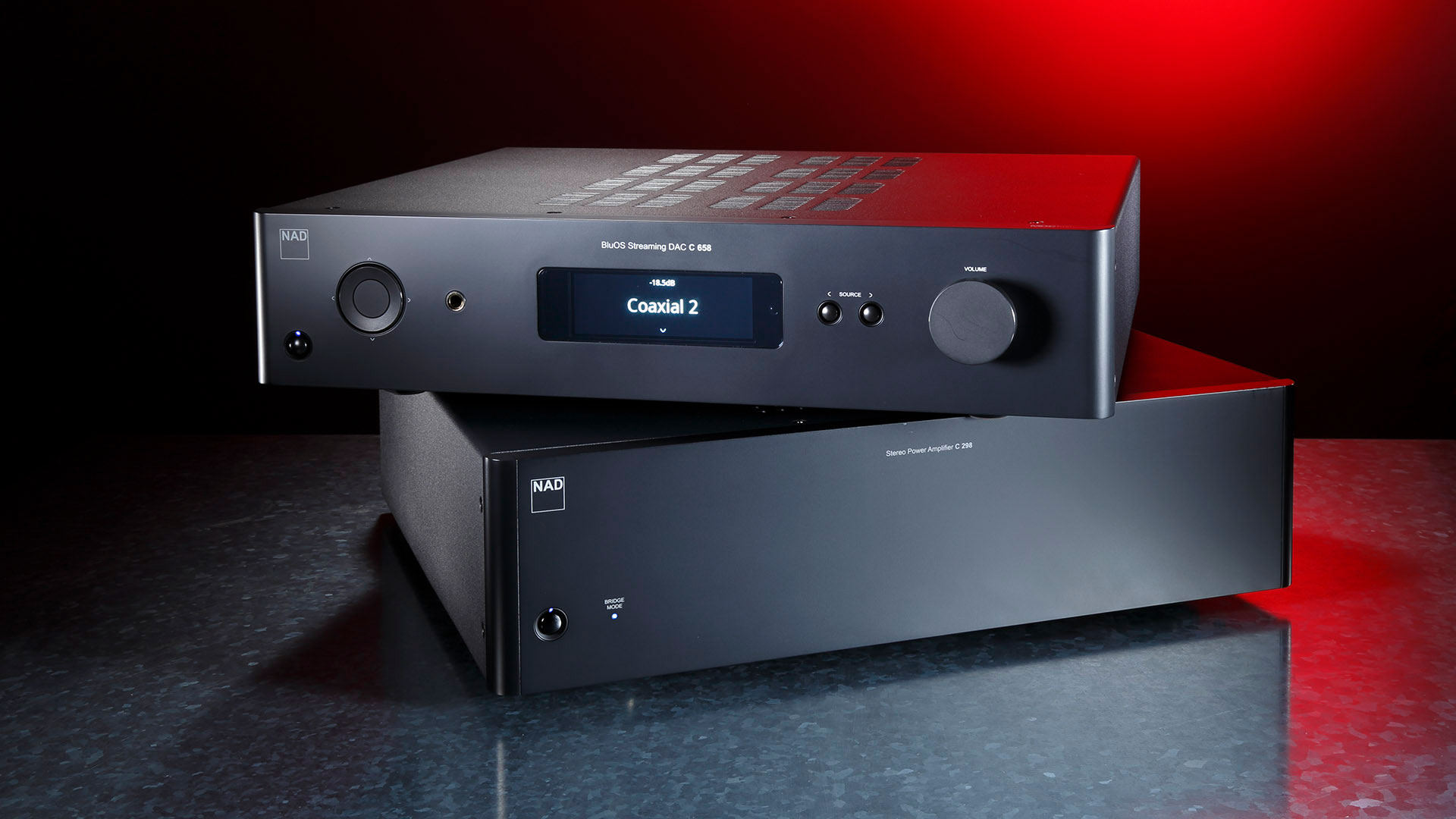 Sleeping Beauty has Awakened – For a few years, it seemed as if NAD had lost some of its momentum. Behind the scenes, however, the company evidently was very active and forged impressive new alliances with excellent developers. The new power amplifier C 298 certainly benefits from all that.

The innovative new amplifier technology going by the beautiful name of "Eigentakt" was developed by the company Purifi, and made its debut in the M33 integrated amplifier, which we reviewed here. This device quite impressed us, and thus we gave it a sound rating of 89%. Now, to get the most important thing out of the way at the start: The C 298, although dressed in a much plainer sheet metal, does come with the same Eigentakt power amplifier modules that are at work in the M33. Technological changes can only be found in the power supply unit, which has been slimmed down a bit.

The simple and tidy look of the NAD Classic series will presumably please many fans of the brand who think the Master series design too extravagant. It recaptures the timeless, functional look once introduced with the famous NAD 3020 integrated amplifier.

Like the M33, the C 298 uses a special power supply concept. That's why you can see little lightning bolt-symbols on the back of the amplifiers at the speaker terminals, which show where the "hot" terminal is. You can also see that the one for the left speaker is at the blue, negative terminal. Blue and not black because there is no common grounding. The idea behind this is that it makes the burden on the PSU more even and at the same time increases the crosstalk damping. Noise and rumble are, as NAD promises, a relic of times past with the modern circuit technology. Our measurements support this statement.

Cas Oostvogel, international product manager at NAD, explains this with the fact that amplifiers with this circuit technology like to bring their power to the people, i.e. to the speakers. However, this is hardly possible in the middle and high frequency range, because about 80 to 90% of the available power is used for the bass range. The consequence of bi-amping is thus that the output filter can easily be damaged. If you're lucky, the amplifier overheats and shuts down; if you're unlucky, the only solution is to hope that it can be repaired.

But NAD knew what to do and came up with a way to switch the amplifier to mono mode. In this mode, about 600 watts of power per channel at 8 ohms are available. This should almost completely cover the whole range of speakers which are to be driven. At a unit price of just under 2000 Euros per power amplifier, this is already quite something, assuming corresponding sonic merits.

With the C 658 streaming preamplifier – reviewed by us here–, we also have a perfect playing partner that also speaks the same visual language. Its room measurement and calibration, balanced and unbalanced outputs, as well as perfectly harmonizing values for output impedance and output voltage fit perfectly. At price of around 1700 Euros, it virtually imposes itself on being allowed to take its place right next to the new power amp.

Using a different preamplifier is no problem either, as the input sensitivity of the C 298 can be adjusted. Are you thinking about a (partially) active setup or operation with an active subwoofer? The 298 has a high-level preamp output that also masters this task. The automatic switch-on can also be adjusted in sensitivity, so that the power amp can be positioned out of sight – in the case of a greater distance from the preamp, we recommend using the balanced XLR connection, which is less susceptible to interference. This was not even the whole list of equipment, which is unusually extensive for a power amplifier. If you encounter grounding problems or ground loops, they can be reliably eliminated or reduced by the ground terminal on the back.

Now, of course, we were interested to know in how far everything worked out musically.

For this, we first started with a rather simple task for the NAD setup by connecting the DALI Rubicon 6 BE (read our review of the speakers here) to the power amplifier. About 3700 Euros of amplifier plus a cable between the preamp and the power amp now delivered music to a floorstanding speaker of about the same price range. They got along extremely well. The DALI does not really pose problems, neither in terms of efficiency nor impedance. Nevertheless, it is not entirely free of challenges, since the speakers are able to show the character of the preceding electronics very clearly. The NAD combo took on this job with excellence, however. It is quite remarkable how vividly the combination places Madison Cunningham in the room on "Bound", without having any trouble at all in reproducing all the fine details of her voice, which is captured with marvelous accuracy.

The NAD amps also handled Springsteen's "Letter To You" with playful ease, emphatically bringing the voice of the "Boss" to the listener. On top of that, they skillfully resolved the song's thoroughly complex structure, sounding slender and dry while doing so, and taking control of the bass unit in the DALI speakers with a firm grip.

Then it was time to move over and start a harder challenge. We wanted to tease out the capabilities and limits of the power amp's performance. To do this, we separated the NAD team, attached our reference preamplifier T+A P 3100 to its front and added a loudspeaker that was demanding in every respect: the Gauder DARC 100, also one of our reference speakers and anything but a simple partner. Moreover, with its diamond tweeter and ceramic drivers – all from the renowned company Accuton – it is a tool that finely resolves sounds, and thus can mercilessly unmask any inconsistencies that might be found upstream. In this combination, two characteristics of the NAD C 298 were brought to light: The enormous power reserves found in the amp were sufficient – even in a room measuring a good 40 m2 – to deliver volume levels close to those of a PA system while staying rather relaxed, as Neil Young's "Rockin' In A Free World" proved.

Equally unshakable was the grip with which the NAD held the bass of the Gauder speakers in its control – that was a great display of its qualities. What was noticeable in this combination, which is admittedly rather unrealistic due to the wide gap between the price ranges, was that this power amp is tending slightly towards a somewhat bright sound characteristic. With this, it immediately dispelled two common prejudices against Class D power amplifiers: that they, equipped with this kind of circuitry, cannot control critical loudspeakers and that they tend to soften the higher frequencies, accompanied by a loss of resolution. No, the NAD C 298 presented itself with all the virtues one expects from a really good power amplifier. Only its price tag remains in the pleasingly moderate range, just as we are used to from NAD.

A simple look, state-of-the-art technology and very good sound – the progress that is being made in Class D technology is unmistakable and, in this case, comes at a very fair price! In addition, you get plenty of power and a high degree of flexibility. 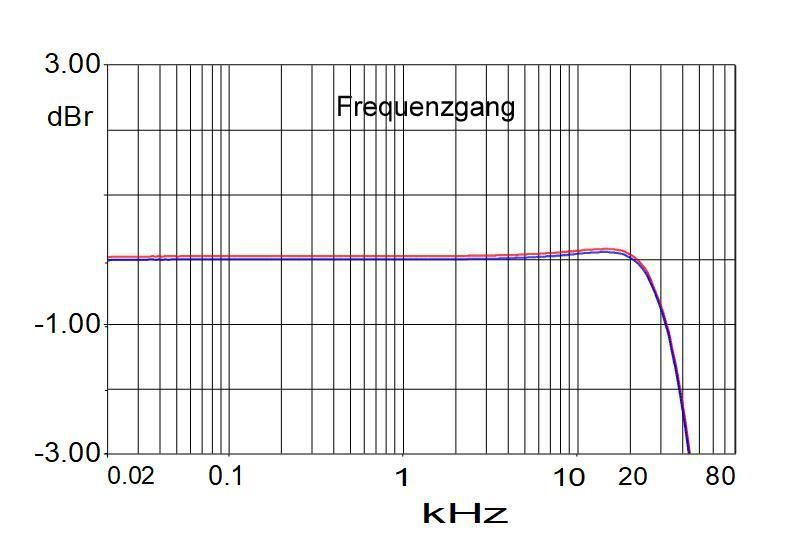 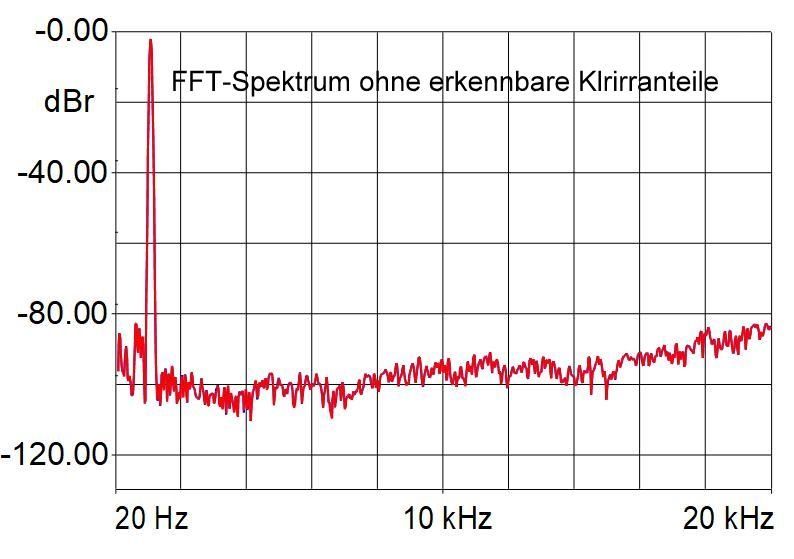 Madison Cunningham – Who Are You Now 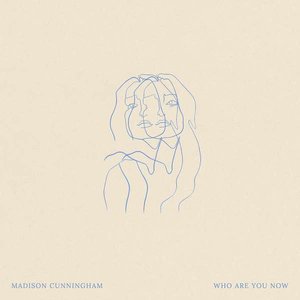