Higher Goals … but how to hit them? With the new Preamp III, Accustic Arts wants to surpass their previous top model. STEREO tested whether they were successful. Both the effort taken as well as the financial commitment are considerable, in any way...

When the brand new top preamplifier from the Southern German high-end manufacturer Accustic Arts finally arrived in our office, already eagerly awaited, we had to swallow hard three times. First when unpacking. The reason for this was that the device we took out of the box, with its aluminum-covered housing featuring a striking cut-out logo in the lid, looked incredibly impressive in a dignified way. It seemed as if the Preamp III wants to replace its tried and tested predecessor Tube Preamp II MK2 simply by making it seem and look puny in comparison.

The second time occured when we were told the price of this flagship preamp: A full 19,800 euros are to be exchanged. The swabian manufacturer printed "Handmade in Germany" right on the massive front panel as a kind of justification for the self-confident offer. This claim is worth its weight in gold (= money), especially in the Asian markets. There, German high end is well represented and has taken a considerable share from the formerly dominant US brands over the past 20 years.

Then, during a first short test run, we finally were fully impressed – gulp! Of course, this test came after determining the correct phase as well as having a warm-up phase of approximately one hour, during which our long-standing reference preamp was already "booted up" and ready for the family-internal contest. When listening, we felt as if on the track of a real sensation, because the Preamp III caused something astonishing right away: instead of simply making the performance even clearer, more dynamic, more spatial or anything on that track, the playback suddenly possessed an unusually authentic quality. It contained such a high-end aura of completely undisguised naturalness and stupendous homogeneity, making our highly esteemed Tube Preamp II MK2 suddenly seem like nothing more than a very good hi-fi device. Its successor, in comparison, climbed to an unusual level of perfection and took another step on the ladder of quality, apart from singular and small parameters. This makes the preamp all the more valuable, as it clearly raised the sound level that we had been able to achieve up to that point, seemingly without much of an effort. Well, let‘s see what happens after one or two days on the grid...

Weighing around 14 kilograms, the new Preamp III is a pure high-level preamplifier with six inputs – three in RCA and three in XLR. For integrating it into AV chains, one of the RCA inputs can be switched to "surround-bypass" at the push of a button, whereby the signals bypass the volume control and go directly to the power amplifier outputs. Similarly to the little brother, there are four of these. However, they are not simply shared in equal parts between RCA and XLR connections. In addition, one of each is joined directly (DC), the other via a capacitor and resistor (AC). Thus, Accustic Arts wants to accommodate different listening tastes as well as technical conditions in power amplifiers.

Furthermore, two unbalanced outputs are featured, also designed according to RCA and XLR standards, for analog recording devices or an external headphone amplifier, for example. Of course, such a headphone amp is available directly in the Preamp III as always, including the 6.3 millimeter jack that can be covered by a magnetically fixed metal cap if desired.

While the German preamp seems puristic in handling – the front only features the input selector and volume control plus the button that switches between the power amp and headphone outputs – it does offer some nice features through its menu. You can access it either directly on the device via turning and pressing the left button or with the remote. For the audio part, it has a balance control with fine steps; and the startup volume can also be set. To avoid level jumps when switching from one source device to another, each input can be preset within a practical range of twelve decibels (plus/minus six dB).

If a piece of music doesn‘t sound as expected, you can quickly check whether the absolute phase was accidentally reversed during mastering and reverse it by 180 degrees. If two pairs of identical stereo outputs are needed for bi-amping, the sockets marked "DC" can also be switched to "AC".

The razor-sharp TFT display, which is easy to read even from a distance, can also be adjusted in brightness in 99 steps. Additionally, an automatic shutdown may also be set, offering the choice between 1, 5, 15, 30 or 60 minutes after the last operation, as well as "Never" for continuous operation. Thanks to its modest power consumption of less than ten watts, the Preamp III can be left on without a guilty conscience even during longer breaks in listening.

Inside, we discover eight first-class operational amplifiers from Burr-Brown in a fully balanced configuration, placed onto the gold-plated circuit board and its black solder mask. These are well known and liked in the high-end sector, even though discrete constructions are normally favored. The "digital" configuration of the volume control via resistor banks is also part of the fully balanced setup. This all means that the music signals are processed twice, namely once with the correct phase and once with the phase inverted. This aims to remove non-linear parts of the signals, such as noise and distortion, through subsequently combining them. The currents of the unbalanced RCA inputs are balanced behind the relays for this purpose. After the process of amplification, they flow to the power amplifier outputs or to the headphone jack.

A total of six voltage stabilizers ensure clear conditions, four of which are reserved for the audio signal. The two others take care of the separate control circuits and the relays. The Preamp III draws its "juice" from an encapsulated toroidal transformer that is placed with some distance to the circuitry. The shortest possible signal paths and a straightforward concept without any gimmicks were central ideas in the process of development.

You can indeed hear that: just yesterday, I would have done everything in my power to defend the thesis that Accustic Arts‘ fabulous Tube Preamp II MK2 combines analytics and homogeneity at the highest level. After hearing its successor, however, I would back that theory no longer. This is coming from the fact that what had been foreshadowed at the beginning was now confirmed in its full glory: The Preamp III not only outdoes its predecessor, it straight up takes the audiophile cake.

"Saturday Night" – an authentic club jazz song by the Red Norvo Quintet, which is uniquely fresh – was laid out widely in every direction in front of the listener. The performance, dominated by the vibraphone strokes that "exploded" concisely and with heavy impulses, was dense and vibrant, but also light and transparent. It almost seemed as if you could understand individual scraps of words from the audience babbling quietly in the deep ends of the room, even though no artificial brightening feigned brilliance. The pitch-black background remained completely calm and undisturbed, so that the tiniest details sparkled and stood out clearly against it.

Entering the preamp – with otherwise identical cables – via XLR or RCA produced only a hint of a difference for us, at most. In the same vein as is known from the Tube Preamp II MK2, the playback via the "DC" outputs is a tad bit more contoured and grippy in the lower frequencies. You should check out which diction suits you more by changing between the different possibilities of connection.

In addition, friends of headphones should only wish for an external solution when using extremely power-hungry and exotic models. Headphones certainly also benefit from the uniform manner of the device, which is on the one hand whirringly lively, yet at the same time fascinatingly closed. This precise German has a great musical soul, and it never fails to display the smallest reverberation or any tonal shading. You‘ll be certain to sit in front of your setup and marvel at how precisely and focused this preamplifier reproduces music, while also being expansive, indeed revealing its whole spectrum. Even the limitations of other top pres, found only in the extremes, seem hardly existent here.

Every style of music profited from the neutrality on offer here. Without problems, it unfolded its character in the dry bass impulses that are at work in the electropop of Carolin No‘s "Still Waters Run Deep" as well as it did in the delicate webs of Vivaldi‘s cello concertos. The only thing Accustic Arts‘ phenomenal Preamp III, which will soon be available in a tube version based on the Tube Preamp II MK2, does not do is adding its own sound. Thus, it now occupies a top position among our list of reference preamplifiers – not only when sorting it alphabetically.

With this superb preamp, Accustic Arts easily surpasses its former top model. The performance offers a practically perfect mix of filigree reproduction of details, three-dimensional plasticity and completely unbiased naturalness. All of this is wrapped in a sort of high-end aura. A dream of a preamplifier at an equally ambitious price. 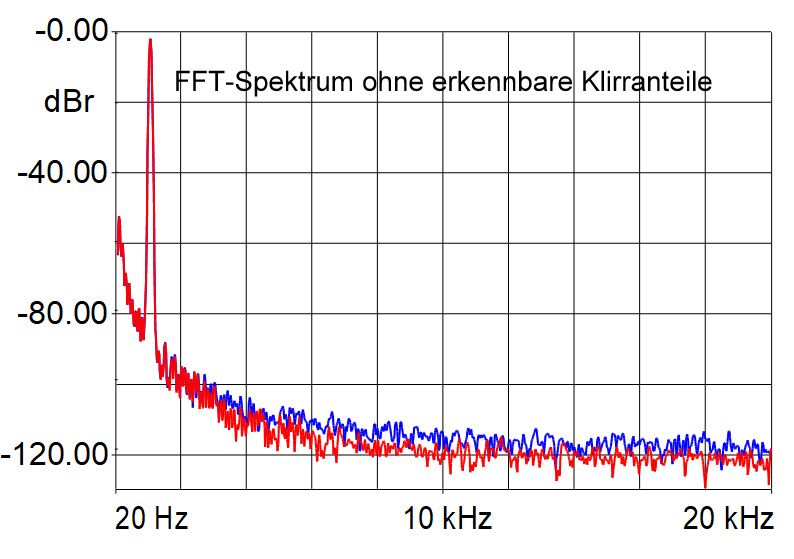 From balance to level presets of the inputs, startup volume, phase inversion, "AC/DC" coupling of the outputs or simply the brightness of the TFT display including its timeout interval – the menu ensures easy access to all functions. All of this is also accessible from the remote, for example for better direct comparisons from the listening position (phase/coupling).