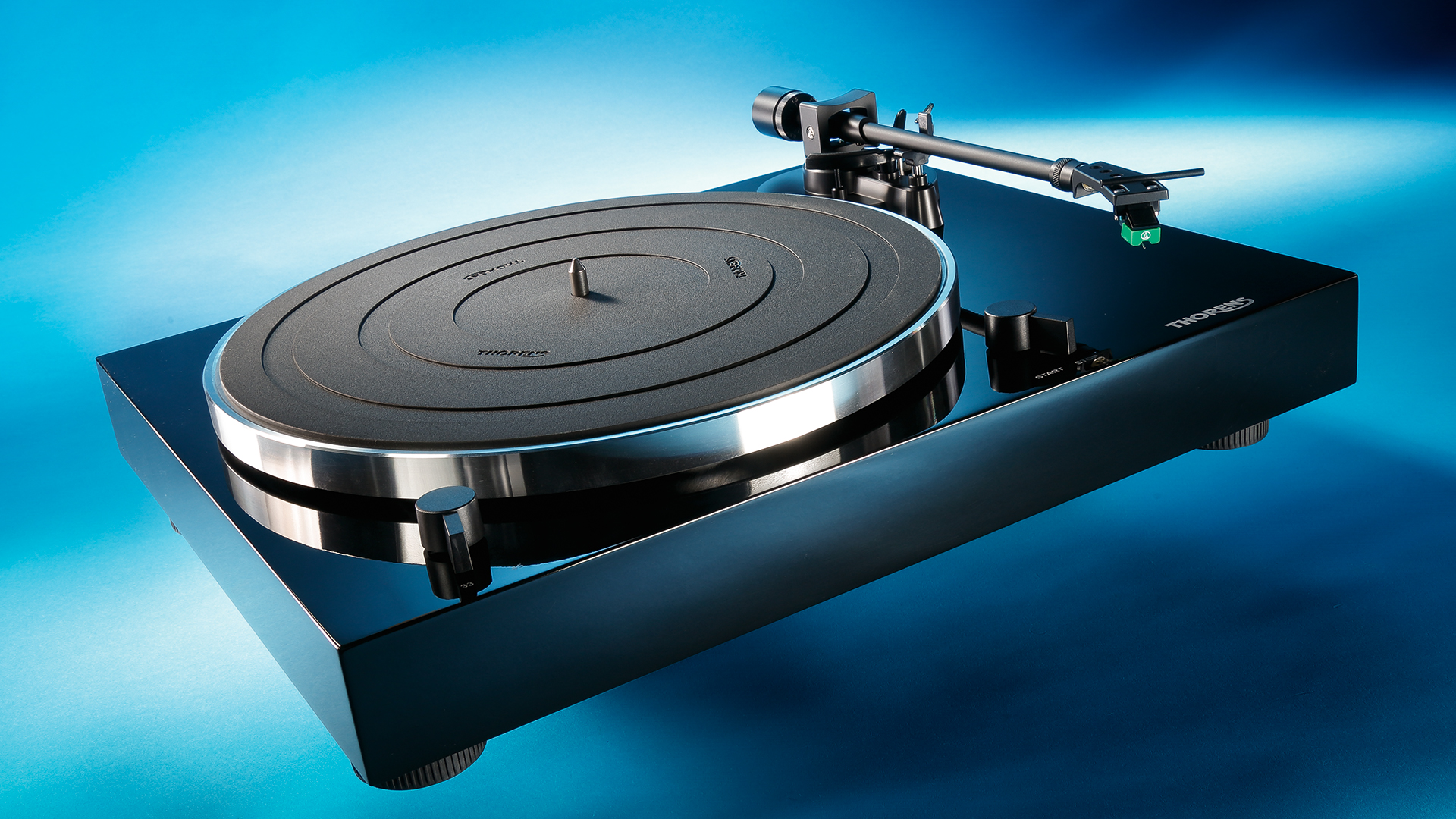 No other brand better represents the sophisticated turntable at an affordable price than Thorens. The new owner wants to continue the great tradition with the brand new TD202. STEREO tested whether it is suitable to become the next customer‘s favourite.

If anyone has ever built a popular audiophile turntable, it is Thorens with the purist, timeless and indeed indestructible TD166 and 146 models the latter offering at least the minimal comfort of automatic switch-off. Tens of thousands of these classical turntables conquered the facilities of their ageless clientele from the mid-1970s to the end of the 1990s in various versions. From pupils to grandparents, everyone loved them.

In the event of a similar success of the modern successor TD202, the new Thorens owner is likely to beam with joy. Gunter Kürten, who served for many years as managing director of Denon and lately directed ELAC‘s business between 2015 and 2017, where he initiated their current record player line-up, possesses the HiFi gene – and owns Thorens since 2018. Of course, there is a whole range of the brand‘s tried and tested turntables. The first new device is now the TD202, which is considered a benchmark for the seriousness of the new Thorens owner.

The immaculately shimmering aluminum plate with rubber mat, reminds of days gone by and has a rubber ring inside for dampening. Fans of the sound of old Thorens will certainly also remember the ringing of their plates, which stopped after a slight flick. The TD202 didn‘t inherit this bad habit.

For a tonearm they used a straight type with removable headshell, dampened lift and anti-skating adjustment via a spring mechanism. Since experience has shown that customers of this class do not (yet) want to worry about a fitting pickup, Thorens has precisely pre-adjusted Audio-Technica‘s AT-95E MM. After all, it has proven its worth millions of times without exaggeration. Balancing the tonearm by means of a counterweight and adjusting the required 18 millinewton tracking force after zeroing the scale is a breeze. And off you go.

The TD202 already has the phono-preamplifier on board, so it doesn‘t even need a phono input on the amplifier. To activate, the small switch labeled „Pre Amp“ in the connection terminal must be set to „On“. Then the new Thorens can be connected like a CD player. Very convenient, since many modern amps, especially those from the A/V sector, lack the phono branch. The TD202 plays on them without any further measures. If a phono input is present, it is easy to try out which way the sound is of higher quality.

Though we had suspected the TD202’s Phono-Pre to be, at best, a makeshift, we were proven wrong by its pleasing, because color-homogeneous, cleanly differentiated as well as lively presentation. Even on expensive amplifiers equipped with phono we would have often preferred it, although the stage always seemed a little more compact and more oriented towards the front.

On the other hand, the integrated preamplifier impressed with tonal coherence. Thus it emancipated itself in our opinion: from a supposed makeshift solution to a secret trump in the new Thorens’ sleeve.

Who wants to digitally feed their records to a computer via the integrated USB interface, with the data format corresponding to the CD standard of 16 bit/44.1 kilohertz, needs the work of the internal phono amp anyway.

Apart from the easy adjustment of the tracking force described above, only the flat belt lying on the inner rim of the plate has to be placed on the motor pulley during assembly. That is done through an opening in the plate support and requires a little finesse.

In the listening room, the idea of the TD202 as a new, universally usable “turntable for the people” soon came to the fore again, because the TD202 – whether with its own or external phono part – put in a lot of effort. Wolfgang Bernreuther‘s multi-layered and detailed „For Ole“ was conscientiously unraveled, while depicting voice and instruments at the intended positions within the sound stage and without forgetting to give the successful performance a shot of emotions without which this title simply does not „work“.

It was astonishing how dry and clear the Thorens represented lower frequencies. Even in a mixture of vehemently plucking bass impulses and dragging bass clouds from Carolin Nos „Still Waters Run Deep“ the TD202 kept the reins tight and didn‘t smear which was great for transparency.

The newcomer could not quite match the proven TD209 for 1000 Euro, which played even airier and more relaxed. However, in our cross check it rather kept up with the nearly 700 Euro expensive TD207. A great achievement, especially as these two offer neither Phono-Pre nor USB. The new TD202 rightly bears the name Thorens and is a real tip in the ambitious entry-level class of turntables.

The first Thorens under the new leadership is immediately a strong start. The TD 202 is a well-designed turntable, equipped with good ingredients and also has a first-class phono preamplifier amp on board, along with an A/D converter for the USB output. This makes the turntable suitable for all systems without phono input. As the phono pre can be switched off, the listener can also operate the turntable directly at the phono input of the amplifier. This is however not mandatory, as the sound of the TD 202 is balanced, lively and relaxed via the integrated phono amp, which thus turns out to be its trump card. Alltogether, a real tip for beginners and advanced listeners! 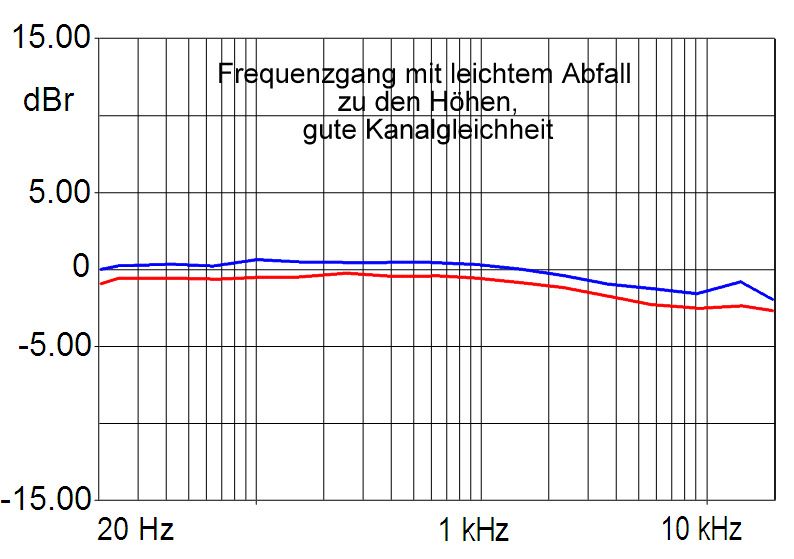 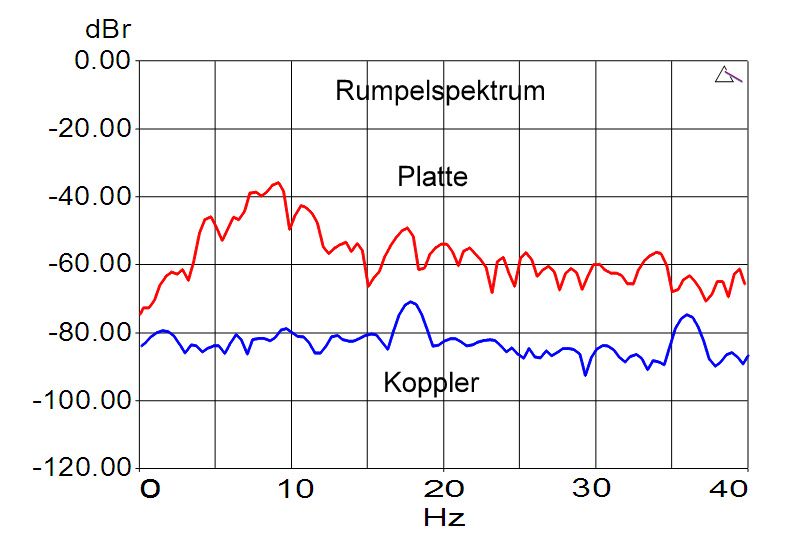 A balanced frequency response with only slight high frequency drop, good synchronisation values (see picture) and low rumble are the characteristics of the small Thorens. The output voltage refers to the operation without the phono preamplifier.

Interview with Gunter Kürten from Thorens

STEREO: Taking over a traditional brand like Thorens is a big responsibility, isn‘t it?
Gunter Kürten: Absolutely, and we want to live up to it. Anyone who feared that we would use the big name to bring average-turntables to the people will be pleasantly disappointed. Last year at the High End trade fair, we already showed the prototype of the fully automatic TD148A (photo), whose plate and arm are mounted on rubber and which is based on the former Thorens models.

Will there also be new subchassis models for which the Thorens brand stands?
Definitely, because we want to maintain the distinctive Thorens DNA and revive it where it was lost. In doing so, we will orient ourselves in every respect to the Thorens classics, but at the same time, as with the TD202, we will consider modern approaches and requirements. Take a look at what BMW has done with the Mini. This is a role model for me.

How big do you estimate the risk of nowadays relying on a technology that is already antiquated, such as the record player?
I don‘t worry about that at all. Records are always listened to – and that requires good equipment from a reliable source.

The eventful history of Thorens dates back to 1883, when Hermann Thorens founded the company in Sainte-Croix, Switzerland. Initially, the company was dedicated to the production of boxes and works for musical clocks. In 1903, the first roller phonograph, based on Edison‘s model, followed; shortly thereafter, Thorens entered the world of funnel gramophones, of which more than three million were produced. In 1928, the first direct drive for gramophones was developed, while much later the manufacturer consistently favoured the belt drive for its turntables – historical irony. In 1930, the company employed around 1200 people, and during the war it also manufactured record cutting machines and sound systems for cinemas, followed by a razor with spring drive and radios with remote control.

The modern era did not begin until 1957 with the TD124 studio drive, which kept its 4.5-kg zinc die-cast plate running very smoothly with a combined belt/friction wheel drive. The 124 later came with a high-quality SME arm (r.o.) and became a legend. Various other models followed and in 1965 finally the turntable, which probably everyone halfway versed in this field recognizes at first sight as Thorens and which introduced the spring-loaded subchassis for plate and tonearm at three points to dampen vibrations: the TD150 with its characteristic rubber mat and tonearm TP13.

From then on, analog insiders will know it best. Milestones on the way were, of course, the first TD126 Electronic (1974), whose MKIII version became a customer‘s favourite; the affordable line of TD105, 110 and 115, also widely used since 1978, as well as the ultimate uncompromising, high-priced „Reference“ one year later, which was followed by the „Prestige“ for the 100th birthday in 1983. The double TD146/166, introduced in the mid-seventies, was yet another source of vinyl enthusiasm. And special designs such as the extra-wide TD520 for twelve-inch tonearms meant that Thorens always remained at the focus of fans.