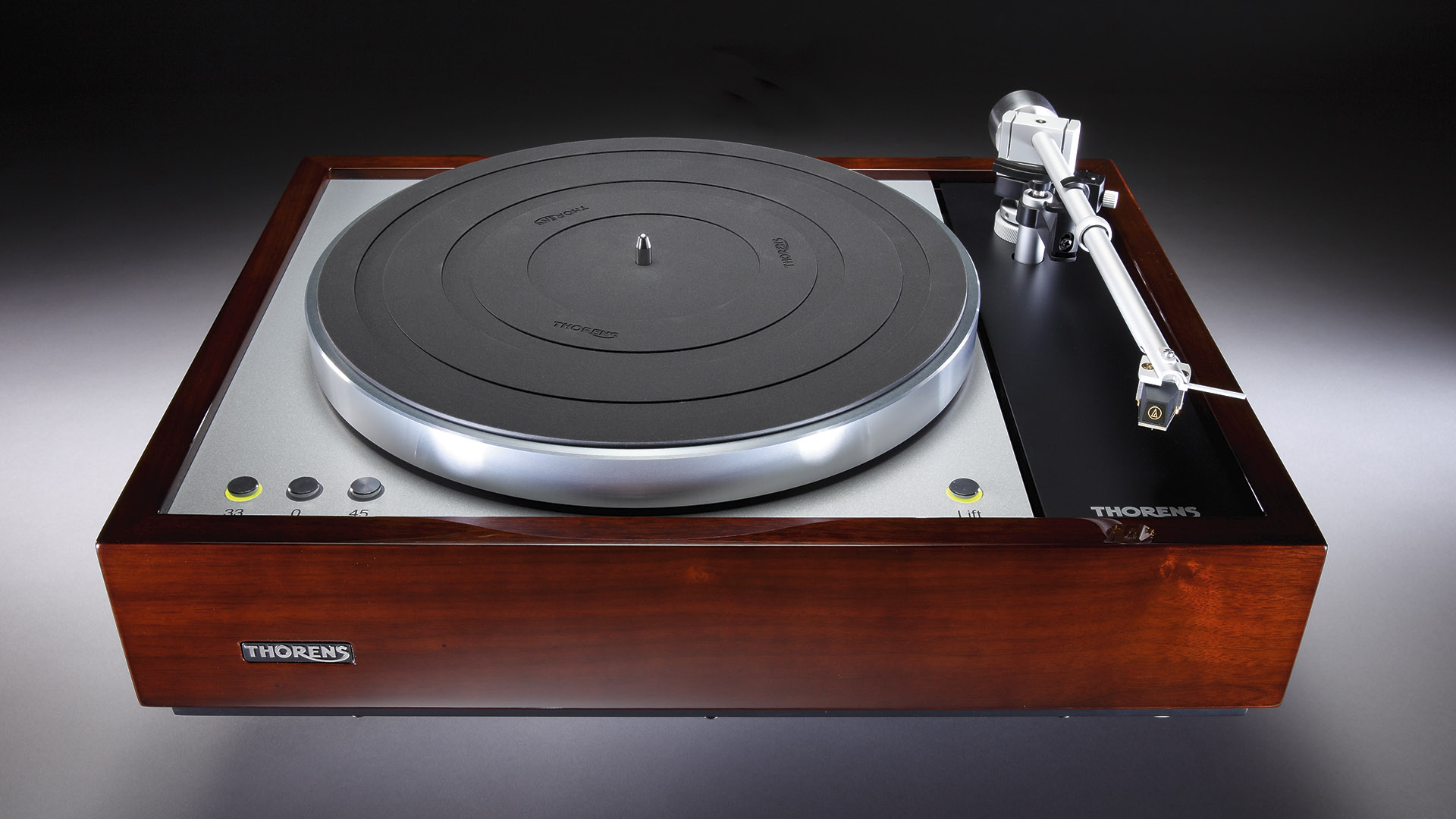 Back to the Top – The TD1601 looks like it came from a time gone by, traditionally places the record on a spring-loaded sub-chassis – and can deliver highest listening pleasure. STEREO tests the first turntable of a new Thorens generation.

If you trust today's marketing agencies, tried and tested concepts have lost popularity in modern hype-driven society. Everything has to be new, smart or at least somehow different. Gunter Kürten knows their arguments. And yet Kürten, who is well acquainted with the hi-fi industry having held high-ranking positions at other manufacturers before and who took over the Thorens brand about two years ago, is deliberately focusing on timelessness instead with the new TD1601. After all, the name Thorens has at one point stood for the "affordable audiophile turntable" like hardly any other.

One of these 70s Thorens stars was the TD160 which was captivatingly simple on the outside but had a big musical heart inside. This is the ancestor of the manually operated TD1600 and the semi-automatic TD1601, which is equipped with an elaborate auto return. And you really don't need to be a Thorens expert to immediately notice the similarities right up to the authentic looking platter mat.

It also seems like these parallels were usually recognized with great joy and no sign of boredom wherever prototypes of the new turntable were on display. They received many approving reactions, some even gently stroked over the flawless gloss finish of the black or walnut frame. General tenor: finally a real Thorens again! Previously, the brand had attracted some criticism with its inconsistent model policy, in which mass and sub-chassis drives of all kinds seemed to have been randomly thrown together. In terms of quality these were okay, but their appearance was quite arbitrary.

Enter the TD1601, which is supposed to continue the brand's rich tradition that had previously been lost track of, and which implements the "Thorens DNA" in a familiar yet distinct way: In addition to its straightforward, then style-defining appearance of the frame, there is the characteristic belt drive as well as the sub-chassis supported on three conical springs, which decouples the turntable and tonearm from cabinet and ground. All that is very similar with the TD1601, although here the screws for levelling the height of the internal MDF support are accessible from below.

This means that the platter, which weighs a good two kilograms, can remain on the turntable during adjustment, thus eliminating the tiresome platter down, adjusting, platter back, checking procedure of earlier Thorens models that were adjusted from above. Also unlike previously, the sub platter now cannot simply be pulled out of the bearing, which should prevent improper handling and damaging the steel axle which stands on a ball bearing or the bronze bearing with its "Delrin" disc in the bottom. Latter is exactly and consistently lubricated by Thorens before shipping.

As always, a flat belt wraps around the inner platter, which is kept in motion by a synchronous motor. This is fixed in the turntable's housing on a damped cylinder, so that there is no firm connection, ergo no resonance transmitted to the platter and arm.

The dreaded "wobble" of older Thorens' sub-chassis that was caused by the pull of the starting up motor is prevented in a simple and ingenious way by using a wire anchored to the base plate that is guided by foam to calm it and which is gently pre-tensioned to support the precise piston-shaped stroke of the sub-chassis thus preventing it from moving towards the motor. The cable can also be retensioned by the service department if necessary. The conical springs are filled with damping foam, which reduces vibrations of the sub-chassis.

An aluminum plate between the platter- and arm bearing provides additional stability and stiffness. It provides a stable resistance to relative movement of these parts, which would result in loss of information. On top the complex interior is covered by a low-resonance aluminum sandwich with a plastic grid core in between.

Thorens' manifold tried and tested TP92 with its characteristic resonance ring on the internally damped aluminum tube is used for the tonearm. In the final version, it is fitted with a scaled counterweight, which should render the otherwise necessary use of a tonearm scale obsolete.

As mentioned above, the TP92 can either be conventionally operated via a manual lift at the arm base, or automatically. Then the tonearm is moved at the touch of a button accompanied by a quiet buzzing of the motor-driven and even patented lift mechanism, which is coupled to an auto-return mechanism that lifts the tonearm out of the groove at the end of the record and stops the motor. This convenient feature however comes at a high surcharge of 500 Euros, which separates the otherwise completely identical TD1600 from the TD1601.

The turntable, flawlessly built by a dedicated manufacturer in Taiwan, is supplied without pickup. Gunter Kürten had adjusted Audio-Technica's AT33EV for the first listen, but he also already showed us the prototype of his own Thorens MC, which is expected to be available for 1200 Euro in the second half of the year and will be built by a Japanese specialist using a boron needle carrier plus diamond with an elaborate "SLC" cut. Uh, wait a minute, that would be pretty much the same as the Audio-Technica AT-ART9 for 1050 Euro, which has been with us since September 2018 and which we then installed instead of the AT33EV.

That was a very good idea, as the fine and playful pace and the exquisite resolution of the ART9 were a perfect match for the drive and tonearm. The very first song we heard from the new team, Lyn Stanley's superbly recorded "Blue Moon", left us speechless. The perfectly resolved, yes, almost deeply relaxed, but perfectly organized playback filled the space between and around the speakers, it had charm and exactly the silky-sonorous timbre that Miss Stanley and her companions had in mind during their direct cut.

This set the scene of what we were about to hear with all our records: an unexpectedly distinct, unadulterated naturalness without any artificial artefacts that would otherwise remind us that, despite all the perfection, a hi-fi device was playing here. In terms of timbres as well as other audiophile premises, the TD1601/ART9 duo made us almost forget this. The size of the spectrum as well as its natural spread in every direction contributed as well. This exuded real HighEnd flair!

Even the rousing opener of Diana Krall's Paris concert – a listening test evergreen – sparkled with liveliness and details, conveying an impression of its speed without the turntable appearing nervous or even rushed. On the contrary, it captivated with an easily flowing and yet exactly set timing and always headed for the rhythmic redirection points with calm precision. The high-quality, potent external power supply certainly contributed as well.

The Thorens did all this with the sovereign attitude of an expert. Whatever we put on, the TD1601 was a delight. Bass lines did not seem like chiselled from granite, but rather the lower layers had a very airy nature, although still being well contoured and drawn with dry conciseness, for example in James Taylor's crisp "Her Town Too". This harmoniously rounded off the distinct floating lightness in its performance – and provided for great listening pleasure. In fact, this result is available with the TD1600 plus ART9 already for 3550 Euro and should be unique at this price.

We went on to see whether this completely unpretentious musicality could also be achieved with more affordable pickups. The answer is yes and no! In combination with Ortofon's Quintet Black S for 830 Euros, the basic character changed, the result became audibly fuller, more fundamental and more substantial, and although it remained open and relaxed, it lost some of the audiophile explosiveness and grandeur that was still there a moment ago. By the way, the TD1601 already presented these audiophile qualities in more than just a rudimentary form with Audio-Technica's AT33EV, which costs just around 430 Euros.

Those who like it emphatically "analog" will probably find their dream device in the new Thorens with the vast majority of currently available cartridges. The Thorens itself prefers pick-ups with a rather delicate and slender character and it really starts to shine if combinded with such.

So much so that we even fitted Transrotor's Figaro for 2500 Euro to the TD1601 and let it run alongside the identically equipped, huge Rondino Nero. We connected both players symmetrically, which offers clear advantages in MC operation. As expected, the much more expensive Transrotor drive showed the sub-chassis newcomer's limits with more gripping bass, increased dynamics and a more structured imaging, but the Thorens achieved respectable success in the unequal match – not only because of its charm. In the end, the combination with the ART9 once again proved to be a perfect combination. We are curious if Thorens' own TAS1600 will be able to top their harmonic cooperation.

An so the TD1601 effortlessly connects to the successes of the great Thorens era, skillfully transforming the traditional Thorens DNA into the modern world. Congratulations to Gunter Kürten and his team of developers. This brings the legendary Thorens spirit back to the top.

The first "real" Thorens of the new era is a hit. It succeeded in preserving the typical characteristics of the legendary models in a more modern form allowing them to blossom once again. All that with immaculate workmanship and at an astonishingly low price, which, in combination with the perfectly matching pickup, makes the TD1600/1601 one of the strongest contenders in its class. The sound rating is based on the combination with Audio-Technica's most suitable AT-ART9. 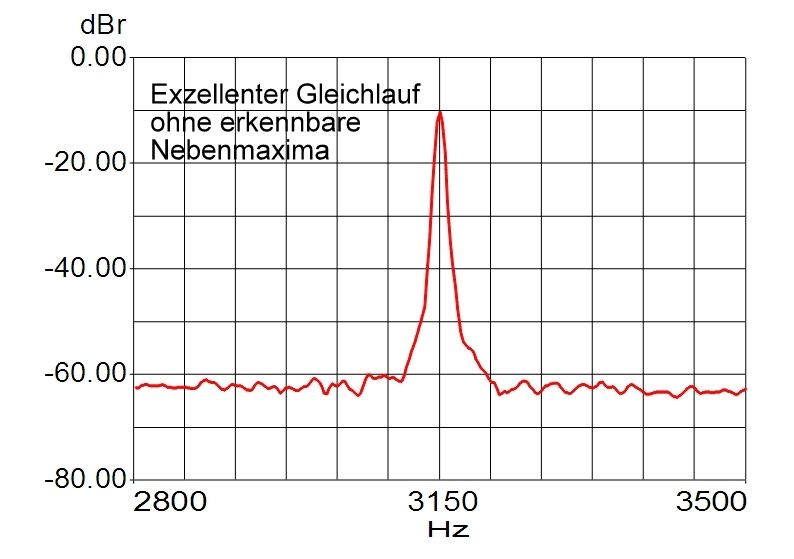 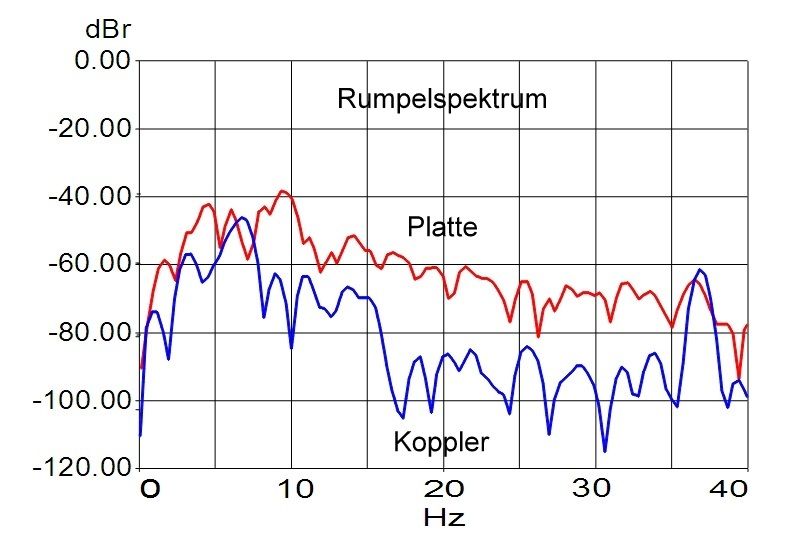