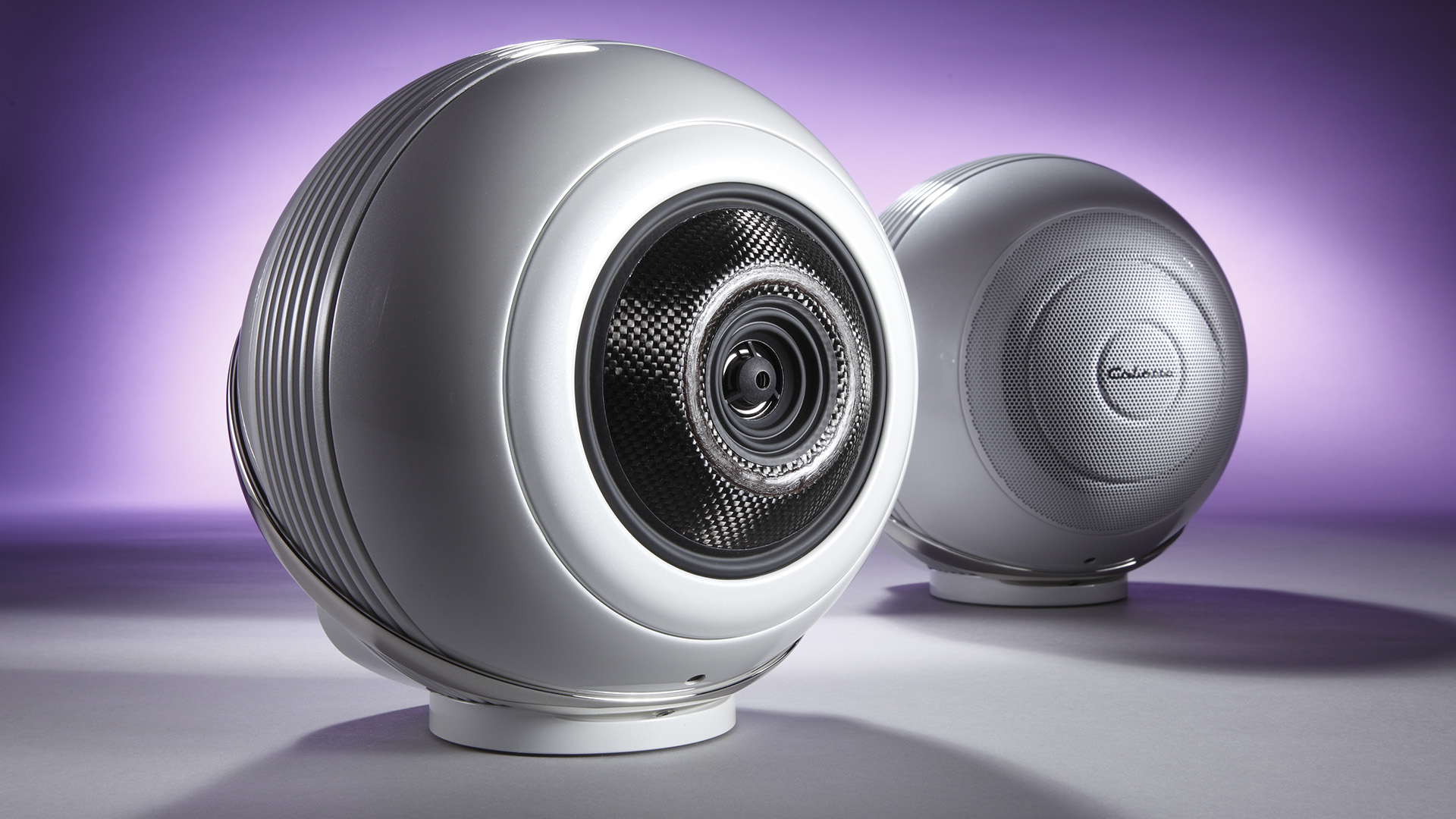 Cabasse follows up its active and smart "Pearl" with the smaller "Pearl Akoya". Maybe the "little sister" is even more attractive...

After Cabasse's sensational smart music system "Pearl" – simply calling these spheres "normal" active loudspeakers clearly does not do them justice in view of the many connection and streaming options – the French manufacturer has recently downsized the package to the smaller "Pearl Akoya".

Already the "normal" Pearl was certainly not a very huge speaker, at about the size of a medicine ball. However, it nevertheless distinguished itself with an enormous bass pressure that could turn out to be rather difficult to handle in smaller rooms.

As compact as it is great

In the new model "Pearl Akoya" with the rough dimensions of a volleyball, the powerful 25 cm bass driver in coaxial arrangement gave way to a smaller 17 cm driver to fit into the new cabinet size. The amplifier power has also been reduced from 1600 to 1050 watts, which should still be "sufficient" for more than just most applications. Especially since the amplifier power is of course doubled in stereo mode with two Akoyas. This means that in the mid-high range 2 x 300 watts are available per speaker and 450 watts for the bass. Only very few people have separate power amplifiers with at least 2 x 450, let alone 1 kilowatt of added output power in their home system. Still, the Akoya is hardly going to be used to play in huge halls.

The bass power remains outstanding, but it seems more domesticated. Externally, one of the two decorative aluminum rings on the cabinet was removed – we would still prefer these to be matt. The cabinet is made of a multiple centimeter thick, very tough resin composite with GFRP (glass-fibre reinforced plastic) and wood powder, just like in the bigger Pearl. It is very hard to imagine the enormous pressure the sphere has to withstand at maximum level. During pre-production tests some other materials simply burst due to the sheer force. A mix of materials with almost opposing properties was needed, which would drive the weight of an Akoya together with the high-tech coax-driver and the amplifier to almost seven kilograms. The custom-made and protective transport bag is therefore an extremely good idea.

The equipment of the Cabasse Pearl Akoya is otherwise very similar to that of the bigger Pearl. There are only two minor concession due to the smaller size: instead of analogue RCA inputs, the Akoya has a jack socket with RCA adapters, and instead of normal USB it has a micro-USB input. However, since both adapters are included with every box, this is not a real drawback at all. Every component connected to an Akoya, whether it is for example a turntable, USB stick or a TV, is of course also made available to other Akoyas, be that as a stereo pair or in a multi room setup.

Fully network-capable as it is, the Akoya can also access servers or streaming services via the app. It processes digital signals with up to 32 bits and 768 kilohertz. Each individual speaker is initially calibrated, which takes just a few seconds and can then be adjusted to your own tonal preferences, for example slightly more "brilliant" or "fuller". The smaller Pearl can, in fact, sound even somewhat better and more coherent than its big sister – at least in small to medium-sized rooms. That is not only due to the more "civilized" low-frequency range but also to the now finer adjustable sound calibration of the in-house Stream Control app. It may be true that this makes it less spectacular in the most positive way, but we still didn't miss anything – especially not the big Pearl's incredible ten Hertz (!). With the Akoya the bass is wonderfully deep, contoured and crisp, and perfectly blends into the natural, graceful and vivid sound image.

And it even sounds great!

Due to the completely identical equipment in the mid-high range, which is reproduced by a bending wave driver, no difference can be detected here – which in turn means that you are going to love the Akoya. In general, the Pearl is already a huge success and it can be assumed that the family will get even more members in the future. We are betting on a Mini and a Maxi Pearl. It is not too difficult to predict this, considering the previous model policy and the models themselves. Home cinema options are also possible, maybe with some sort of a Hub – however there is nothing certain yet. The sound of these cute balls that are available in black and white is just great – there is no question that quite a few customers will instantly fall in love with the small Pearls.

In this reduced and concentrated form, it comes even closer to the physical ideal of a point source and reaches absolute top form. Precision, dynamics, physicality and joy of playing: it's all there for example with "Ivy" by Donald Fagen. At the time of testing, the beautiful Akoya stands (at 300 Euro/piece) were unfortunately not yet available, nor were the wall mounts for around 99 Euro. In any case, the whole system is well thought-out and extremely attractive.

Cabasse's Pearl Akoya seems to be extremely versatile and universal: on the one hand it definitely doesn't need a subwoofer, while on the other hand it also doesn't require a room beyond 30 square meters. And although I do like compromises in politics, I don't when it comes to music. Which is one of the reasons why I like the Akoya so much.

The smart and active Pearl Akoya follows in the footsteps of her bigger sister. Slightly less power and more compact, the bass is still incredible, though toned down and thus more suitable for smaller rooms. Equipment, ease of use and sound remain at a very high level despite costing half the price of the big Pearl. Comfortable room correction included. 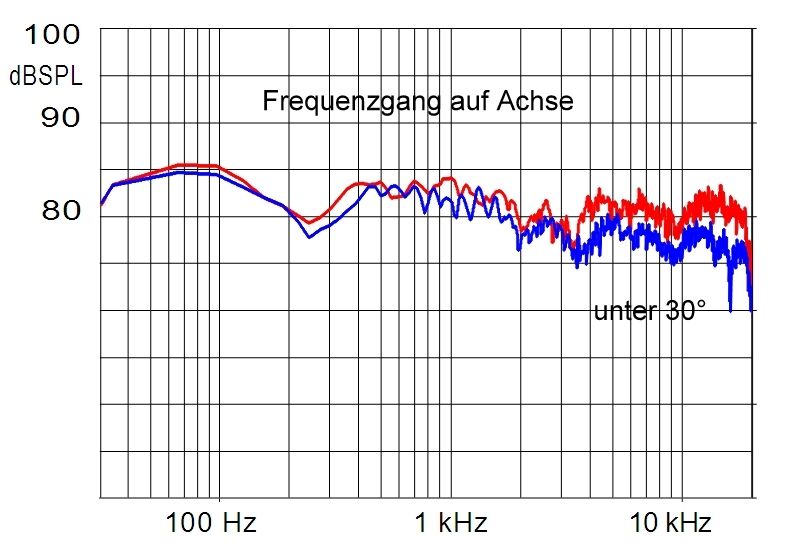 The frequency response is quite linear, also the radiation pattern is good due to the spherical shape: even clearly away from the axis the high frequencies hardly drop off. Due to the DSP's delay (separately adjustable for TV/HiFi) the measurement is rather difficult. Slightly emphasized bass. Tip: first measure each speaker individually in the corner and only then place it in listening position. The tone control in the app also makes adjustments possible.

What we have used for this review