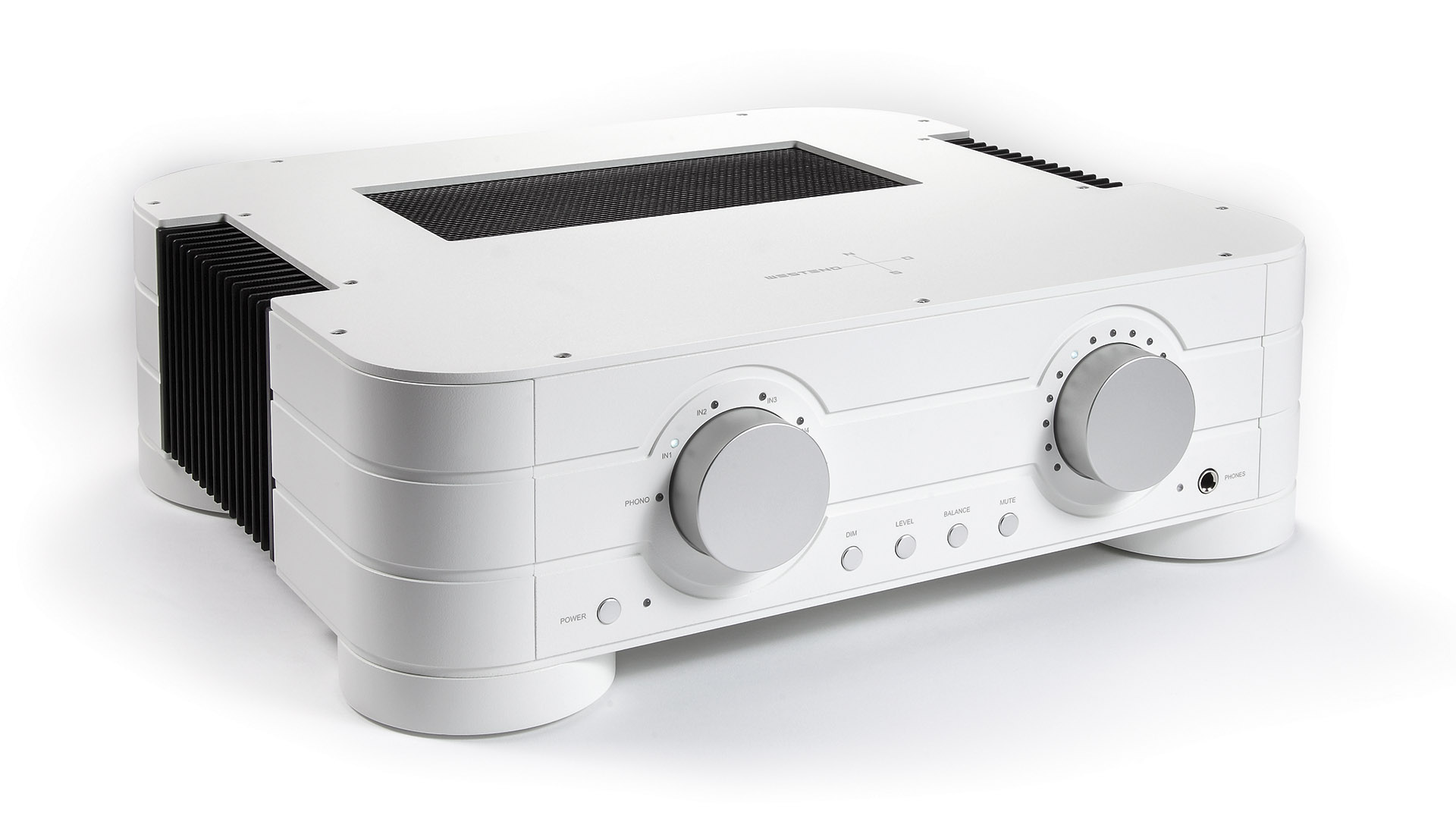 Beware the Lion – 300B single-ended triode amplifier. This sounds frightening for some and makes other‘s eyes sparkle. What is it about the myth around the 300B and what makes the Westend LEO so special?

A respectable number of HiFi-friends wouldn‘t even think about a tube amplifier. Too exotic, too old-fashioned and due to the glowing tubes rejected as highly alarming. In addition, there are apparently „knowledgeable“ people who use a trace of arrogance to casually sprinkle terms such as clamping grids, cathode circles or working points into a hi-fi conversation. Many people, thus, think it‘s too complicated for them and rather keep their hands off it. That, dear readers, is a mistake, believe me.

Tube amplifiers are, in fact, very simple circuits, while modern, „smart“ amplifiers are incredibly complicated. These HiFi computers can from time to time really annoy you. Just think of Grandma‘s old radio, which has been playing in the kitchen for more than 50 years and still amazes many contemporaries with its rich sound. And grandma also didn‘t know anything about the double triodes that did their work inside the wooden box.

For tube connoisseurs, the box below contains valuable information about the Westend LEO‘s extraordinary circuitry concept. To all others it should be said that even without this knowledge one can easily approach this exceptional amplifier, whose name „LEO“ comes from the Munich favourite football team „1860“ of Stefan Trog, the mastermind behind the Westend Electric brand.

To understand this amplifier, we do, however, have to first talk about tubes. The 300B amplifier tube is known worldwide as the queen of tubes because of its unique, beguiling sound, which is still unparalleled today. The music is presented in a springy, light and effortless but nevertheless powerful way, with timbres and depth of the finest.

However, the 300B tube has a disadvantage that cannot be ignored: the maximum performance lies in the „single-ended“ circuit, i.e. with only one tube per channel in Class A single-ended mode, at about six to eight watts. In the early years, when such amplifiers were used in cinemas, extremely efficient horn loudspeakers were used, which managed to produce sufficient volume with so little power. Such horns are still popular with many today, but are huge due to their design and are only suitable for listeners with sufficiently large living spaces or highly tolerant companions.

This is where the developer Günter Mania comes into play. After almost 80 years of tube history, he succeeded – like a stroke of genius – in generating an output of more than 16 pure tube watts out of a 300B tube without sacrificing the tonal character or quickly burning up the expensive tubes. Here is an attempt to explain this in an understandable way: power-consuming work, which is not relevant to the sound during amplification, is done by transistors instead of tubes.

It‘s like braking a multiple ton heavy coach bus: there, as well, the servo brake takes over the effort, while the driver‘s finesse is responsible for smooth, gentle braking. Of course, 2 x 16 watt output still isn‘t very much, but there are enough speakers of all price classes with sufficiently high efficiency and dimensions suitable for living spaces that manage to implement the sound provided by the LEO. The choice of suitable loudspeakers should be made carefully with extended listening sessions.

Speakers of low efficiency can be ruled out in advance. If necessary, ask the manufacturer or dealer for advice on your choice. Once you‘ve found the right partner, the LEO will enchant you with its finely crafted sound and powerful bass. The quality of the workmanship and surfaces are flawless and available in almost every conceivable variation: anodised, powder-coated in any color, chrome-plated or gold-plated, almost anything is possible.

Not a big surprise, as one of the businesses of Stefan Trog, who developed and sells the amplifier together with Günter Mania, is the surface finishing of metals. The housing is made of machined solid aluminum parts, which protects the tubes inside from vibrations and air oscillations like a shell. But not only the optics and the revolutionary circuit concept characterize this amp. A multitude of modern technical treats are added.

Via Bluetooth you can stream from your mobile phone, with Android devices even in AptX, which sounded surprisingly good and which we enjoyed a lot. Not to be compared with music from the finest players, but great to go on a musical voyage of discovery at Qobuz or to provide a party with playlists. Furthermore there are four high level inputs available, two of them Cinch/RCA and two balanced XLR. Each input socket can be individually adjusted to different input signals and stored in order to eliminate any differences in volume when switching the feeders.

The LEO also has an MM/MC phono input with integrated phono pre, which is constructed in semiconductor technology, sounds excellent and does not give rise to an immediate demand for an external phono pre. The MM input has an impedance of the usual 47 kiloohm, the MC input is fixed to 1,000 kiloohm and can be adapted to the various pickups via load plugs. The dealer will supply you with these plugs with the appropriate values for your system.

A headphone jack is fitted on the front, so nothing is missing to make the owner happy. Input and volume controls have dimmable LEDs and, like all controls, are remote controllable. Even a balance control is available. At startup, the amp slowly boots up, making a BIAS adjustment each time and checking the tubes, making it easy for anyone to change them. All inputs are also checked during start-up. If nothing is found, the amplifier is ready for use after about one minute. In order to reach its full potential, a half hour warm-up phase is recommended, but after that there is no holds barred.

We have heard music of all kinds, from hard rock to soft club jazz to great orchestral works. When the volume is too brute, the Leo can, of course, not match the power of a few hundred watts, especially when contemporaries want to be continuously listening at the limits. What fascinated all the more in the listening tests was again and again the tight, dry, precise bass. Whether tabla drum beats by Anne Vada or the bass drum of the Bollock Brothers – everything was performed cleanly and never thickened. The taut sound of the drum skin or the body of stringed instruments was reproduced credibly and naturally.

Even Boris Blank‘s beats did not miss anything. They came perfectly solid and bone dry, while Malia‘s voice embedded in it offered the unique 300B-melt that is second to none. When Quincy Jones played Take Five, it had the feeling of a live club, the feet inevitably began to tap the beat, and the listener‘s everyday life was quickly shaken off.

Classical orchestral recordings were perfectly sorted and placed with as much width as depth in the room. Strong dynamic jumps like in „Dance of the Tumbler“ by Nicolai Rimski-Korsakow on the Tutti CD were reproduced cleanly with full pressure. One could get completely lost in deeply touching recordings like Arvo Pärt‘s „Musica Selecta“ or the soprano voice in the piece „Solo to“ by Marshall & Alexander.

The LEO convinced with relaxed naturalness, played colorful and highly musical. Combined with the, for a 300B-amplifier extraordinary power and dynamics, you can‘t help but wondering how to get hold of one. It‘s a feast for the eyes and ears that can make music gourmets addicted. This amp is recommended not only for nostalgics, but for anyone who is willing to open to the magic of the 300B tube.

Definitely being a highlight in terms of sound, the LEO also opens up a new dimension of performance for a 300B-SET-amplifier thanks to its sophisticated circuitry. We can congratulate anyone who calls this optically fascinating, technically advanced and musically superb amp their own. 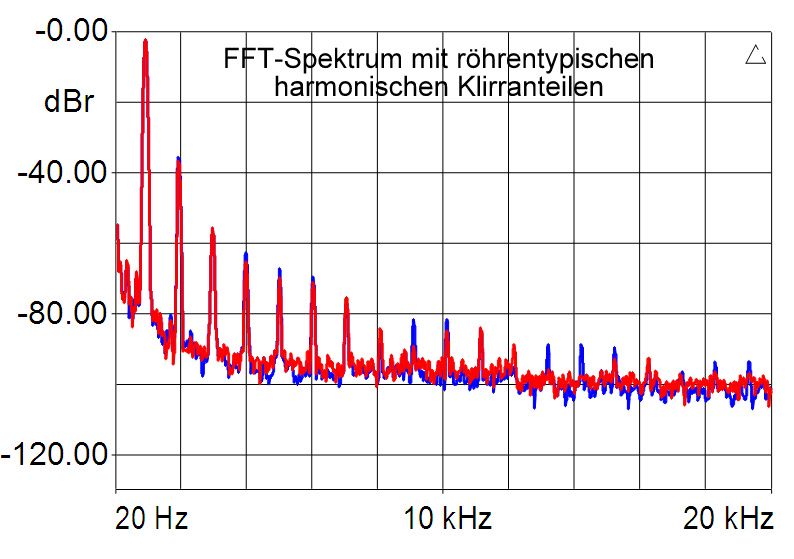 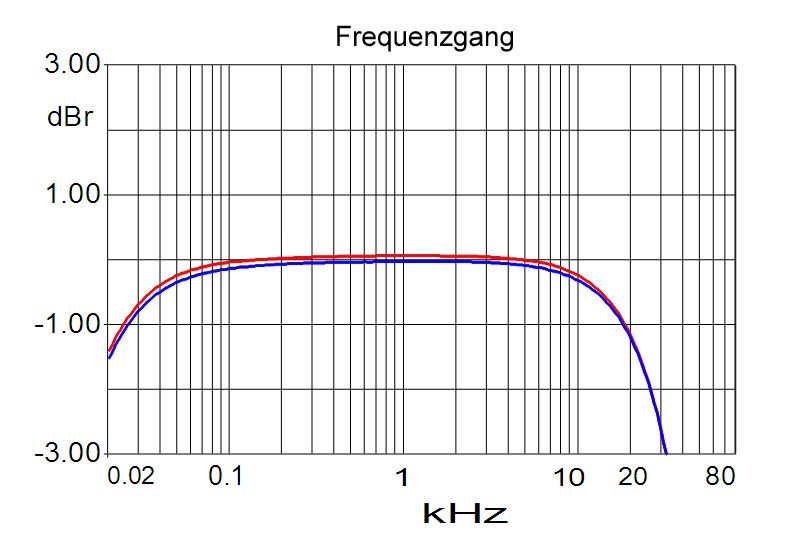 With an acceptable 3 % distortion the amp delivers an amazing 2 x 16,3 watts into 4 ohms. Very clean, tube-typical measurements and an excellent frequency response. The attenuation is low because there is no feedback.

An in-depth look at the technology

Westend developer Günter Mania, who has also been with AVM since the very beginning and is also chief developer at Western Electric USA, has inaugurated the US patented circuit of the LEO. The whole thing is so complex that we would need three full pages to describe everything in detail, so here are the most important factors: The front end of the LEO, i.e. the signal processing, was designed exclusively in semiconductor technology, directly behind the input sockets are impedance converters, which transmit the signals with low impedance. In the backend, i.e. the power amplification, there are only tubes.

Usually, 300B tube amplifiers in Class A circuit are designed with three-stage concepts, i.e. two amplifications of driver tubes in a row and then the output to the 300B power tube. With the LEO, however, only one ECC 81 in parallel connection of both systems with low impedance takes over the task. Thus, the output stage has a two-stage design. Two identical triodes compensate each other as they are 180° out of phase, thus eliminating distortions to a certain degree. There is no negative feedback in the whole circuit, because, according to Günter Mania, it is poison: „a tube wants to play free“.

The 300B is heated with DC voltage to eliminate further hum. In directly heated tubes, the cathode is also the heating coil. With the LEO, the LC-sieved DC voltage comes from a switching power supply and not from a transformer winding as usual. Therefore, mains fluctuations are not passed on to the tube, because the switching power supply always delivers a constant voltage of five volts to the tube between 80 and 260 volts.

In the LEO, the grid of the tube is driven up to the positive voltage range in order to reduce the saturation voltage of the tube, which limits the drive. This, however, requires DC coupling because the grid begins to draw current from the drive circuit at voltages in the positive range. For this reason, the usual coupling capacitors, which also transmit alternating voltage, are not connected in front of the grid as they are charged when a direct current flows and thus become a „memory“ for previous overloads.

But this alone is not enough to draw more power from the tube without stressing it too much and thus causing high wear. Günter Mania has developed a semiconductor circuit that converts the existing current source into a negative resistance and thus generates a „servo effect“ that relieves the tubes. With this support, the 300B is able to provide almost 16 watts, which we measured in our laboratory at 3 % Klirr and 4 Ohm, which is justifiable and common in everyday life. Above this level, the sound begins to become unpleasant, so we measure at 3%. In this circuit, the sound characteristics of the tube are preserved, and the wear is no greater than in normal operation. Chapeau!

Finally, a word about the tubes themselves. According to the data sheet, operation in horizontal position is problem-free and permitted if it is operated in the correct position. This is guaranteed by the different thicknesses of the socket pins during insertion. The LEO checks all systems during start-up and automatically adjusts the BIAS of the tubes so that the tubes can be switched to another pair at any time and without any adjustment work on the part of the owner. In the LEO 300B tubes of ShuGuang are installed, as soon as the again resurrected company Western Electric in the USA takes up their tube production, which supposedly happens this year, Western Electric tubes are offered optionally.