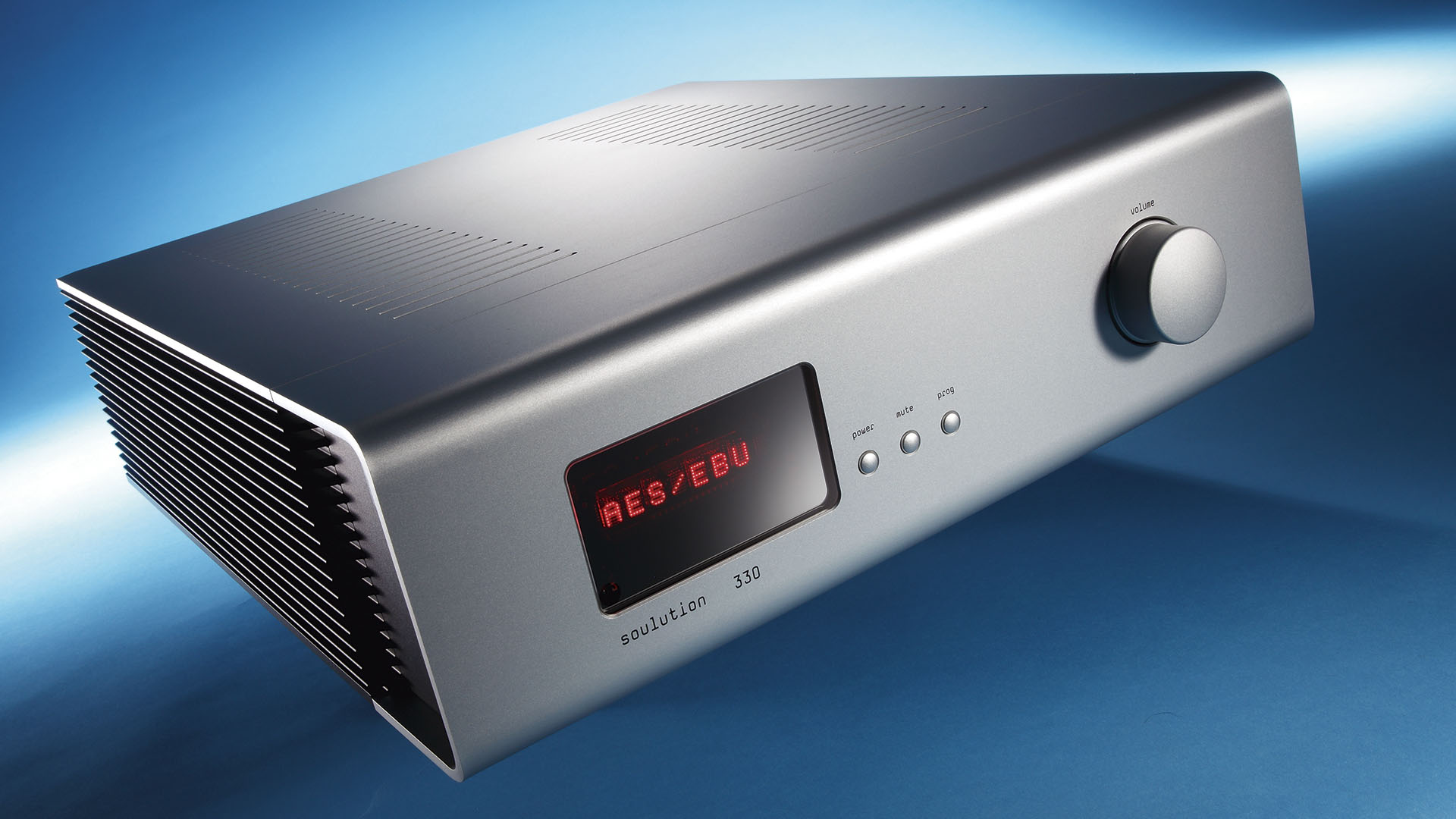 Although it is neither antique nor adorned with diamonds, the Soulutions 330 integrated amplifier turned out to be an exquisite high-end jewel. Of course, the fact that it is both rare and expensive contributes as well.

Like in a popular TV show, where curiosities and antiquities are examined and evaluated by experts, to then be sold for considerable amounts of money, at STEREO we also frequently stumble upon real highlights – like the Soulution 330. Not that our test equipment gallery lacked sophisticated pieces of gear, but the entry level component of the exclusive Swiss brand is undoubtedly something really special.

It is also extremely rare: at the time of writing, it is mainly a single shop, "My Sound" in Starnberg, that sells Soulution in Germany. However, owner Wolfgang Linhard has recently acquired a few other attractive sales partners. Looking at the price tag of the 330 as well as the German income statistics by region, in which Starnberg ranks first, reveals one reason for the rather selective approach: the Soulution mainly caters for a wealthy clientele.

And yet there is neither nouveau-riche style "blingbling" nor any kind of pretentiousness. Rather, the 330 appears unobtrusively simple with a flawlessly and finely finished surface. Its design reminds of Bauhaus and uses a combined turn/push control, three buttons and a red-illuminated, three-level dimmable display that set discreet but effective accents. Of course, the omission of more glamorous touches just underlines the noble appearance of the integrated amplifier, which costs almost 17,000 Euros in its basic version.

The short but hefty surcharge list only features two items: an optional digital module for around 4,000 Euros and an optional phono MC module costing about 3,000 Euros. They can be implemented during production or retrofitted later by an expert. Our test device came fully equipped and thus empties the account by about 24,000 Euros. Obviously this price tag heavily limits the number of potential buyers. On the other hand, one can hardly drive one minute on the open road – not only in Starnberg – without a luxury car of the 100,000 Euro league rushing by. It is probably also a question of priorities...

Let's see what you get for all that money. The first impression when lifting the amp was quite sobering: contrary to our expectations, the unusually deep amp does not showcase its class by its mass and weighs just 18 kilograms. The effort in materials and construction is however present as expected – Soulution just takes its own approach about it. Thus, instead of huge transformers with protruding capacitor banks, Soulution uses the latest technology in an equally innovative and consistent design.

Four switched-mode power supplies cater for the power amplifier. They are clocked at 80 kilohertz, so that each half-wave of each of the two channels has its own supply unit. That is a very special implementation indeed! Soulution sees advantages in this concept not only in the speed and extreme impulse capability of the amplifier, but also in the achievable channel separation through the continuous "mono mania" with all its positive effects on the spatial image. By the way, both goals were fully confirmed by our laboratory. For the input and preamp sectors, including any digital and/or phono cards, there is another separate switched-mode power supply close to the inputs.

There are four analog inputs, two each in RCA and XLR versions. Owners of the digital board have an additional four "binary" inputs including USB interface and LAN socket for UPnP/DLNA streaming, with data rates up to 24bit/192 kHz (PCM) or 5.64 Megahertz (DSD) depending on the input. Four selectable digital filter types allow fine tuning of the sound image. In the optional phono stage, the impedance can be selected in record-breaking 20 ohm steps from 20 to 1260 ohms.

Speaking of the menu: many useful and comfortable features can be called up and set there, as for example a 180-degree rotation of polarity, a maximum volume level – very useful for parental control – or the clever "Phase EQ" for the digital sector, which compensates for even minimal phase drift in the high-frequency range. For phono listeners there is also a subsonic filter available.

In the large STEREO listening room, the Swiss artist underscored its claim, manifested in price, effort and workmanship, with a performance of the highest order by effortlessly releasing a highly refined, live-like shimmering and organic sound image out of any loudspeaker. If one were to emphasize a few points within the polished performance, these would be the incredibly natural mid-range, which is seldom heard so free of affect and convincingly, the dynamic speed and above all the wide, perfectly staggered, three-dimensional stage, which places the actors physically and sharply outlined in front of the astonished listener. A special applause is due here!

And for the modules as well, among which the digital card stands out, which sounds soft as butter, very delicate and incredibly touchingly harmonious in its preparation of all data streams. Whether CD, DSD or PCM high-bit sources – the Soulution presented them three-dimensionally, with breathing life and without any digital artifacts. In view of this small miracle, the MC-phono part, which sounded particularly clear and open, was second place, although it also played wonderfully und let us completely forget about the surcharge.

So the 330 quickly shifted our opinion from "expensive" to "great"! Although this amp devours a lot of "cash", it also offers a lot and especiall a rare listening pleasure.

With its smallest amp, Soulution delivers a sparkling showcase of its amp building skills. The innovative 330 is packed with effort and know-how, which settles in a high-class, natural and three-dimensional sound picture. Not cheap at all, but worth its price! 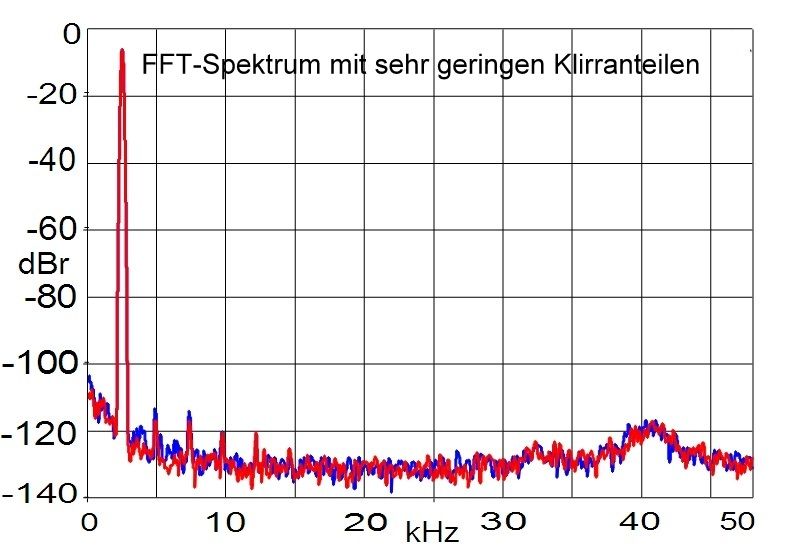 Appropriate continuous and high pulse power, low distortion, first-class signal-to-noise ratio and extreme channel separation, the high power consumption in idle mode is due to the extended Class A operating range of the power amplifiers.