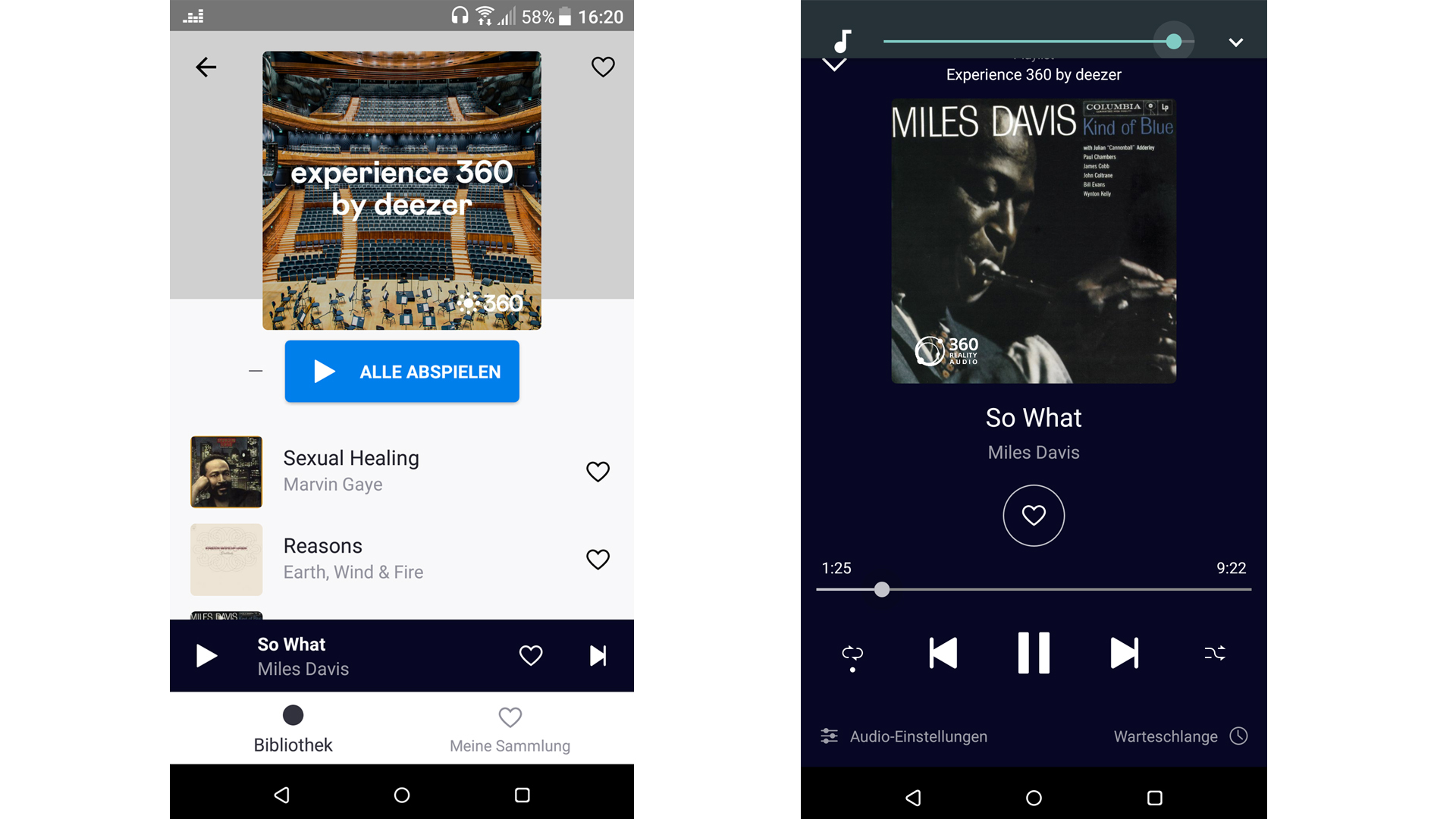 Now it's getting serious: the music streaming service Deezer now offers a special app for iOS and Android that can access and decode the new 360-degree titles .

The app is called "360 by Deezer" and the "immersive" playback should work with any headphone. A Deezer HiFi subscription is required. For the start, titles by Aerosmith, Britney Spears, Earth Wind & Fire, Marvin Gaye and Miles Davis, for example, are available in the 360 app. The albums can be accessed via the "Discover" button or the alphabetical artist list. A curated 360 playlist is also available. The music catalogue of 360 Reality audio titles is to be constantly expanded. Sony has developed a special app for some of their own headphone models for optimum all-round reproduction.